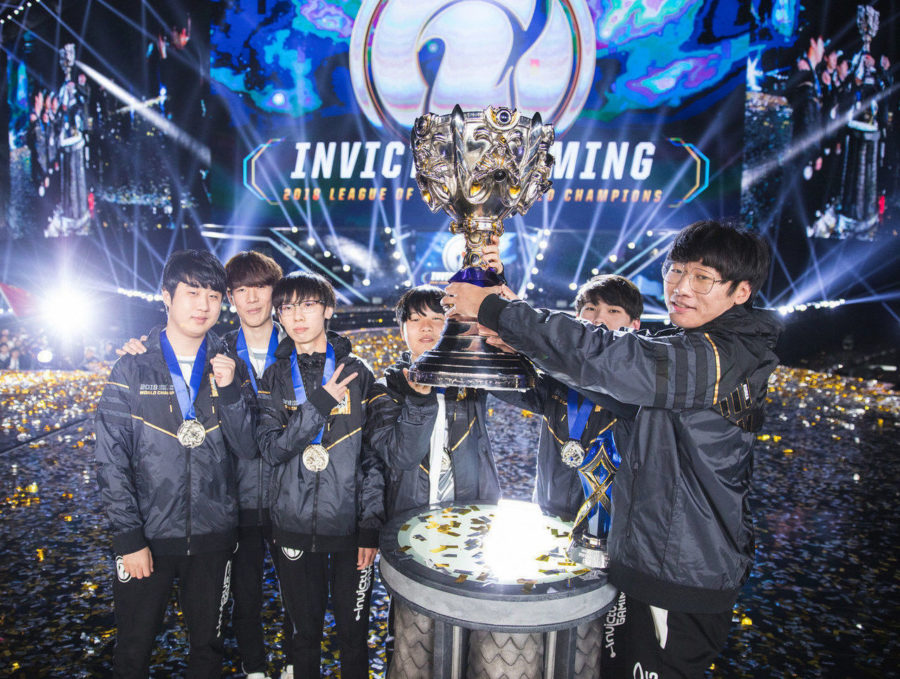 On Saturday, Invictus Gaming swept Fnatic 3-0 in the grand finals of the League of Legends World Championship.

IG’s victory made them the first non-Korean Worlds winner since 2012, and the first ever Chinese champions. Despite knocking out tournament favorites KT Rolster in the quarterfinals, IG fell to Fnatic in the group stage, allowing the Western squad to finish first in Group D.

The finals themselves ended in anticlimactic fashion with IG dominating Fnatic in all three games.

BLAST Pro Series marks Na’Vi’s fourth championship in 2018, following their wins at StarSeries Season Five, the CS:GO Asia Championship, and ESL One: Cologne. Since Cologne, they’ve come up short at two big events, the FACEIT London Major and EPICENTER, where they lost to Astralis and FaZe Clan, respectively, in the grand finals.

Ukrainian superstar Aleksandr “s1mple” Kostyliev finished the event with a 1.43 HLTV 2.0 rating, the highest of any player. HLTV named him the tournament’s MVP, an accolade that s1mple has now earned for the fifth time.

On Sunday Tigers edged out Natus Vincere 3-2 in the grand finals of Corsair DreamLeague Season 10 to secure themselves the final spot at this week’s Kuala Lumpur Major.

#feelsgoodman to finally qualified for this KL Major! 💪Who’s hyped to see tigers compete at our very own SEA region? 🔥#roartigers https://t.co/5vSoa50KSd

Tigers’ victory is a significant achievement for the newly-formed squad, not only because of the $125,000 and 120 Dota Pro Circuit points they were awarded, but a coveted spot at the season’s very first Major. Tigers captain and support player Sivatheeban “1437” Sivanathapillai took home the tournament’s MVP award on account of his excellent drafting and support play.

South Korea emerged as champions of the Overwatch World Cup for the third consecutive time on Sunday as they swept China 4-0 in the tournament’s final best-of-seven series.

The South Korean team has yet to drop a single match in any of the Overwatch World Cup’s iterations. This year, their toughest matchup ended up being a feisty United Kingdom squad who South Korea met in the semifinals. After dropping the first map, the U.K. roster managed to eek out two consecutive draws against the South Koreans, who eventually closed out in series with a remarkable comeback in the series’ fourth and final map.

StarLadder will play host to the 2018-19 Dota Pro Circuit’s second Major in Chongqing, the tournament organizer announced on Monday.

🔥You’ve waited long enough! The time has come to reveal the second Major of the DPC 2018-2019 Season. StarLadder is taking the DPC to China, and we’re bringing all the talent with us. 🔥#dota2 #dotasltv #ChongqingMajor

As with all Majors, Chongqing will offer $1 million in earnings as well as 15,000 DPC points. StarLadder plans to organize the event alongside ImbaTV, and the entire English, Russian and Chinese broadcast teams are slated to work directly from inside the venue.

Fifteen of the attending teams will be decided by Open and Regional Qualifiers, with the 16th spot being awarded to the winner of the Bucharest Minor. All qualifiers for the Chongqing Major will be held from the 25th to the 30th of November across 6 regions: North America, South America, Europe, CIS, China and Southeast Asia.