Around this time every year, Riot releases a couple of new heart-themed skins for Valentine’s Day. This time around those skins are going to Jinx and Yuumi.

Like previous Heartseeker skins, these two are all pink and purple, and everything about them is looks like a heart, including Jinx’s deadly arsenal. Jinx also has new red and pink threads that match her purple hair, and teddy bear-adorned rocket launcher.

Yuumi’s book turns into a heart when she uses her ultimate ability, and her purple fur is decked out in pink accessories. This is the first time that either of these two champions will be getting Heartseeker skins. 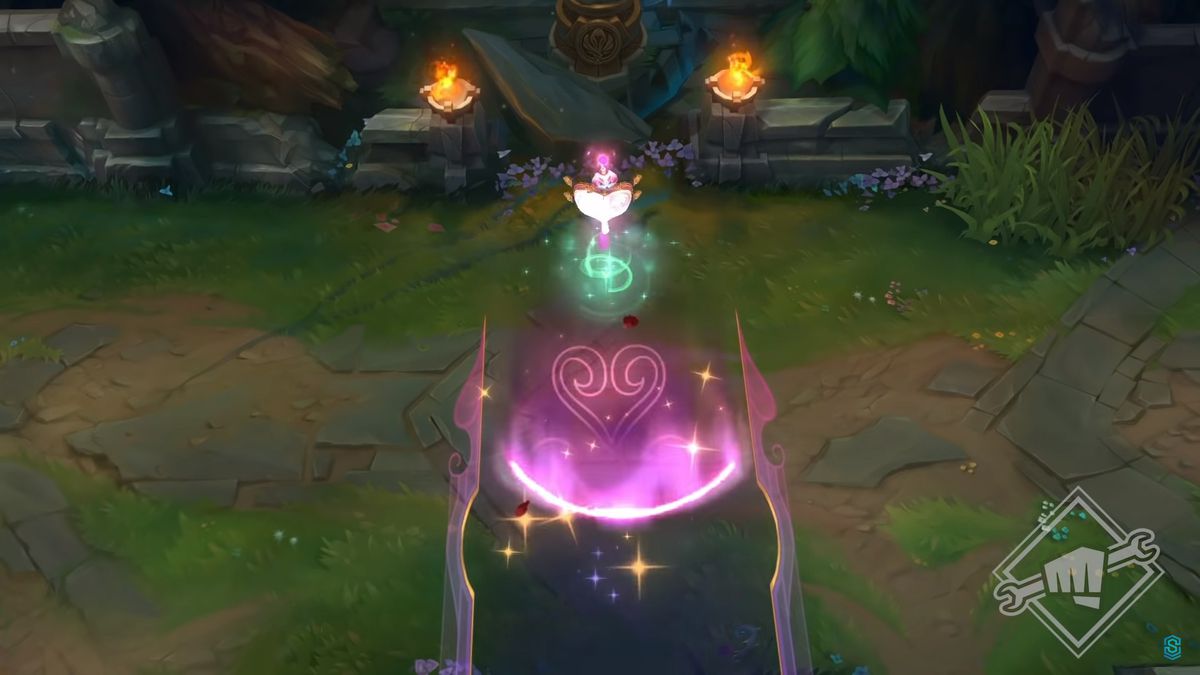 Last year’s Valentine’s Day skins included Heartpiercer Fiora and Heartbreaker Vi, and the bot lane duo of Xayah and Rakan, who received Sweetheart skins. While we don’t know for sure what the price of these skins will be, last year’s skins were 1350 RP, so that’s probably a good guess.

These new Heartseeker skins are on the PBE now, so it’s possible they could change before they’re released onto live servers next month. All of the screenshots in this post are from the Skin Spotlights YouTube video.