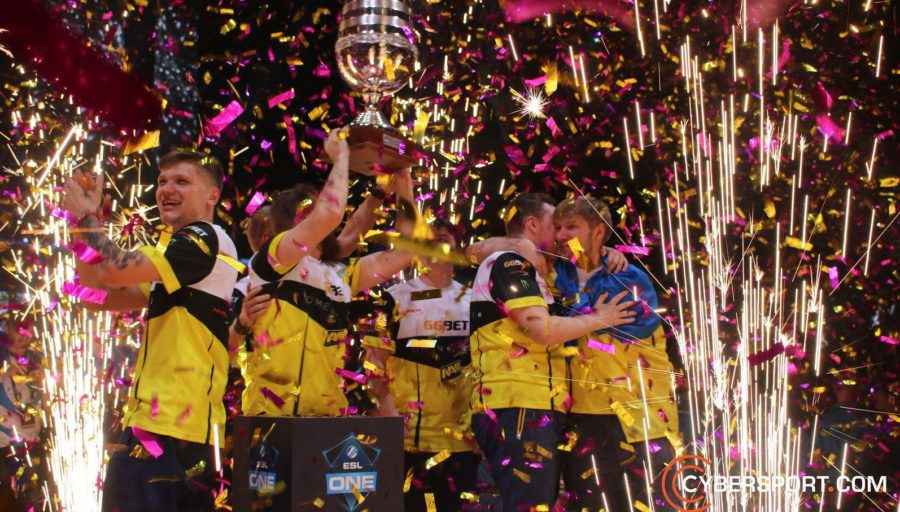 Mykhailo “Kane” Blagin, coach of Natus Vincere, talked to Gameinside.ua after reaching ESL One Cologne 2018 playoffs and later after the finals. He shared details of NaVi practice, the way they prioritize events and told how he was discredited by Gambit Esports.

You reached the playoffs from third place in the group, why not from a higher one? What are your impressions of the event?

My impressions of Cologne are great, it’s my second time here, the first one was with FlipSid3 Tactics during a Major, it was great back then too. They guys were here last year and reached semifinals, also noting the high level of this event. I personally can’t say I saw a lot of stages. The best one in Poland, when we won the Major with Gambit. When you go on stage, there was a noise you can compare with a soccer stadium. Thought for the most part, the most impressive one was still the Cologne 2016, when we went out of stage. Just imagine, we were a small team and were motivated by just going on the stage. I remember people cheering for us because we were underdogs. The format of the event is not fair for small teams, like ENCE. They broke out, played well, but never ended up playing in front of the crowd. ENCE deserved to play on a stadium. The group stage format favors strong teams.

You called ESL One Cologne a “warm-up event”, saying that you focus to win ELEAGUE. You said something similar about StarSeries early in the year. Isn’t that a bit too much “warm-up events”?

Look, right now we’re third in the rating. Sure it’s subjective in terms of calculating points, but it’s as close as it can get to showing a real picture. So, when we play against the teams higher than us in the rating, if we want to beat them our practice must be perfect. In addition to it there is a number of subjective facts that affect your preparations. For example, our Dota 2 has issues, to practice it or any other map to a certain optimal level, it means to go through a giant amount of work that you can’t do fast. You have to come to a certain understanding for players to find their roles and eventually optimize everything and get the necessary experience and knowledge. Practical training on a map is worthless without official matches. We were preparing Mirage to the Major this way, thinking that we knew everything, but in the end while  we beat weak teams but lost to the pressure of strong team.

Same thing this event with Duts 2. Yeah, we can come to a tournament, show our prepared strats and tricks, to win just $150,000. We can get $500,000 on ELEAGUE. Plus our opponents might prepare to us, leaving us with nothing to surprise them. So it is better to play in a more standard way here and practice some maps, while we will try to show our best form in Atlanta.

What are your main goals on this event?

We had little official practice on Train, so we wanted to play it more. We also need to get our Inferno together and thoroughly practice Dust 2. Those are out three main goals for the event. While practicing online we would’ve done less tactical work, so even if we would performer not the best, we would get our needed experience.

You had a lot more technical pauses and PC issues than any other team. Does that through you off?

No, not too much. The most surprising thing was when we were leading against ENCE 9:3, we had a good mood and we even managed to save it, but specifically after the technical pause we lost three rounds, each of them we should’ve taken. Thank God it all went well. Technical pauses can might not throw you off as much as they might get out back together when the team’s mood is getting hot, getting emotional. During the pause time players can calm down and cool off.

You lost to G2 and a had a tough game against ENCE in the groups. Do you think you underestimate your opponents?

In case of G2, we definitely underestimated them, but it was due to us almost not preparing to them at all. We simply went through our game and got to the PC. The first game is always crumpled for us, we needed time to enter our rhythm. But I can say that we played every other map much better than against the French. We played much worse in terms of communication and in-game mood. Losing to G2 gave us a certain boost, pushing us to a though: ”Guys, we will have to work in this. Nothing is gonna happen if we don’t push our best.” We had a certain laxity in our game before the event, I can even say that this loss is on me, because there was no preparation to the opponent. Nonetheless, this loss was useful for us. Against ENCE… On Dust 2 we are looking for us game and there is a certain progress there, we could’ve won, maybe even should’ve, but we lost. It’s not a big deal, because every played Dist 2 is another burst for us.

Regarding Dust2. There is a feeling that after your loss on this map in China against Virtus.pro, everyone realized it’s not as strong for you as was expected. What do you think about that?

Nobody really known how good anyone’s Dust 2 is. You might think that yours is good, but then you go in and see that things are not quite as good. There is a few official matches. Though we also understand, that our opponents consider our Dust weak, so our focus goes specifically on that map.

How much time do you need to properly prepare a map, like your hated Cache?

You can’t really answer this question properly, because right now in this Counter-Strike  the tactics matter less than personal execution. So you have to train five people to shoot well on their respective roles.

Can you share the details of your coaching method?

You definitely have to make our players work (laughs). I mean the Russian-speaking ones. Maybe this laziness is manifested with everyone, but let’s say that when you play professional CS, your leisure because your job and you have to do a lot of things that are not fun. Naturally, some people start to get lazy and slack. So you have to pay attention to them following the practice schedule.

I noticed that in your games the first player to go often carries the bomb. I’m not an expert of course, but is that a mistake?

We have five players in the team, whose experience has reached the maximum level. We can take any in-game situation and everyone would explain what is happening. But we are the kind of a team that needs to find a balance in game on one hand and keep our sanity on the other.Our emotion often go off the chart and that’s why some teams have an advantage over us. For example, Astralis play much calmer than us. When you are calm, you analyze the situation much easier and without any excessive information. So sometimes you can’t focus on simple things. That bomb thing is the simplest individual mistake, obviously

For the common esports fans you appear in the shadow of Zeus, and some even call you a “tag- along”. Does that hurt you or affect your work?

I can only hurt self-esteem. Work in a team is work of many people. We all coordinate.

Let’s say it like this. A good coach always needs a good captain. Zeus is the best captain in CIS. Don’t get me wrong, people saying that i’m a “tag-along” of Zeus doesn’t hurt my self-esteem, but the way that opinion came up is what hurts. Can you remember? When I was kicked from Gambit, they said that I practically wasn’t doing any work and was just fucking around. As a result, what I can say: guys from Gambit discredited me. They held behind their words, they thought that I am a bad coach, that they don’t need Zeus as a captain and that they know enough to win without us. They tested their own words in practice, proving that their opinion is incompetent. Going from Major champions to what they are now. As a result, they discredited me, but their opinion is incompetent. I think that they already regretted this decision a hundred times. That is all. People with a head on their shouldered knew this all along.

What should Gambit do now?

There has to be a system in the team. I think they don’t have one right now. There is no coach, no captain. They need to build a system, but to be honest, it is hard for a captain to work without a coach, because the amount of information you have to work with is too big for one person. Until they build a system there won’t be any results.

[Following comments were taken after NaVi victory. Despite the triumphant atmosphere, Kane didn’t look that happy.]

We are very tired. Personally for me, this final wasn’t very successful. I am responsible for a certain amount of work during the game, so I am not too happy. We had a good lead over BiG. The opponents gave us a good fight, you can’t reach a final just like that, but the real victory was yesterday [again Astralis]. The players have more emotions in these kind of finals, but since I was watching from a side, the feeling of calm didn’t leave me throughout the match.

Did you only lacked a victory over FaZe for the full satisfaction?

If BiG beat FaZe, then the Europeans clearly weren’t in their best form. Beating the best form FaZe and getting $100,000 on top of it, denying their dream of a million, was a very big motivation in the finals.

Natus Vincere signed Kane and Danylo “Zeus” Teslenko on Aug. 9 2017, shortly after Gambit Esports victory at the PGL Major Kraków 2017 and the followed drama. After sorting their issues, the team went on to place high in a number of events, with ESL One Cologne 2018 being the third LAN victory in a row.