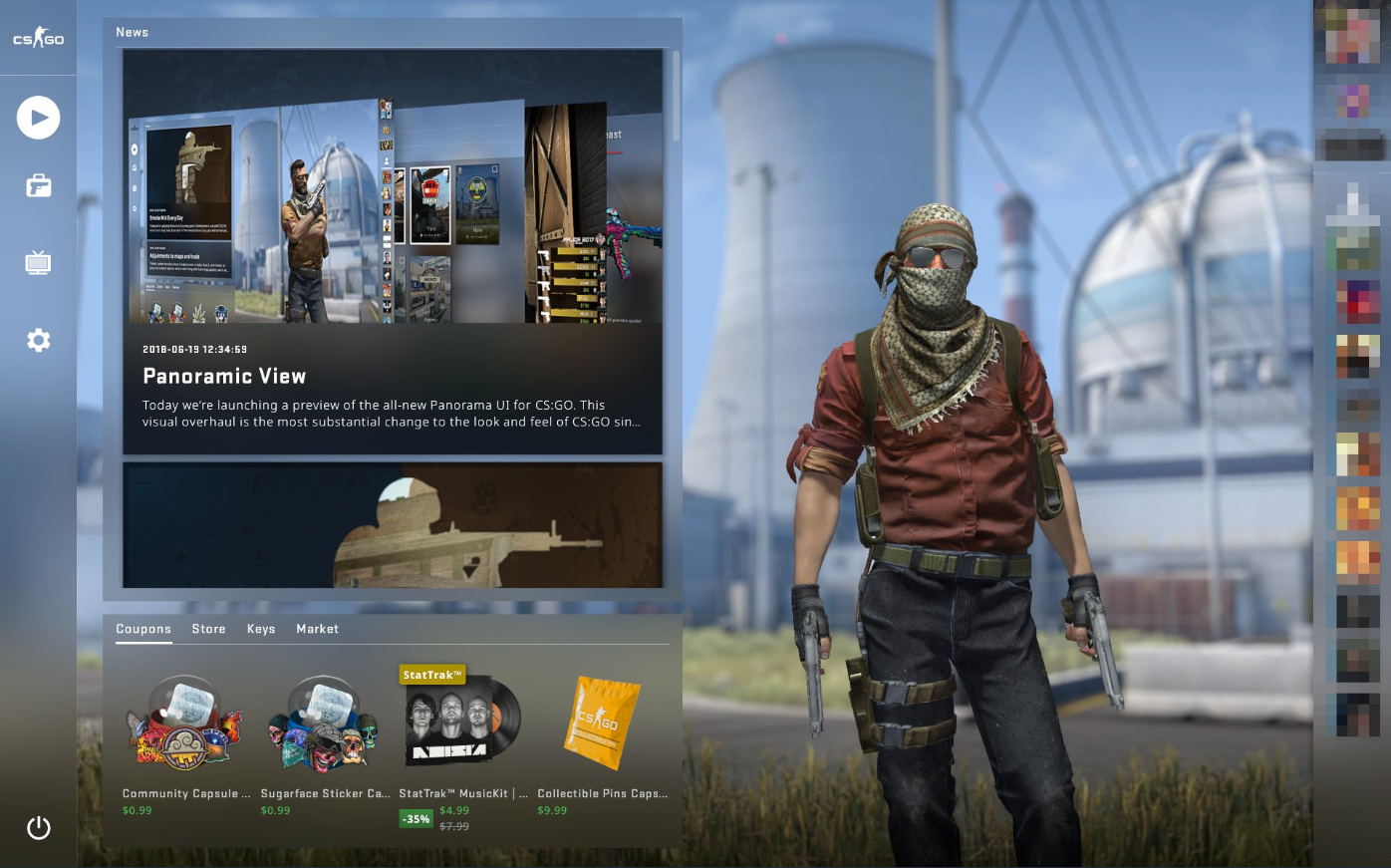 The release of the Panorama beta initially set the community alight last month, as it brought a colossal overhaul of the user interface and design that yanks CS:GO up to modern gaming standards. Could we have Belgium to thank for the official release?

In case you missed it, on Jul. 3, the official Counter-Strike Twitter account joked that Panorama would be released when famous Brazilian footballer and CS:GO player Neymar came “back in the office” after taking some “time off” for the FIFA World Cup.

We need @neymarjr to get back in the office. He took some personal time off — apparently he has “prior obligations” for the next few weeks?

Well, on Friday, Jul. 6, Belgium knocked Brazil out of the quarterfinals 2:1, and with uncanny timing — or unbelievable commitment to their own joke — Panorama was released the very next day.

To opt in to Panorama, right-click CS:GO in Steam, select ‘Properties’ and then ‘Set Launch Options’, then type in ‘-panorama’ in the pop-up box.

On the same day as release, the developers announced some quick bug fixes, including the removal of an error that was not allowing users to reconnect to Competitive matches. Whilst the current version is likely still some way off of 100% complete and bug-free, now seems like as good a time as any to test it out!

Here’s the full list of changes implemented in Saturday’s update:

— Users can now opt in to the Panorama UI on Windows and cross-play with their friends by adding -panorama to the CS:GO launch options.

— HUD Money panel now has a background like the health and ammo and is also controllable with cl_hud_background_alpha.
— Fixed the HUD chat lines not lining up with each other in certain resolutions/scales.
— Updated the look of crosshair style 0 and 1 to more closely match the scaleform version.
— Panorama crosshair style 0 and 1 now no longer scale when changing resolution.
— Added buttons to the scoreboard to allow users to toggle caster features.
— Custom team logos now work again using png extension and can be placed in the new team image location or the old (flash) location.
— Fixed ADR not filtering out team damage.
— Fixed Overwatch suspect not being highlighted in scoreboard.

Mirage:
— Adjusted player collision on bench wall at bombsite B.

— Increased brightness and adjusted the vignetting on the map loading screen image.