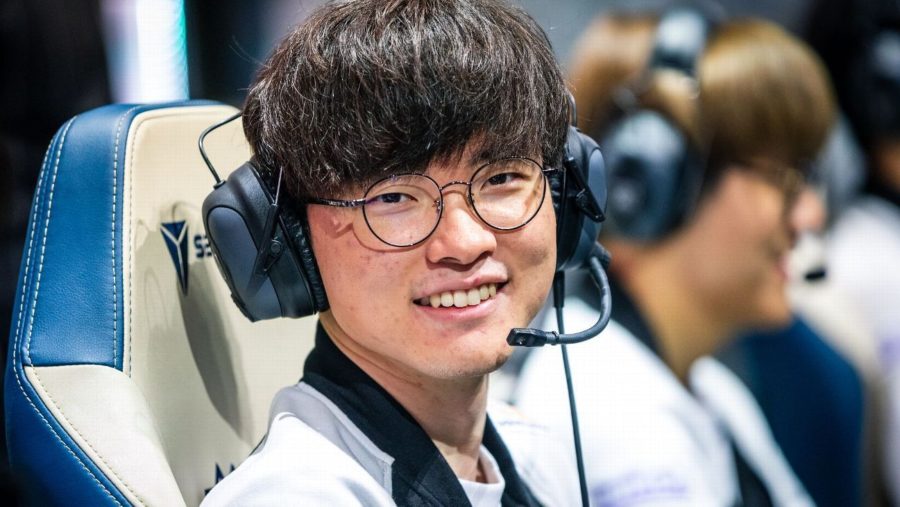 For the second straight campaign, League of Legends’ winningest region, South Korea, returned home empty-handed after China’s FunPlus Phoenix won the Summoner’s Cup. As we shift into 2020, another year without the title is not an option for League Champions Korea, with all but one team in the competition drastically changing starting lineups heading into a new year of games and stories. While some teams aced their offseason scouting and transactions, others slept through the winter — and they are going to have an unpleasant time when the regular season begins in February.

Here are our report cards for LCK’s 10 contenders.

2019 seemed primed for SK Telecom T1’s fourth world championship, but it wasn’t to be, and SKT as a starting roster (and team name) is no more. Now known solely as T1, the team had a busy offseason, losing its starting top laner and jungler to Asian rivals Gen. G and reigning world champion FunPlus Phoenix.

The good news for SKT is that Cuzz, their new starting jungler, is probably the best they could have secured on the market of players available. While not expected to have the same highs as former starter Kim “Clid” Tae-min early on, Cuzz is talented enough to fill the shoes left by the team’s best player for large parts of last year.

The real examining will happen in the top lane, where it’ll be up to journeyman Roach or rookie Canna who has to round out the starting five. Luckily for both, the team is strong enough in the mid and bottom side of the map, where the top lane won’t need to be called on for heroics often. But with the Summoner’s Cup always the final goal on T1’s mind, one of the two potential starters will need to be more than just a background character by the time the world championship comes around if the South Korean giant has any chance of adding a fourth star to their jersey in 2021.

Gen. G went from borderline playoff hopefuls to championship contenders overnight when they picked up Rascal, Clid and Bdd to strengthen their already-stellar bottom lane. Ruler, former worlds MVP, already has proved he can win the grandest prize in League of Legends if given a roster to work with, and this might be the most talent he has even had assembled around him in a starting five.

Instantly, the combo of Clid and Bdd becomes of the scariest one-two punches in the jungle and mid lane in South Korea, and Rascal is the perfect dependable top laner to soak up pressure while the rest of the team’s stars go to work. It’ll be intriguing to see whether Life or Kellin win out the starting job to pair up with Ruler; but in either outcome, expect to see Gen. G often atop of the regular season standings in the LCK this year.

Now that is a lot of promise on one roster. DragonX won the Chovy sweepstakes in the offseason and by doing so constructed a roster built on youth that can fight for a world championship if some of the greener pieces work out as attended. Chovy and Deft are going to be the core of this team, though they’ll need Doran, still in his first year of professional play, to live up to the lofty expectations his coaching staff has for him. He didn’t impress on Griffin during the most recent summer split, and he was lackluster for a majority of the KeSPA Cup; but there obviously is talent there based on the few times he has been set up to succeed in-game.

The really exciting prospect on DragonX is Keira, promoted from the bench after being a practice player in 2019. Deft already is one of the top AD carries in the league, and pairing him with a highly touted rookie could blossom into something special. The immaturity of this starting five has its drawbacks, but if offered the choice of playing it safe or investing in promising young talent, I’ll always select the side with the upside.

This is the same starting five that finished in the quarterfinals of the 2019 world championship. So that’s good. The problem? They finished in the quarterfinals of the world championship for a reason. Damwon sorely needed a more well-rounded AD carry or at least someone to contend with Nuclear for the starting job, and it didn’t happen. While this roster untouched is talented enough to win the LCK and do damage in China for 2020 worlds, especially if Nuguri and ShowMaker mature as world-class players, I can’t give them an A when they didn’t do anything to fix their glaring weakness.

Congratulations to the KeSPA Cup champions! They re-signed Kiin early in the offseason to a rumored monster million-dollar deal, then went out to give their ace the help he needs to win some hardware. The team’s biggest coup was signing the returning Mystic from China’s League of Legends Pro League, the star AD carry pointing to his wife and son for his reason for returning home after years abroad for Team WE. The pairing of Mystic and Kiin has enough firepower to compete for gold, and the shot-calling talents of veterans Spirit and Fly are the perfect catalysts to create a well-balanced contender.

Kiin has been one of the best, if not the best, top laners in the LCK since he joined Afreeca in 2018, and this might be the season when he goes from respected to feared. He won the KeSPA Cup MVP, and I don’t think that is the only most valuable hardware he will pick up in the new year.

Yikes. Let me preface this by saying I don’t think the Griffin roster is terrible; they should at least be decent. Playoff hopefuls. Yet, when that “decent” label is slapped on a team that went to the top eight of worlds last year, there should be a great cause for concern. The brain trust behind the team is gone. The ownership is gone. The team’s league MVP mid laner is gone to join the former brain trust on a new team. One of the team’s leaders, the starting support, is gone. The team’s promising top laner is gone. Their replacements? Journeymen and players hoping to turn their careers around.

Griffin looked lost in the KeSPA Cup, and even Tarzan, the team’s talisman, appeared to be out of sorts. Since Griffin came into the LCK, they were looked upon as the next generation. They were the present and future, the heirs to T1’s golden throne. Currently? They seem more likely to finish in 10th than first, and that’s not a good place to be.

There’s not much to write about APK Prince. This roster is nearly identical to the one they had while promoting into the LCK — outside of the possible upgrade in signing LPL jungler Flawless — and that probably will result in a bottom-of-the-table ranking for the new kids in South Korea’s top division. Although Griffin, Damwon and Sandbox came into the LCK and broke through immediately, don’t expect the same from Prince. There are some compelling players and possible promising prospects on this bloated roster, but wins could be difficult to come by in their debut split.

APK’s goal in the spring should be to survive the spring. If APK Prince can end 2020 still in the LCK, that will be considered a major victory.

It was an offseason of almosts for Hanwha. They were major players on a slew of top free agents, including Clid and Chovy, though they failed to get any of the big fish. Their consolation prizes, however, in the trio of CuVee, Haru and Lehends are not something to scoff at. All three will bring veteran leadership to a team wanting to jump into the playoffs this split. And per usual for this organization, it will be right on the line between the No. 5 seed and the wild-card round or falling to No. 6 and missing the playoffs entirely.

I’ll be keeping my eye on the bottom lane. Lava is moving over from mid lane to let Tempt take over starting duties, and the partnership with Lehends is one that could be tested early and often against the other loaded bottom lanes in the league. Hanwha are the true gatekeepers of LCK, and that probably won’t change in 2020.

This is the epitome of an average roster. It is solid. It is safe. It’s the kind of team you introduce to your parents and they shrug their shoulders, happy that you at least didn’t bring home the mess that is going on over at Griffin. Kuro is a reliable talisman with years of top competition experience. Aiming is a fun AD carry and should pair well with TusiN in the bottom lane. Malrang and bonO both can be impactful at times. Ray and SoHwan are decent pieces to a roster.

It is boring but fine. The team got rocked in the KeSPA Cup, and that might not be the last time they get peppered in 2020. They might make the playoffs and lose in the first round or they might battle in relegation again. It is an improved roster from 2019, but that isn’t saying much.

Sandbox Gaming were the team that just wouldn’t go away in 2019. Following in the footsteps of Griffin and entering the LCK with the hyped-up Damwon Gaming, Sandbox was supposed to be the runt of the litter. They were expected to be slapped around and maybe, if they were lucky, stay up in the LCK if players such as OnFleek and Summit acclimated to the topflight of South Korean League of Legends.

Well, they did more than just survive in 2019: They did damage, and a lot of it.

Summit established himself as one of the better top laners in all of LCK, OnFleek was a revelation in the jungle and the team made the playoffs in back-to-back seasons. How does an underdog such as Sandbox get even better in their sophomore year? Upgrade the bottom lane and bring in an experienced player to show them how to win in big matches. That is what Sandbox did in bringing in blue-chip prospect Leo and pairing him with GorillA, one of the most decorated supports in the game’s history.