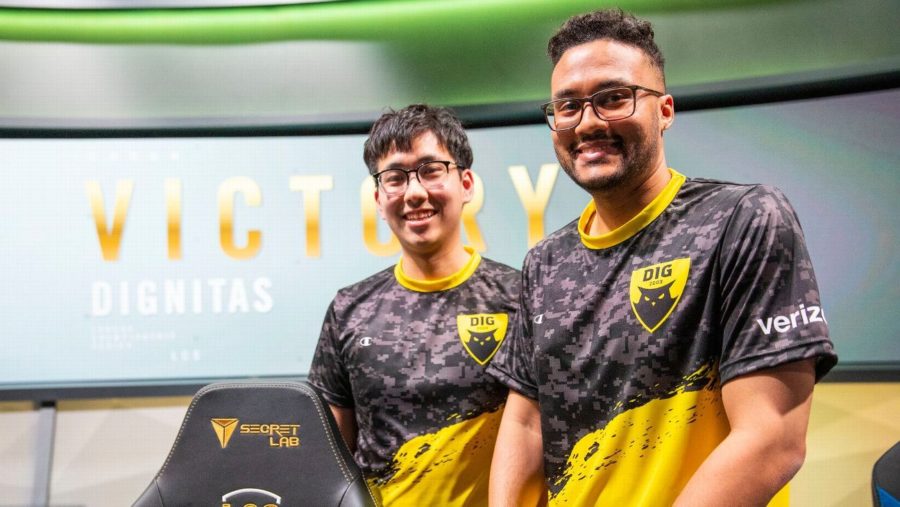 LCS and LEC League of Legends power rankings through Week 2

With that in mind, we still wanted to give you something to discuss, so we’re splitting this week’s League of Legends power rankings into just the LCS and LEC. We’ll turn back to global power rankings once the LCK has played for a week, and we’ll add in the LPL when it returns.

How we rank: We had our panelists and writers submit a ranking of No. 1 through 10 for each team, with 10 being the strongest and 1 being the weakest. We then averaged the scores to create our initial list and looked at the teams’ schedules, wins, loses and overall performance for the week.

C9 … won the offseason? After a disappointing world championship where they failed to make the knockout rounds, the team took an aggressive turn during free agency, buying out Philippe “Vulcan” Laflamme from Dignitas and picking up Jesper “Zven” Svenningsen after a lukewarm stint on Team SoloMid. Through two weeks, the team has been an unstoppable force, rolling through its first four opponents easily.

While Cloud9’s mettle won’t be truly tested until they drop a game or two, C9 might not lose too many matches this split. Still, even in a scenario in which they go through the entire split undefeated, the goal remains the same: win the franchise’s first LCS championship since 2014.

Despite facing a tough schedule without starting jungler Mads “Broxah” Brock-Pedersen in the lineup, Team Liquid showed promise in the first two weeks of action. Capitalizing on the opportunity is Shern “Shernfire” Tai, whose playmaking should attract attention from struggling LCS teams moving forward.

The team’s understanding of the macro game (especially side lane pressure) is a refreshing sight in North America. Should the players build upon that foundation, and should they fare better once Broxah arrives, Team Liquid’s early exit from the 2019 League of Legends World Championship may even become a thing of the past. On the other hand, their focus during team fights and skirmishes has sometimes wavered, as their loss to Dignitas showed.

Dignitas were not supposed to be this good. An offseason spent excising the heart of their worlds-qualifying roster should have left this team dead on arrival. Instead, Dignitas are thriving. Four new faces joined million-dollar top lane holdover Heo “Huni” Seung-hoon during the break, and the slapdash mix of discarded veterans and solo queue talent has proven shockingly effective.

Paced by the decisive play of veteran mid laner Henrik “Froggen” Hansen — performances that earned him LCS Player of the Week honors in Week 1 — Dignitas thrashed Counter Logic Gaming and Evil Geniuses before clutching out a comeback win over four-time defending domestic champions Team Liquid. Bot laner Johnson “Johnsun” Nguyen was an unknown quantity heading into 2020, but the league’s lone rookie has exceeded all possible expectations, and on Saturday, it was his Aphelios ultimate that sealed Liquid’s fate.

Had Liquid avoided that final wombo combo and closed out a game they controlled late, we’d be rating Dignitas closer to what they actually are: a good team with justifiable playoff aspirations. But quality results beg reevaluations, and if Dignitas can maintain this propulsive level of play, a deep postseason run will be within reach.

One of the best things FlyQuest did this offseason was to lean in on a tree-planting initiative as part of their brand. The other was to pick up both mid laner Tristan “PowerOfEvil” Schrage and support Lee “IgNar” Dong-geun. These two fit in perfectly with the natural aggression of top laner Omran “V1per” Shoura and AD carry Jason “Wildturtle” Tran, with the smart decision-making of jungler Lucas “Santorin” Larsen tying everything together.

Ideally this team wants to get in your face early and keep smashing through, especially with the roam potential of IgNar. Unfortunately for FlyQuest, their performance against Team Liquid was very flat, and they fell behind when TL (having learned from their prior series against Dignitas) got the jump on them at the Rift Herald lane swap. They have another tough matchup tonight against Dignitas, but FlyQuest remain one of the more interesting LCS teams to watch due to their aggressive nature and potential.

TSM had an unsatisfactory start to the spring split, closing out the second week of the LCS by salvaging one victory against Evil Geniuses.

Sergen “Broken Blade” Çelik, Søren “Bjergsen” Bjerg, Kasper “Kobbe” Kobberup — the individual talents are there for TSM, and the early games reflect this. This team has one of the highest pre-15 minute gold leads out of all the LCS teams. However, TSM become indecisive when contesting objectives or initiating correct teamfights. As a result, they are unable to convert the early gold lead into the late game: losses against Immortals and Team Liquid came after TSM was ahead.

Heading into the third week of the LCS, TSM’s biggest challenge will be to avoid regressing back to their passive play style and rigid map control, the chronic issue that prevented this team from qualifying for the world championship in 2018 and 2019. No one will dispute that TSM have talented individuals in their roster. They must now explore diverse win conditions and convert their raw strength into convincing late games in order to solidify themselves as a playoffs contender.

The message from G2 clear: Class is permanent. The European superteam continues to reign over the LEC.

Still, G2’s victories were not immaculate. The much-discussed role swap between mid laner Rasmus “Caps” Winther and bot laner Luka “Perkz” Perković has changed lane dynamics. The rest of the G2 players are still adjusting to the change, and it’s a shaky process. G2 had their hiccups during the laning phase of their games, giving up kills and falling behind on gold pre-20 minutes against Mad Lions and SK Gaming. However, all of this, somehow, was made irrelevant post-20 minutes. G2 simply outclass the opponent during teamfights through teamwork and superior individual mechanics.

G2 remain the only undefeated team in the LEC, and their overall performance is expected to trend upward as Caps and Perkz continue to adjust to their new (old) roles. It does look like G2’s reign over the LEC will continue for another split.

Origen had two telling matches this past weekend that gave us a firm look at where they currently are in the LEC: second to G2 Esports.

Against Rogue, a rising challenger in the standings, Origen displayed a particularly strong early performance from top laner Barney “Alphari” Morris. Coupled with a smart mid lane gank from Andrei “Xerxe” Dragomir that gave mid laner Erlend “Nukeduck” Våtevik Holm a lead, Origen controlled the game from about 5:30 in. Against G2, it was a different story. Origen made a rare drafting gaffe and were unable to stand up to G2 come mid-game.

This past offseason, Origen decided that this was their window to make a team that would challenge G2 for the LEC title. Their opening match against Europe’s best didn’t go as planned, but this Origen team is still the second-strongest team in the LEC right now.

After losing the season opener to a revamped Origen, Fnatic unloaded their frustration on their next three hapless opponents. Misfits Gaming and FC Schalke 04 were each dispatched in under 22 minutes, and SK Gaming almost passed the 30-minute threshold before a disastrous Baron attempt ended any thought of a comeback. All told, Fnatic finished Week 2 leading the LEC in gold differential at 15 minutes (+2,222) and average game time (28:26), per Games of Legends.

But for a team with Fnatic’s pedigree, speedrunning the LEC is the rule, not the exception. Led by bot laner Martin “Rekkles” Larsson, Fnatic possess enough expertise to treat anything less than a European crown as an underachievement. As Tim “Nemesis” Lipovšek finds greater consistency in the mid lane, the squad’s major variable shifts to newcomer Oskar “Selfmade” Boderek, a Polish jungler whose infamous item purchase during a playoff loss has outshone anything he’s accomplished in the popular opinion. Selfmade displayed flashes of brilliance over Fnatic’s first four games, but the shellacking he took from Origen jungler Andrei “Xerxe” Dragomir is ultimately what lingers.

It’s a race for second place in Europe, and while Fnatic can crush all the cupcakes they want, the Origen defeat dropped them a few paces back. We’ll know more after Fnatic’s upcoming bout with G2 Esports.

The much-hyped Rogue have somehow exceeded expectations as they showcased poise against their opponents despite their youth, with the exception of their loss against Origen. In their defeat, despite an uncharacteristically botched laning phase, Rogue showcased their ability to play to their draft’s strengths (stalling the game long enough to afford a comeback opportunity) but failed to execute on a crucial Baron Nashor teamfight.

Indeed, their macro play overall and their patience when using a scaling composition (against Excel Esports) spell trouble for any team outside of the experienced squads in the (G2 Esports, Fnatic and Origen), or any North American squad save Cloud9 — all teams Rogue see as equals. As for their biggest weakness in 2019, the bot lane, Steven “Hans sama” Liv arrival has indeed fixed it.

This isn’t the same Excel you watched last season. After a 2019 that saw the European team fumble at the bottom of the league standings, the franchise was in a dire need of some direction. Enter Joey “YoungBuck” Steltenpool, a multi-time champion as a coach, bringing a much-needed elder voice to a young squad.

So far, it has been a solid start for XL. While they won’t be vying for any world titles any soon, playoffs should be in the future for Youngbuck and his new charges.