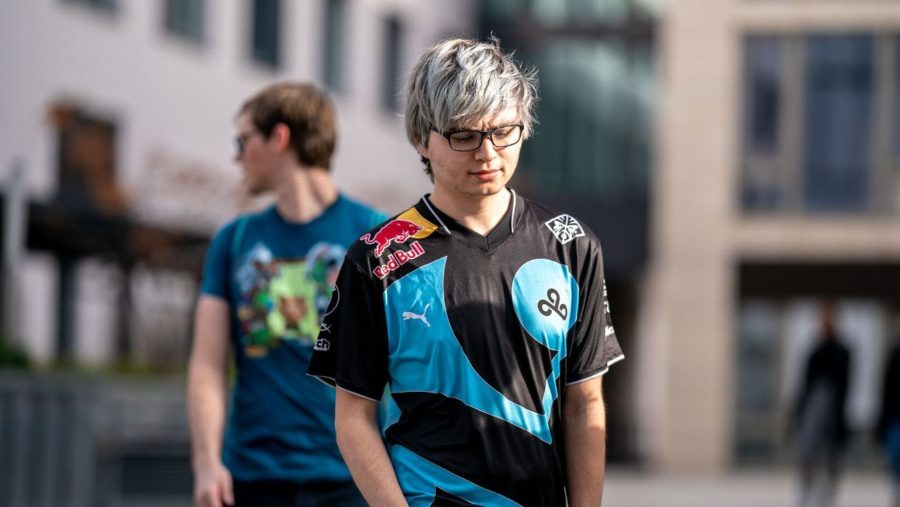 LOS ANGELES — For the first time since the spring of 2013, opening day at the League of Legends Championship Series didn’t feature one of North America’s most recognizable faces in Zachary “Sneaky” Scuderi.

From his laidback attitude to his trollish, sarcastic answers in interviews, the first weekend of LCS wasn’t the same without the former Cloud9 AD carry. The team announced this offseason that Sneaky would be leaving the only organization he had ever played professionally for to focus on being an independent streamer.

While C9 and a slew of his former teammates and rivals started their campaign this weekend, Sneaky continued his new full-time career streaming on Twitch.

Since announcing his sabbatical from professional play and setting his sights on the streaming world, Sneaky has continued to grow his own personal channel, currently averaging around 10,000 viewers per broadcast. Beyond just streaming, the 25-year-old is one of the more well-known cosplayers on the internet today; he was even nominated last year for cosplayer of the year at the Esports Awards in Arlington, Texas.

In terms of monetary gain and personal freedom, the choice to focus on streaming is a no-brainer for Sneaky, who has cultivated one of the most loyal audiences in the LCS over his stint. He has his own Patreon along with his Twitch stream where he hosts all his various cosplay exploits.

Still, wishful thinking or not, some of his former teammates don’t think Sneaky’s departure from C9 is the last time you’ll see him on stage at the LCS Arena.

“I think there is still a chance Sneaky will play again,” Will “Meteos” Hartman, one of Sneaky’s closest friends in the league and former teammate on C9, told ESPN. “I’ve also taken breaks throughout my career. There have been splits where I didn’t play, but I’m not sure. … I do expect — at least hope — that Sneaky will play again. It’s actually cool: The place I moved into is close to where he lives now, so I’ll get to see him and hang out.”

No player in North America — really, no player in the world — was quite like Sneaky. Although he neither won an MVP award nor was one of the leading candidates in any season he played, the AD carry’s consistency was always his calling card. Be it a Week 5 match against the worst team in the league or the fifth game of a world championship quarterfinal, by all accounts from his teammates, Sneaky was the same. He took losses in high-stakes situations better than a majority of people do playing a casual game of Monopoly.

In a league where the norm was to jump out of your chair in victory or break down in defeat, Sneaky was an outlier, never letting the spotlight get to him.

Former teammates and rivals over opening weekend made sure to clarify that his stoic nature wasn’t because of apathy. It wasn’t that Sneaky didn’t like to compete. His love of pro play and desire to win are the main reasons why some of his former colleagues believe he’ll return sooner rather than later. Rather, Sneaky knew that he had to be the calming presence when his team needed it the most.

When the sky was falling and everything was crumbling around him, Sneaky made sure to put everything into perspective. A small joke to get the laughter going. A snarky comment to get teammates’ minds off the risky play at hand. When push came to shove, Sneaky realized the absurdity of a situation, it all just being a video game at the end of the day. If Cloud9 won, it felt good. If they lost, they’d go out to dinner and learn from their defeat to make sure it didn’t happen again.

Sneaky qualified for the world championship in each of his seven years as a pro. His highest finish came in 2018, when Cloud9, on the brink of elimination in the group stage, fought back in what was considered at the time the strongest group in worlds history to make it to the quarterfinals. There, Sneaky and C9 did the unthinkable, upsetting a South Korean team in South Korea, sweeping the Afreeca Freecs to make a run to the semifinals where they eventually were eliminated.

“Sneaky was a very positive teammate when things weren’t going great when [I was] on Cloud9,” Nicolaj “Jensen” Jensen, Team Liquid’s starting mid laner, said. “He really fought for player rights and doing what’s comfortable for other players. He was a very essential piece of Cloud9. I don’t know how they’ll do without him, but it’s weird — it’s still really weird he isn’t there anymore.”

No matter whether the team flourishes or sinks, C9 won’t be the same team again. And while that’s not necessarily a bad thing — reinvention is key for a team in any sport — it does leave open a hole of an identity that they need to replace.

There is only one Sneaky, and though the current C9 squad has its own jokesters, the 2020 team will need to find its own way of dealing with conflict and playing the game. In Sneaky’s place, the team aggressively pursued the bottom lane it ultimately ended up with, the pairing of multi-time European champion Jesper “Zven” Svenningsen and rising French-Canadian star Philippe “Vulcan” Laflamme.

Cloud9 didn’t drop a game in the first weekend of the post-Sneaky era, going 2-0 in their opening round of matches. Sneaky’s absence won’t be felt at the jump, however; a team isn’t tested until it starts facing adversity, and the same will be said for the current C9 lineup. When C9 start losing a game here or there, or maybe even fall into a short slump, that is the true test of how far this starting five can go.

For now, it’s a strong start, with Zven having made a strong first impression in a C9 jersey, but only time will tell what identity this new iteration of the franchise will inhabit. The verdict is still out on if Sneaky finds a path back to the pro scene, too.

“I definitely hope Sneaky does return,” FlyQuest’s Jason “WildTurtle” Tran said. “I really enjoy just playing the LCS with him after all these years. He’s been one of the guys that played at the beginning and it’s always nice to see a familiar face still doing well in the LCS because there are not many of us left, I think.”

There aren’t many of the first generation of LCS players left in the league. Though North America is the region most known for its veteran players sticking around far longer than other domestic leagues, the number of competitors that played in the opening year of the LCS, 2013, is dwindling. As the game evolves and more money is funneled into the North American scene, the older players, some nearing their 30s — considered ancient in esports years — are doing everything they can to hold onto their spots from teenagers coming up from below or high-priced import players from across the ocean.

.At the moment, Sneaky for the first time in seven years is enjoying being his own boss, unchained from the long hours of practice and grueling schedule that only allows for a few weeks of rest throughout the year-long campaign. He can cosplay as much as he wants. He can stream as much as he wants. The fans he cultivated over the course of his career will be tuning in regardless of whether he’s the No. 1 player in the LCS or if he’s just himself, a mid-20s jokester, yelling on stream without a care in the world.

People close to him, though, wonder if streaming will be enough to sate Sneaky’s appetite.

“I’ve known Sneaky for a long time,” Jensen said. “I know he has a really f—ing big drive, and he really wants to play and compete. I hope he’ll come back.”

If it is the end of the road for Sneaky, he will go down as an icon of North American esports, competing in seven seasons and never failing to qualify for the biggest tournament of the year. In the case he returns, though, the crowd will be waiting, and the fans will be back to chanting his name, not caring what color uniform he has on.

Be it on the No. 1 team in the world or on the worst team in North America, Sneaky will always be Sneaky, laughing onstage and making sure his teammates know a loss isn’t the end of the world.

And that, far more than his seven world championships, is what makes him a legend.