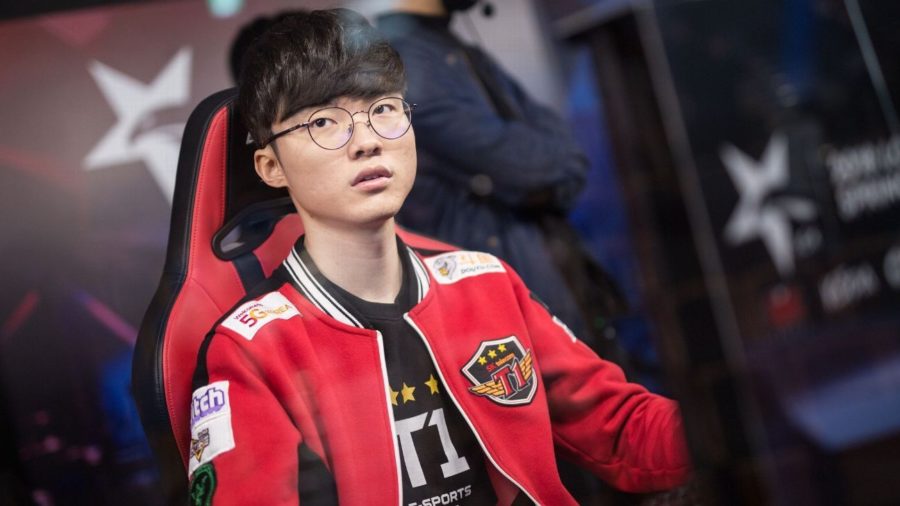 SK Telecom T1 continued its surge in League Champions Korea with a 2-0 sweep of the bbq Olivers on Saturday.

While bbq (0-8) came into this series without a win this summer, it had the benefit of recent history on its side given it won the last matchup against SKT (3-5) during the Spring Split. That turned out to mean absolutely nothing, however, as SKT controlled the pace of this series from start to finish to make quick work of the Olivers.

Perhaps most reassuring for SKT fans outside of the simple fact that it won the series was the manner in which it won. The bottom lane duo of AD carry Bae “Bang” Jun-sik and support Lee “Effort” Sang-ho has taken plenty of criticism, but they certainly rose to the occasion in this series. It started in Game 1 when the pair dominated the bottom lane and tore through bbq in teamfight after teamfight throughout the rest of the game on the way to a combine 8/0/13 KDA (kills/deaths/assists). They may not have been as oppressive in the second game, but were still a force in teamfights that SKT used to control the pace of the game.

Another problem that SKT had been suffering from centered on its macro execution. In past games, anytime it gained an advantage, it was never able to translate that into objectives. This time around, SKT navigated the map extremely well and picked up objectives with impressive ease. It secured all seven dragons, both Barons, and took down 19 towers while only giving up five towers in return. This might have come against the lowly bbq Olivers, but it was a foundation that SKT will look to build on.

SKT will return at 7 a.m. ET on Saturday, July 13 to face Hanwha Life Esports, while bbq look towards a matchup against the Jin Air Green Wings at 4 a.m. ET on Thursday, July 12.

Kinzgone DragonX rebounded from a Game 1 loss to take down Hanwha Life Esports in a 2-1 series on Saturday.

Things might have looked dire early on, but Kingzone (6-2) showed why it’s still one of the best teams in the LCK with this victory. Credit to Hanwha (4-3) who opened the series with a lopsided win in Game 1, as it executed its teamfight-heavy composition to take the early lead in the series. Once Kingzone woke up, though, Hanwha looked incredibly outmatched at just about every turn.

To complete this comeback victory, Kingzone showed off its range in using vastly different team compositions in both Games 2 and 3. For Game 2, it was the funnel strategy focused on AD carry Kim “PraY” Jong-in’s Xayah. This was a composition that they have become well equipped with running and it truly showed as Kingzone obliterated Hanwha from every angle in this game. If it wasn’t enough for Kingzone to get the win with the funnel composition, it also demonstrated that it’s good enough with normal team compositions, too. Kingzone top laner Kim “Khan” Dong-ha’s Aatrox picked up two quick kills and then it was off to the races for Kingzone. In the 24-minute win, Kingzone tallied 23 kills as Hanwha was powerless to do anything during just about every engagement.

With the win, Kingzone has now won two straight after dropping a series to Griffin (6-1) on Tuesday and has won six of its last seven series. While Hanwha should certainly feel good about taking a game off Kingzone here, the manner in which it folded in Games 2 and 3 will give it plenty to look before its series.