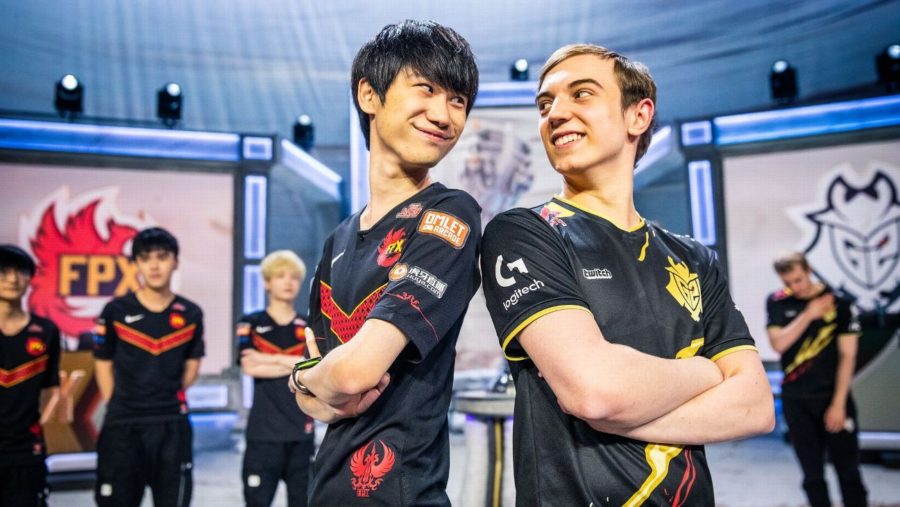 League of Legends. Season 10. New formats, rosters, and even teams are going to grace Summoner’s Rift in 2020. Here’s how we think the teams stack up as the season approaches.

How we rank: We had our panelists and writers submit a ranking of 1 through 10 for each team, with 10 being the strongest and 1 being the weakest. We then averaged the scores to create our initial list, and then looked at the teams’ potential roster strength, regional strength, and how any offseason moves would impact the coming year.

It should come as no surprise that reigning world champions FunPlus Phoenix are No. 1 overall. Like 2018-19 Invictus Gaming, they’ve held onto their world championship lineup. This past offseason, they also added former T1 top laner Kim “Khan” Dong-ha to complement Kim “Gimgoon” Ha-saem.

FunPlus’ lineup was brought together very deliberately in last year’s offseason and has already won League of Legends’ highest honor. The only question is how Khan will fit on the team when he plays, given that FunPlus didn’t give that much attention or resources to their top side until the League of Legends Pro League summer playoffs and that Khan is a player who will demand more resources than Gimgoon.

If Khan fits well with this team, he’ll provide an added dimension to an already formidable lineup. — Emily Rand

Some may say G2 Esports haven’t claimed the top spot because of head coach Fabian “GrabbZ” Lohmann’s drafts — it is known — but that could not be further from the truth. Indeed, the organization trusts GrabbZ’s methods and current staff, with the latter receiving additions.

As a result, the biggest concern the players will have is figuring out who plays Pyke, or Syndra, or Zoe, or whichever champion can occupy five lanes. If they improve their flexibility in the niche FunPlus Phoenix matchup, G2 will likely claim the League of Legends World Championship crown in November 2020. — Adel Chouadria

Due to AD carry Jian “Uzi” Zi-Hao’s chronic injuries — in one of his interviews with the Nike content team last year, he mentioned that doctors told him that he has the arms of a 40-to-50-year-old — he usually sits the week or two before the Lunar New Year break. Previously, this has led to RNG starting new talent like Zhang “Wink” Rui or Dai “Able” Zhi-Chun and looking a bit shaky.

This year, they have former Flash Wolves bot laner Lu “Betty” Yu-Hung, who is a talented veteran in his own right. Betty looked great with the team at the Demacia Cup, and RNG should be able to rely on him if and when Uzi is unavailable. The larger question for RNG will come from the jungle position, where talented rookie Li “XLB” Xiao-Long will be starting. This is a step down from the team’s previous jungler, Hung “Karsa” Hao-Hsuan, due to Karsa’s lengthy experience and consistency.

RNG might not start out as strong as fans would hope, but we fully expect to see them in contention for the LPL title by the end of the spring split. — Rand

At the KeSPA Cup, Gen.G suffered an upset loss against to T1. However, the pre-spring tournament cannot be a true indicator of the rest of the year, and it is still uncontroversial to state Gen.G looks like the biggest hope of the LCK going into 2020. Clid was the main playmaker of the 2019 T1 roster and it will be exciting to follow what kind of jungle-mid synergy he creates with mid lane superstar Gwak “Bdd” Bo-seong. Ruler will impact the game more freely as he is no longer burdened with being the only carry potential of the team. Multiple Gen.G players have stated that strong teamwork is already budding within the team, with players being similar in age and teammates such as Bdd and Rascal already having an existing friendship. This is the one team to watch out for in the 2020 LCK spring split. –Ashley Kang

The video game artists formerly known as SK Telecom T1 have the most decorated history in professional League of Legends. While the mid lane heroics of Lee “Faker” Sang-hyeok have been the driving force, his prowess hasn’t always been the tell of if T1 will be successful as a team or not.

Since the team’s inception, the top lane has been where the three-time world champions have shown if they’re worth their salt or not. When T1 has a top laner who fits into the system and is dependable, the organization bathes in trophies and accolades. But when there are issues on the top side of the map, like there were in 2018 when T1 had their worst season ever as a team, then there is trouble.

It’ll be interesting to see which way the top lane will go in 2020. The platoon pairing of Kim “Canna” Chang-dong and Kim “Roach” Kang-hui aren’t headline-grabbing names just yet, but with top lane whisperer Kim “Kim” Jeong-soo as head coach, that could change by the end of the spring split. — Tyler Erzberger

During the LPL regional qualifier last year, most of us expected Top Esports, not a lagging Invictus Gaming, to represent China as their third-seeded team.

TES have retained their strong solo laners, top laner Bai “369” Jia-Hao and mid laner Zhuo “Knight” Ding, and upgraded their top side with the addition of former RNG jungler Karsa. Karsa will be a crucial component not only where TES’ side lanes are concerned, but in integrating their rookie bot lane of Ying “Photic” Qi-Shen and Liang “yuyanjia” Jia-Yuan onto the team. TES have taken risks with rookies before (369 last year), and those choices have paid off massively. If Photic and yuyanjia can contend with the strength of other LPL bot lanes from the get-go, they will be a title contender and will also vie to represent China on home soil come the 2020 world championship. — Rand

Fnatic’s latest roster move throws caution to the wind as the assertive Oskar “Selfmade” Boderek joins a team with strong personalities, each with carry potential and the mindset to go with it. Unlike his predecessor in the jungle, Selfmade’s forcefulness could either be Fnatic’s greatest boon or its undoing.

At best, Selfmade dictates the flow of the game, enforces the coaching staff’s game plans and becomes the de facto leader of a potential LEC champion. At worst, potential infighting could tear the team apart.

It falls to former support turned head coach Alfonso “mithy” Aguirre Rodriguez and to his staff to turn Fnatic into the dominant force their fans envision. — Chouadria

Invictus’ choice for jungle still contains a measure of uncertainty, with Lu “Leyan” Jue and Gao “Ning” Zhen-Ning battling internally for the starting spot. An underwhelming Demacia Cup did Leyan no favors, but he was operating without the backstop of starters TheShy and mid laner Song “Rookie” Eui-jin. Given that it was JackeyLove’s inspired form that drove IG to an unlikely qualification for last year’s worlds, the team must find alternative carry performances against a reloaded LPL elite. Expect iG to break late in 2020 as they work out the kinks in spring.– Miles Yim

Afreeca Freecs dominated the 2019 KeSPA Cup, defeating both their semifinals opponent DragonX and finals opponent SANDBOX Gaming with 3-0 sweeps. The greatest asset of the Freecs is that all of the lanes have carry potential. Kim “Kiin” Gi-in, arguably the best top laner in the LCK, performed a level above all of his KeSPA Cup top lane opponents, including Lee “CuVee” Seong-jin, Choi “Doran” Hyeon-joon and Park “Summit” Woo-tae. Jin “Mystic” Seong-jun, often discussed as one of the best AD carries in the LPL, continued to excel even after his return to a South Korean team. Veteran Song “Fly” Yong-jun returned to his prime form and excelled in his signature Vel’Koz and Orianna.

It is premature to say whether the KeSPA Cup victory will be a reflection of the team’s success for the rest of 2020. The other LCK teams, such as T1, Hanwha Life Esports and DragonX, will start getting their teamwork together with their new rosters in the 2020 LCK spring split. The precious balance Afreeca Freecs has established may break if the meta changes toward more mages in the bot lane or AD assassins in the mid lane. Yet, the building blocks of raw talent are there and Afreeca will be a notable contender for one of the three LCK seeds for 2020 World Championship. — Kang

Any team with Jeong “Chovy” Ji-hoon and Kim “Deft” Hyuk-kyu is going to be a contender for a domestic crown, and DragonX’s intriguing prospect pool makes them possibly the most interesting team to watch in South Korea.

The team got its desired head man in Kim “cvMax” Dae-ho during the offseason, bringing over the brain that orchestrated Griffin’s instant ascent in the LCK. With this roster, cvMax will try to do one better than what he did on Griffin and actually win a South Korean championship, putting his faith in youngsters Choi “Doran” Hyeon-joon, Hong “Pyosik” Chang-hyeon and Ryu “Keria” Min-seok to mature into elite talent over the course of 2020. — Erzberger

The rest of the world11. DAMWON Gaming – LCK