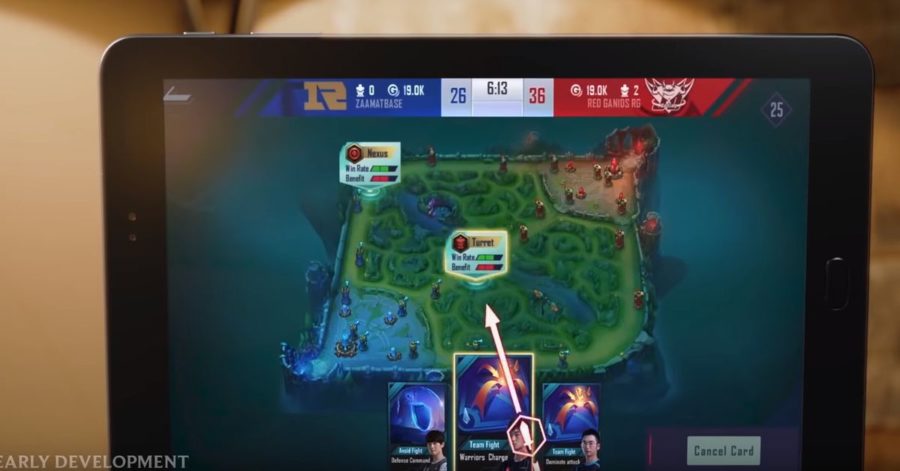 Among its other massive announcements from Tuesday night’s League of Legends 10-year Anniversary stream, Riot also announced a small new League of Legends game that’s all about esports. League of Legends Esports Manager will put you in control of an esports organization and let you manage your own roster of talent.

Much like the popular Football Manager series, it seems that League of Legends Esports Manager will set players up as the manager of a League of Legends esports franchise. They’ll have to sign players to contracts and watch as their team takes on the rest of the league. According to Riot the game will launch with just China’s Legends Pro League, or the LPL, but will expand to other leagues in the future.

Riot didn’t reveal much about how the game will play, but there were a few screenshots and videos during the presentation that gave us some clues. It seems like you’ll be able to help your team in the draft phase, as well as develop detailed strategies for how your players will compete in each match.

League of Legends Esports Manager will also tie directly into the competitive environment of League of Legends. The game will feature real players that you can pick up in-game, but the revenue from the game will also be shared, in part, with the teams that are featured in it. The game is still pretty early in development, but Riot says that it is expected to drop sometime next year. Riot didn’t announce any platforms for League of Legends Esports Manager, but based on the video they showed it seems like it will be playable on tablets and mobile devices at least.