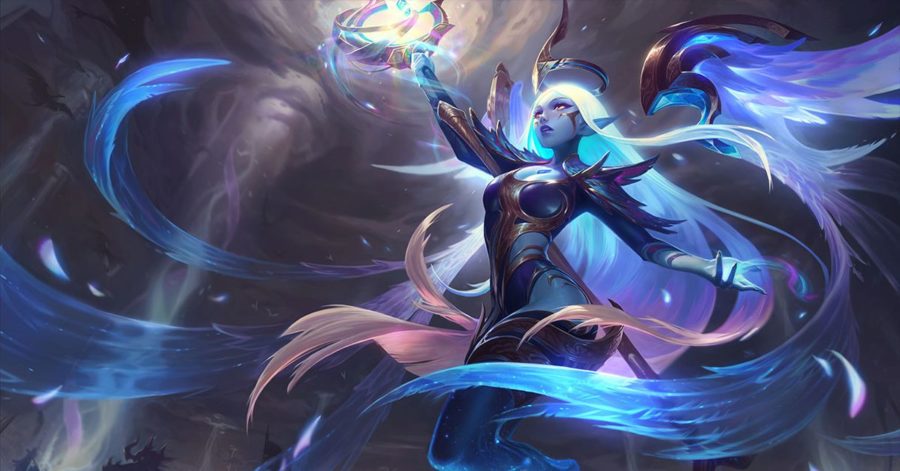 League of Legends’ patch 9.24 is the last big patch of the year, and it brings about a ton of balance changes and skins.

The star of this patch is Aphelios, the edgy new champion with a cool haircut. He’s a marksman meant for the bot lane and he uses a multitude of weapons, all which change his kit around as he cycles through them.

Diana is getting a mini-rework this patch, with her skills getting flipped around a bit and adjusted accordingly. Senna is also getting a handful of updates to follow-up on her release a couple of patches ago.

This patch also has three sets of skins: Nightbringer, Dawnbringer, and Sugar Rush. While the former seem to be for an event, the latter is just something fun for the holidays. Swain is also getting a Hextech skin, if that’s your thing.

As usual, you can check out Riot’s full patch notes for more context and our Teamfight Tactics patch notes, if you prefer the auto-battler.

Aphelios and Alune will find victory in the whispers of the moon in 9.24. 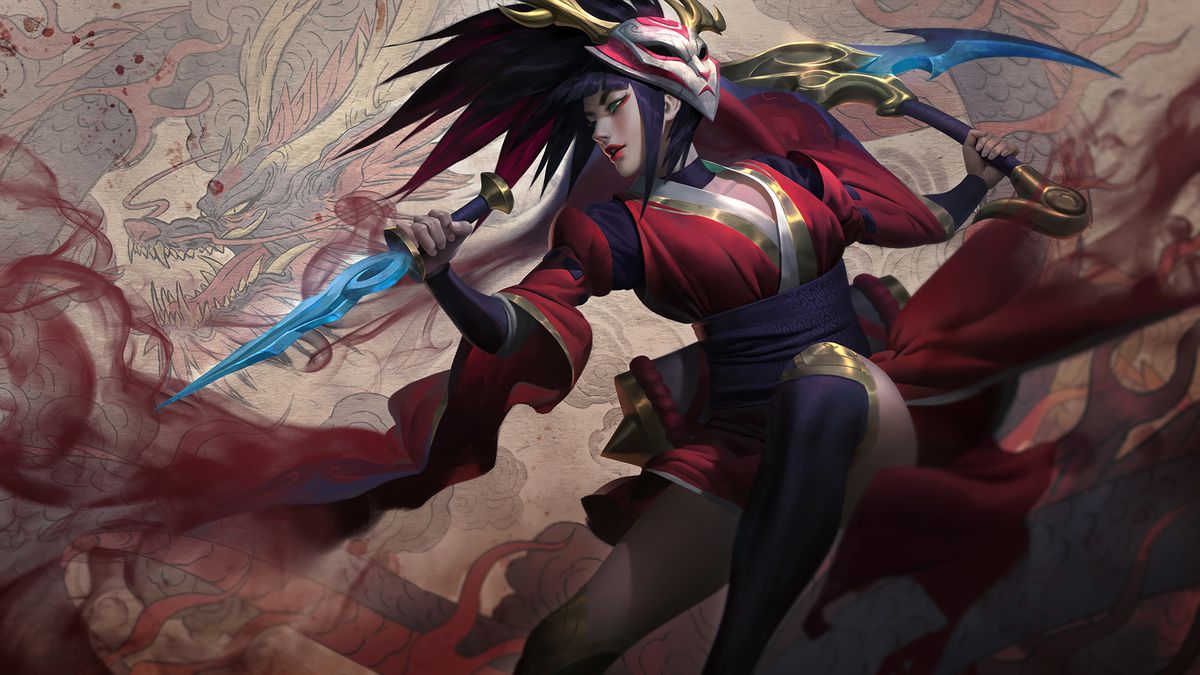 Removed the hitbox behind Akali so her Q only goes forward; Q minion and monster damage decreased.

[REM] HITBOX :: Removed the hitbox behind her 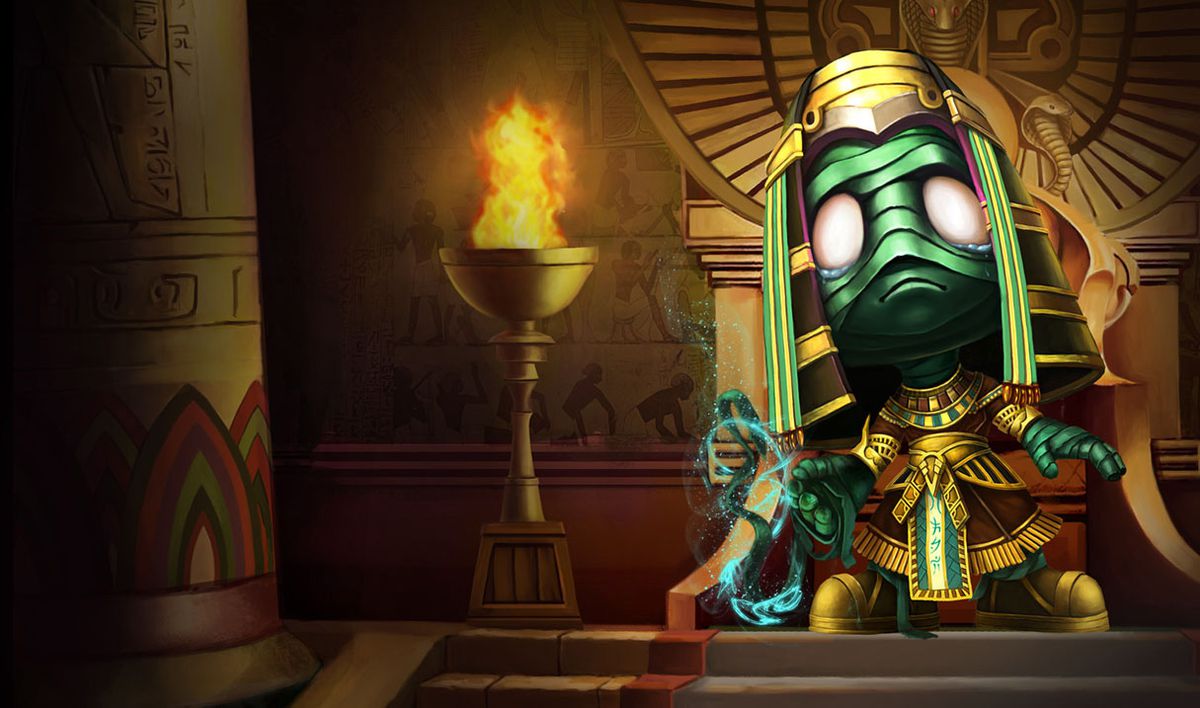 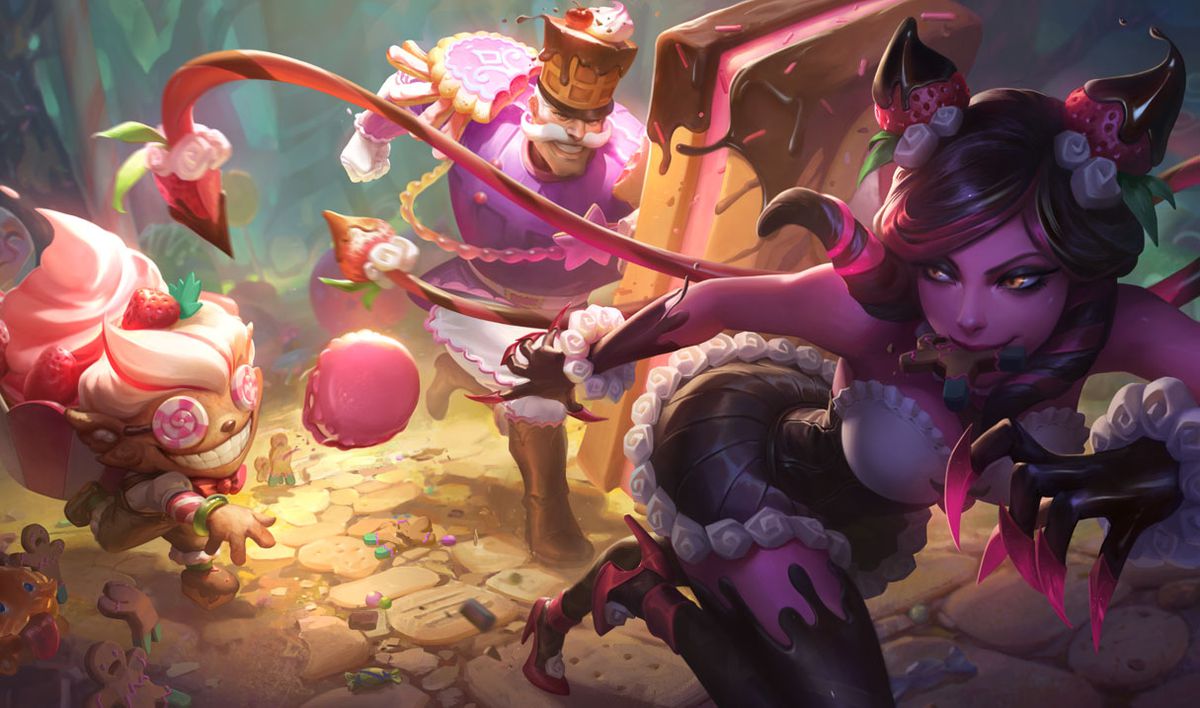 W – Stand Behind Me 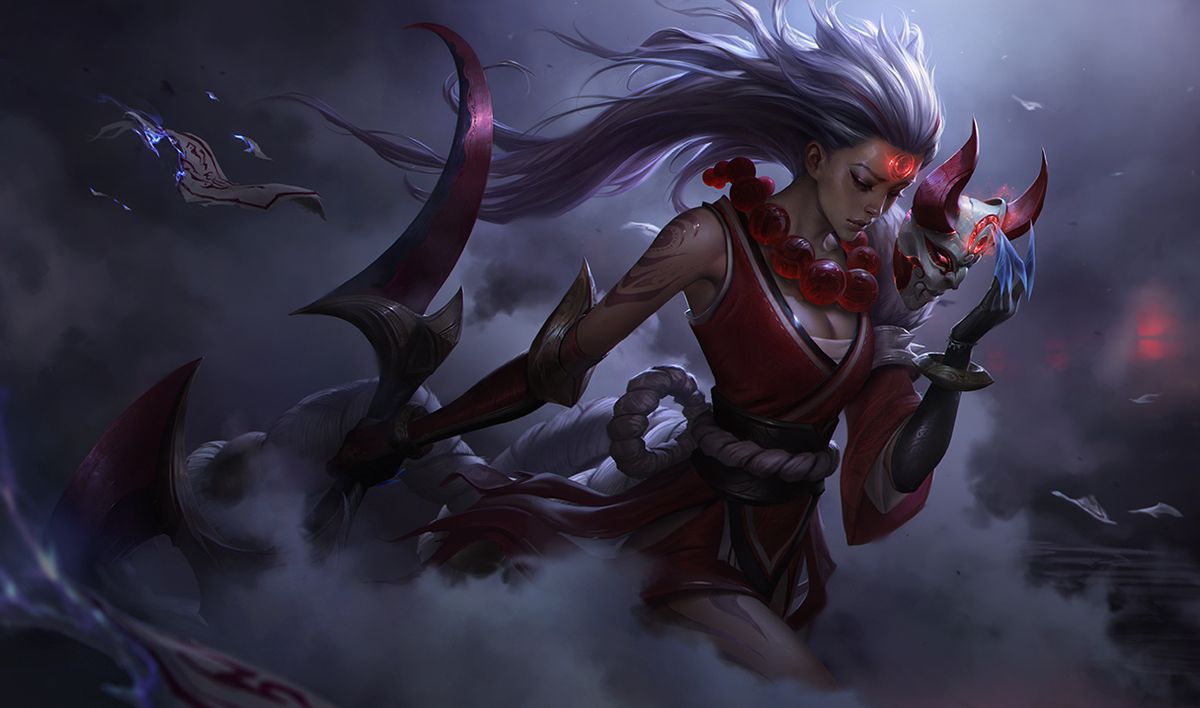 ABILITY ICONS :: Brand new ability icons to bring it up to modern standards

ABILITY VFX :: Touched up the VFX of all her abilities, including a brand new VFX for her ultimate and better visuals on her passive

ABILITY SFX :: Touched up all the SFX of all her abilities, most notably the shield and her dashes, as well as brand new SFX for her ultimate and passive 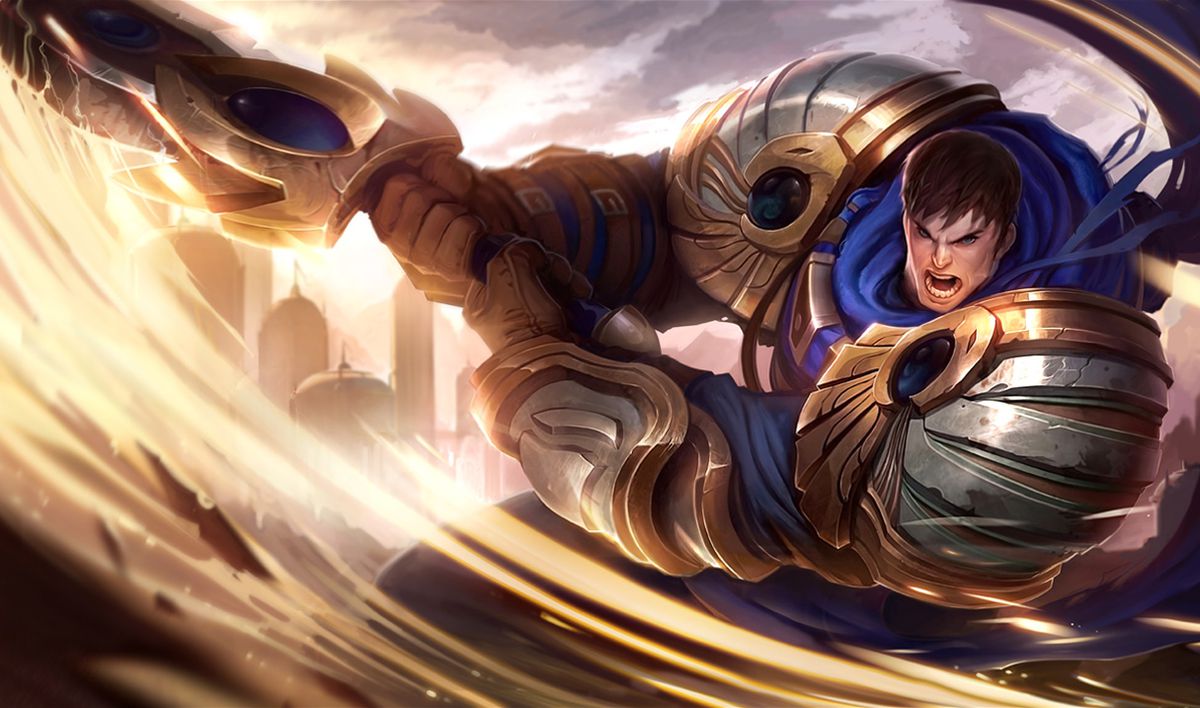 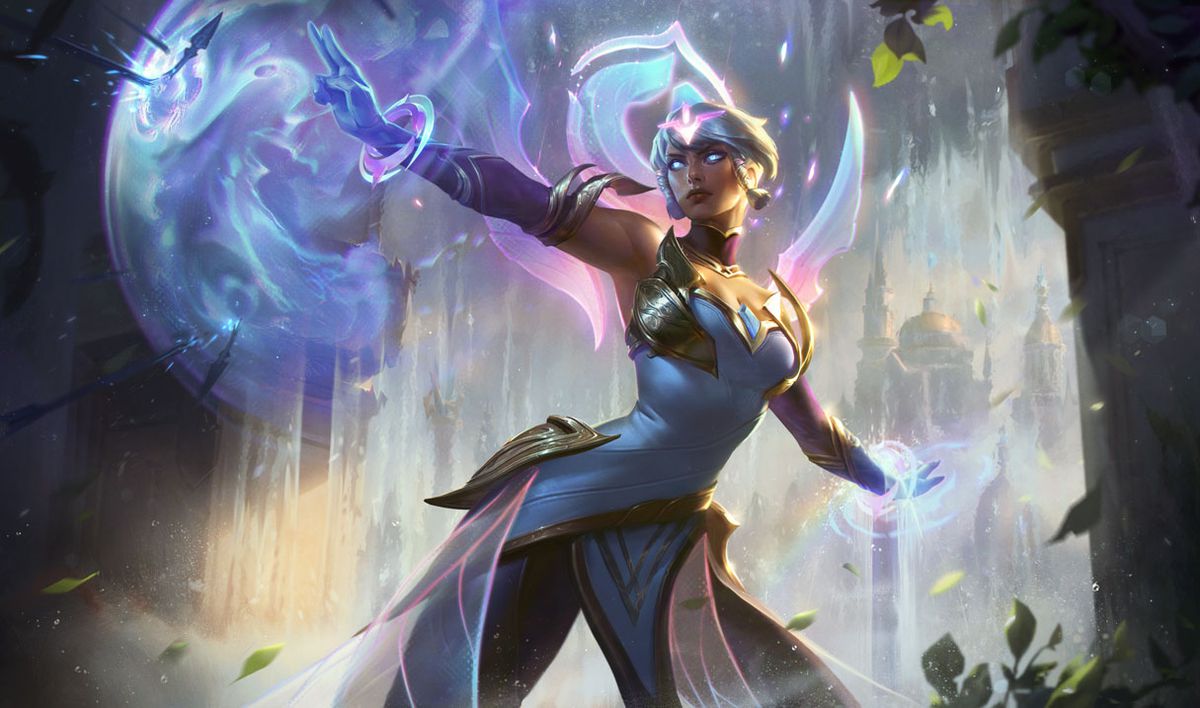 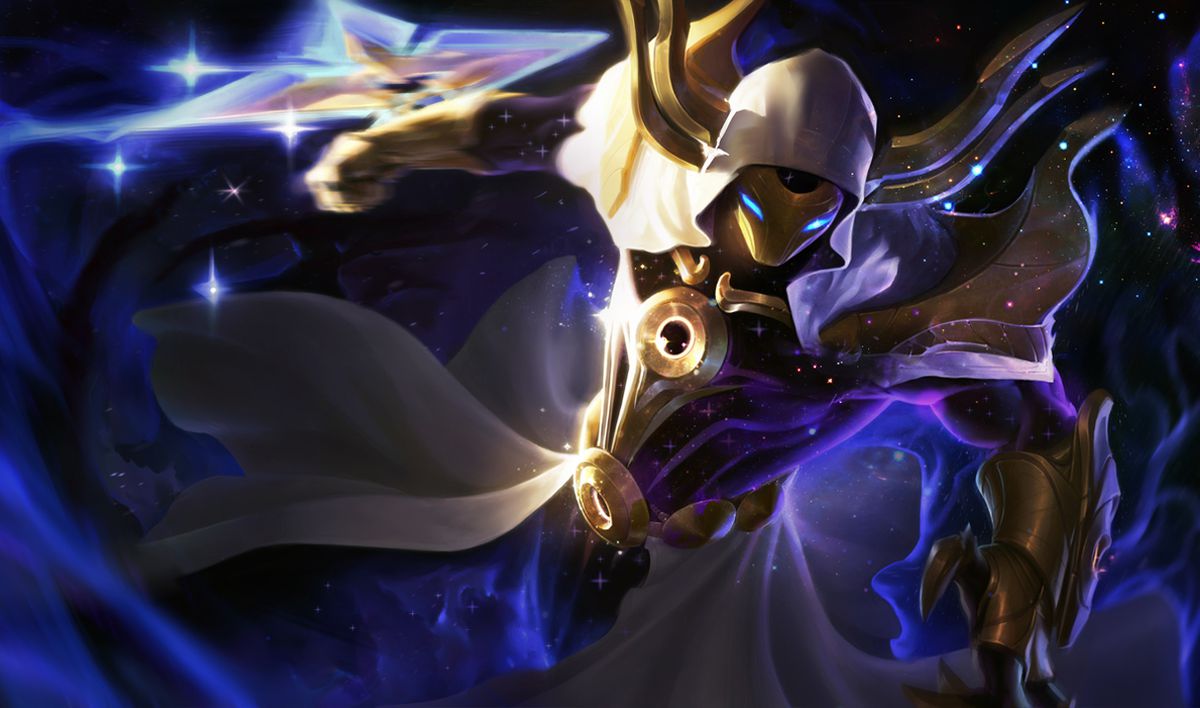 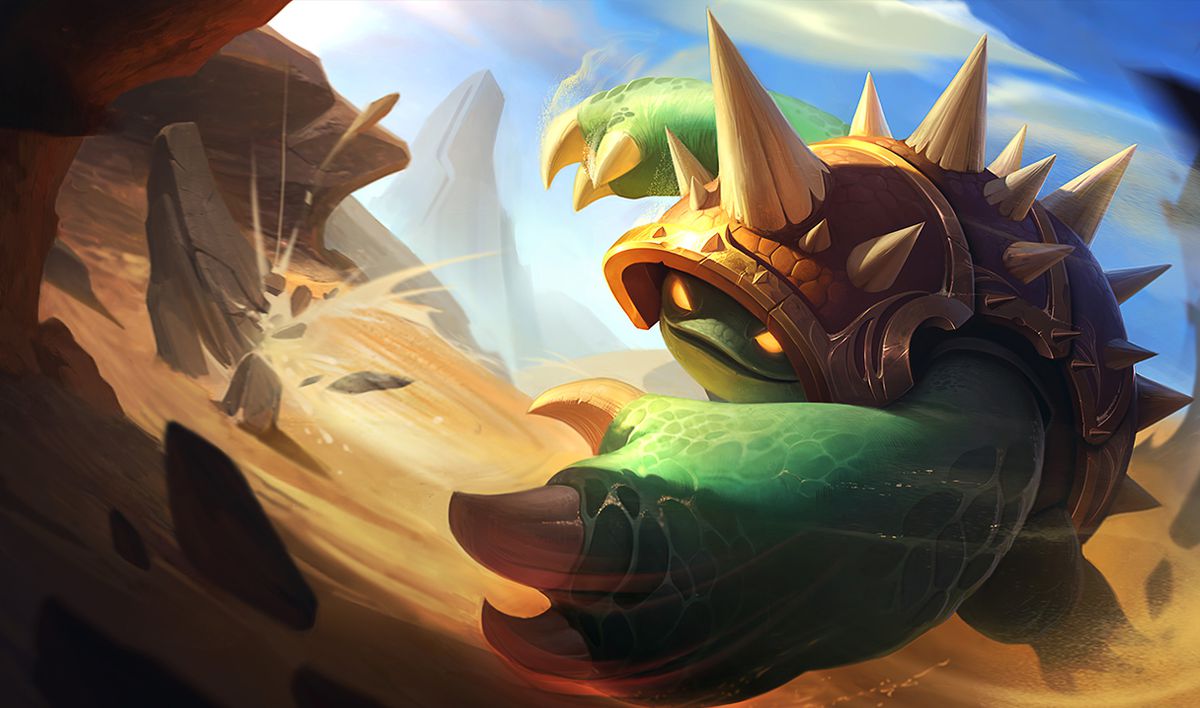 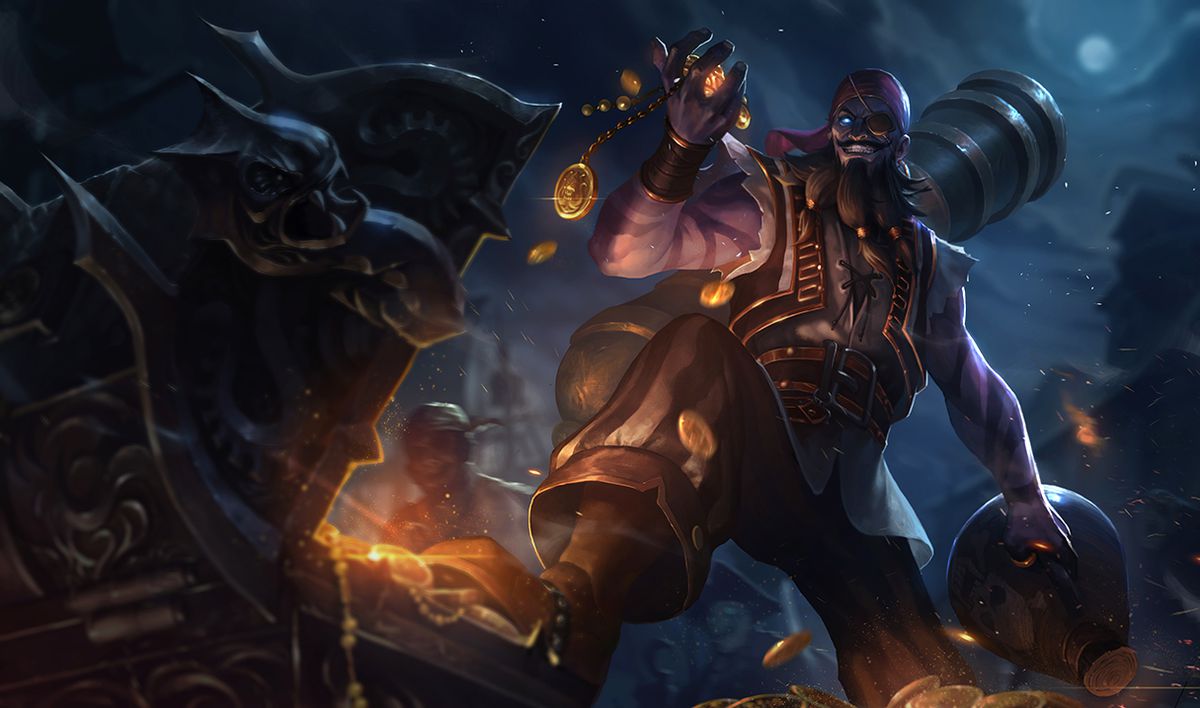 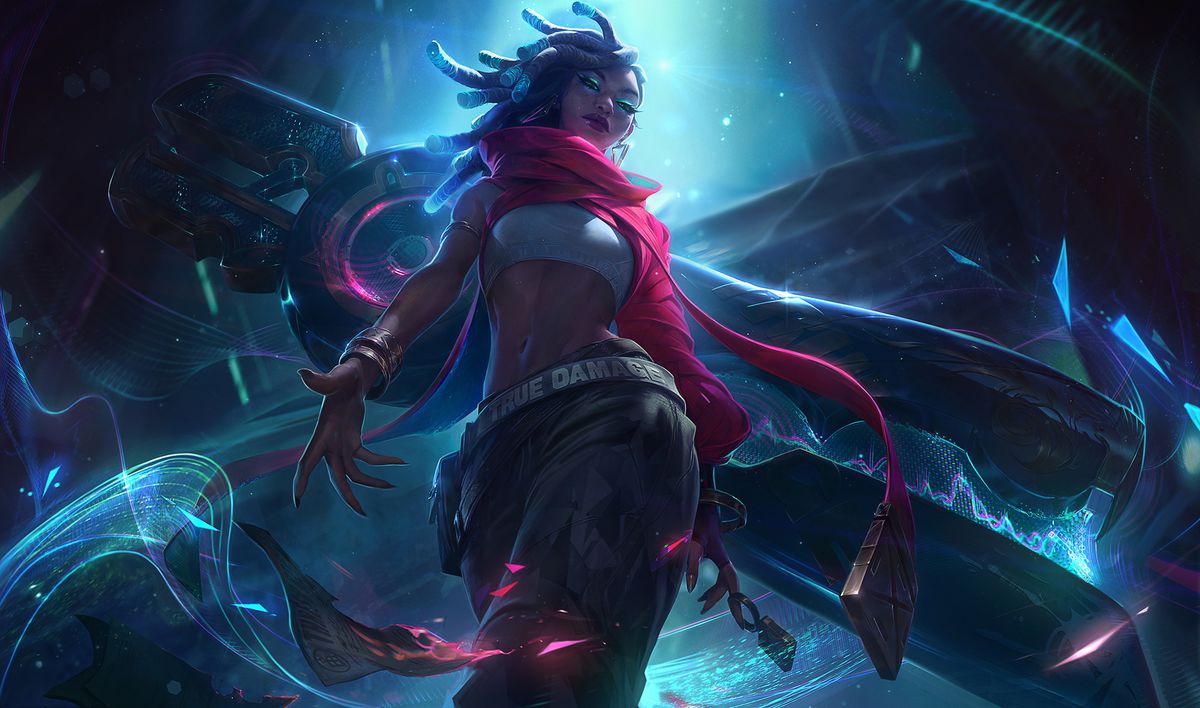 ITEMS :: Recommended items have been updated

BUGFIX :: Allied Bard can no longer kill Mist Wraiths with his Q 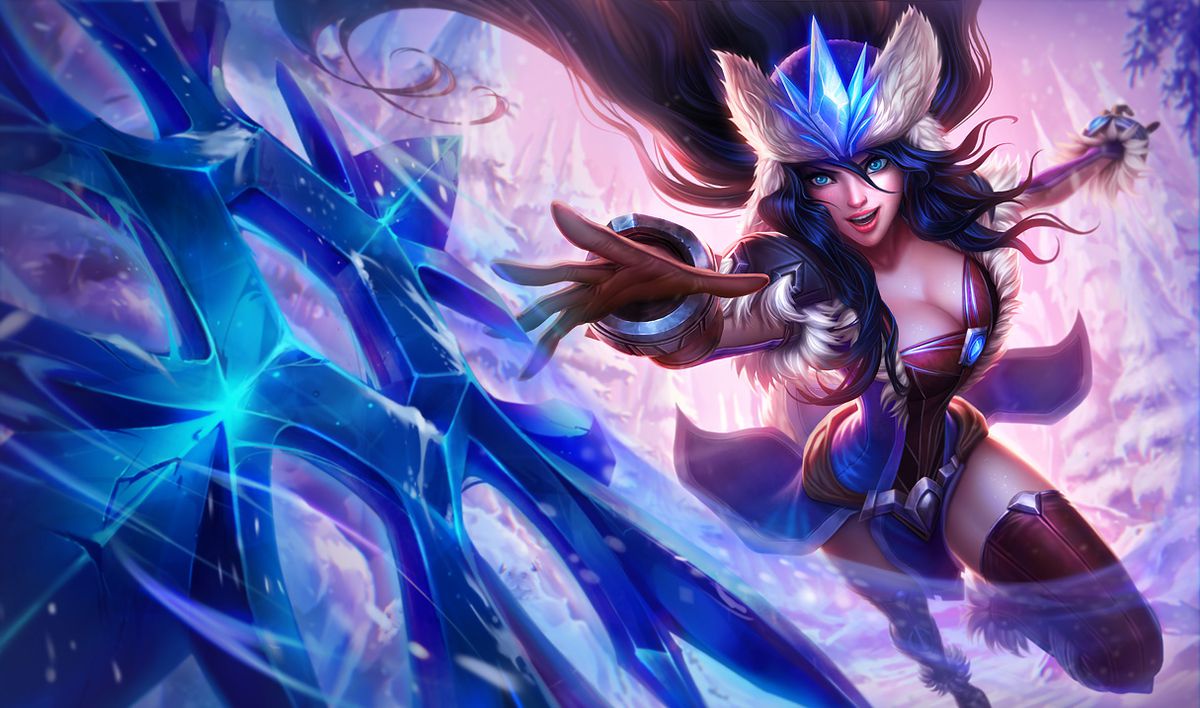 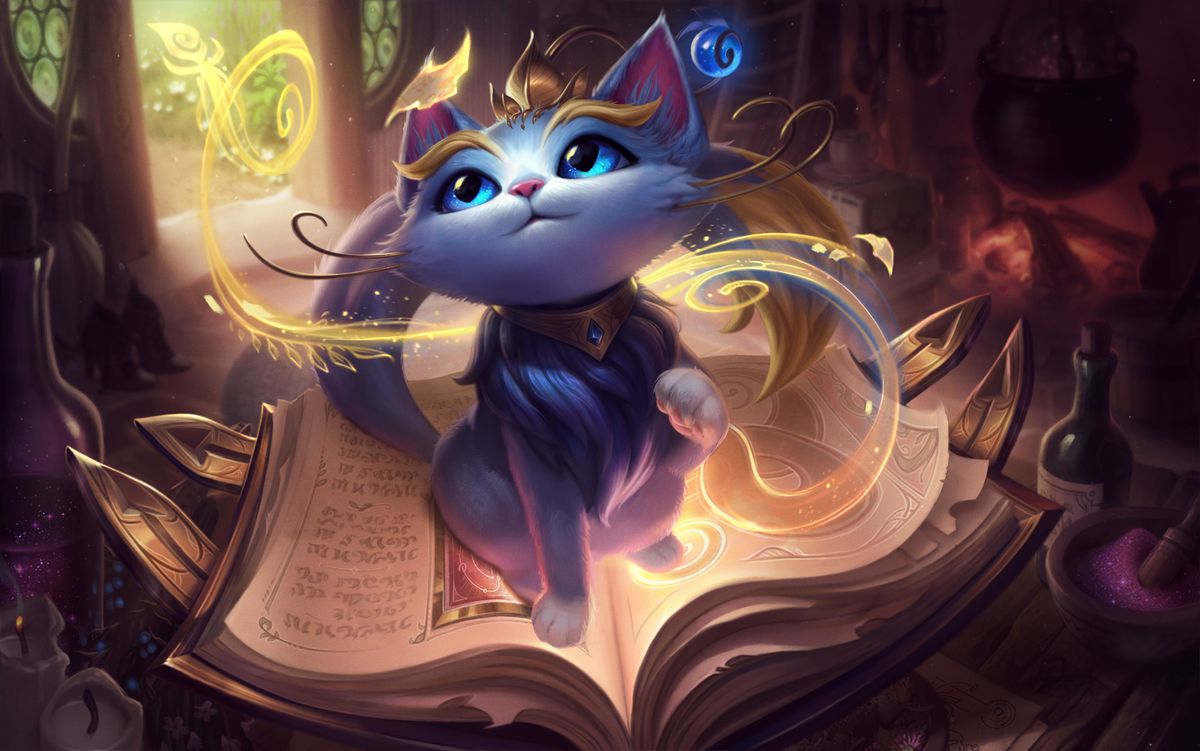 [NEW] CHANNEL :: Now has a channel time of 0.25 seconds when attaching from an unattached state

[REM] LEAVE ME :: Yuumi no longer teleports with her Anchor when attached

We improved gameplay readability on Lux’s abilities while bringing them up to today’s standards. Also, more rainbows!

BASIC ATTACK :: Cleaned up the missile and impact

Q – LIGHT BINDING :: Added a subtle effect to better show the width of the missile, sparkles, and rainbows

W – PRISMATIC BARRIER :: Cleaned up and added a subtle missile width indicator for when it goes out

E – LUCENT SINGULARITY :: Completely revamped and cleaned up the charge and explosion effects

IDLE EFFECTS :: Cleaned up and improved the staff effects when Lux is idle

ALL SKINS :: Cleaned up and made to match the base kit changes

We’ve adjusted Omnistone to be a little bit smarter at giving you the right Keystone at the right time. Below are some guidelines you can count on when taking Prototype: Omnistone.

HAIL OF BLADES :: More likely to get Hail of Blades when near low health enemy champions and building attack speed or attack damage

CONQUEROR :: More likely to get Conqueror when both you and enemies have high health (increased chance if you’re a melee champion)

FLEET FOOTWORK :: More likely to get Fleet Footwork if you are low health and below level 9

GLACIAL AUGMENT :: More likely to get Glacial Augment if you have a Glacial item off cooldown

SUMMON AERY :: More likely to get Summon Aery when you have healing/shielding power and are near a low health ally who is in combat

These were all documented as mid-patch updates for 9.23, but we wanted to include them in case you missed them!

TINT ADJUSTMENT :: Reduced the intensity of the map-wide tint for Infernal and Ocean Rifts’ ground and Fog of War

The Return of the Poro King

Hold onto your biscuits! We’re bringing back the regal and time-honored Poro King from his vacation on the shores of the fabled Ursine Lands and returning him to the Howling Abyss, where he’ll help you earn glorious victory! Have fun with the giant furball until January 13, 2019 at 11:59 PM PT.

PORO SNAX :: New Nightbringer and Dawnbringer Poro Snax are now available and will power up the King in different ways

PROGRESS TRACKER :: Featuring a new UI to track your progress toward summoning the King

BIRDS OF A FEATHER :: All ARAM-specific champion, item, and rune changes also apply to Poro King

We’re starting the transition from League of Legends accounts to Riot Accounts that’ll cover League and future Riot games. All usernames (NOT Summoner Names) have to be unique, regardless of server. This rule applies to new accounts, too. We know that these sorts of changes are never fun, but they are necessary to help update and improve Riot’s account system to support new games.

If your account shares a username with an account in another region (including PBE), you should’ve already received a heads-up email (there are still some being sent out, so keep an eye out). Starting soon, you’ll also see a dismissable pop-up when you log in, letting you know you’ll need to pick a new username. Early next year, that pop-up will no longer be dismissable. When that happens, you’ll have to change your username before you can play League.

Here are a few tips:

WHAT HAPPENS IF… :: If your account doesn’t have a unique username when we fully move to Riot Accounts in February, you won’t be able to log into the client at all and will need to go through the website if you want to log in.

I COPIED MYSELF :: If your username is listed multiple times in the list of accounts we emailed you, change the usernames of all your accounts except the one you want to keep your username on. Then try logging into that account. If you don’t see the pop-up, congrats— the name’s yours! If you still see the pop-up, a player in a different region shares your username and you’ll need to pick a new one before the pop-up becomes permanent in January.

WHO COPIED ME :: If your username is only listed once on the list of accounts we emailed you, that means a player in a different region shares your username. You’ll need to pick a new one before the pop-up becomes permanent in January. 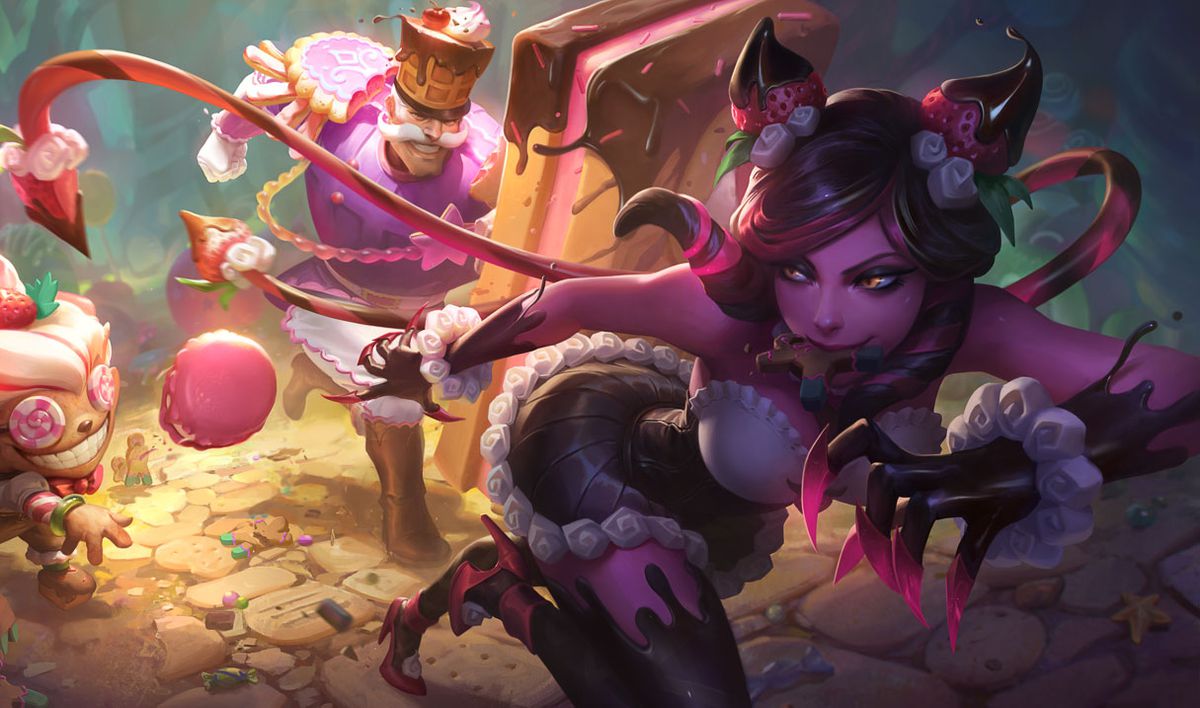