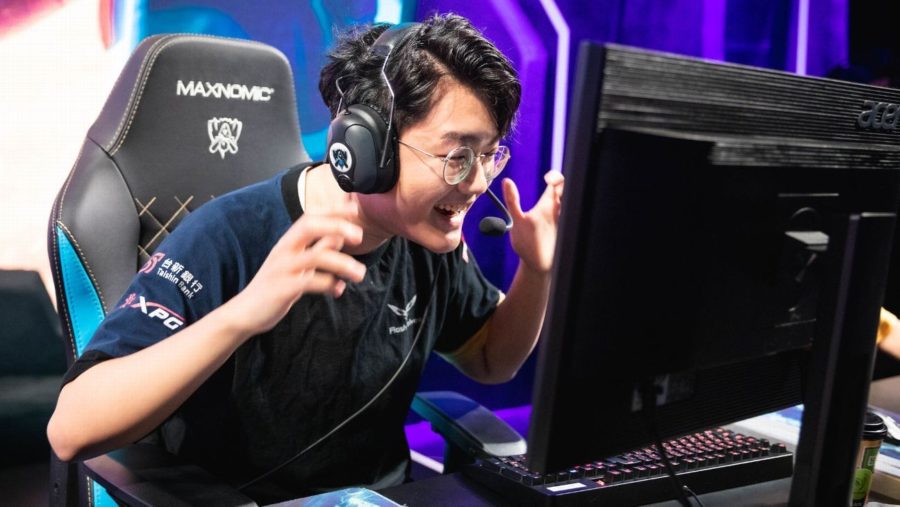 League of Legends — What we learned from the Demacia Cup

China’s Demacia Cup has come and gone, and with Royal Never Give Up’s victory in the preseason League of Legends tournament, it’s time to make some way-too-early judgments based on these results.

Here are a few lingering questions from the event and what we can take away going into the 2020 LoL Pro League season.

How seriously should we take these results?

The short answer is, not too seriously. Most teams use this as a competitive test of their new lineups or rookie players to give them much-needed experience.

The longer answer is that Royal Never Give Up was already a playoff team at worst, so this particular victory doesn’t mean much in the long run, especially with certain rosters resting presumed starters or starting their entire LoL Development League lineups. That said, this win bodes well for RNG, specifically in that their new jungler, Li “XLB” Xiao-Long, improved by the game with the team. Bot laner Lu “Betty” Yu-Hung also looks like a more than suitable carry for the team if Jian “Uzi” Zi-Hao is sidelined due to injury.

Which team looked the strongest outside of RNG?

JD Gaming, Vici Gaming, EDward Gaming and even Bilibili Gaming all looked better than expected, even when facing presumed stronger lineups like those of Top Esports.

JD Gaming in particular has a remarkably strong top side with the trio of Zhang “Zoom” Xing-Ran, Seo “Kanavi” Jin-hyeok and mid laner Zeng “Yagao” Qi. Expect Top Esports, Invictus Gaming and FunPlus Phoenix to look significantly better by they LPL’s spring split, but JDG, VG, EDG and BLG all looked interesting enough in this Demacia Cup that their spring seasons should be something to look forward to.

Who are the top rookie players to look out for?

Above all else, Demacia Cup is a soft debut for up-and-coming Chinese talent.

The 2020 LPL rookie class is shaping up to be one of the more interesting and gifted groups that China has had in a while. There have always been standouts promoted immediately to the LPL like Invictus Gaming’s former bot laner Yu “JackeyLove” Wen-Bo or current Vici Gaming bot laner Hu “iBoy” Xian-Zhao. In last year’s Demacia Cup, Top Esports top laner Bai “369” Jia-Hao, made his highly anticipated debut, a precursor to a strong rookie year in the LPL.

Here are a few players who showed out at the Demacia Cup this year that you can look out for in the upcoming LPL split.

Formerly known as “xiaolongbao,” XLB was the headliner among rookies at the Demacia Cup.

After the loss of Hung “Karsa” Hao-Hsuan, who is still one of the strongest junglers in the LPL, RNG turned to Young Miracles’ XLB due to his strong mechanical skill and LDL success.

A lot can go wrong with rookie junglers generally, especially when they’re thrust into the spotlight before they’re ready — iG jungler Lu “Leyan” Jue comes to mind — but XLB’s Demacia Cup debut showed a lot of promise. He has the hallmarks of an LDL jungler used to getting away with quite a bit and will have to adjust to the stronger vision coverage and stronger laners that come with LPL competition. His first few Demacia Cup games in particular were fairly shaky, but XLB looked significantly more comfortable come the finals, where he bested EDward Gaming’s Zhao “Jiejie” Li-Jie.

If Li “Xiaohu” Yuan-Hao can be a strong, steady presence for him in the RNG mid lane, XLB will be punished less for those risky invades as he learns through experience how much he can get away with compared to his LDL days.

Alongside RNG’s XLB, Top Esports’ Photic was the other Demacia Cup debut to watch.

Although many had clamored for a stronger Top Esports bot lane than the 2019 duo of bot laner Lee “LokeN” Dong-wook and support Nam “Ben” Dong-hyun, TES promoting their LDL bot lane over going for larger names was met with a surprising amount of derision. Photic and support Liang “yuyanjia” Jia-Yuan need experience, but their talent — particularly Photic’s mechanical prowess — is obvious.

The last Top Esports rookie to debut at Demacia, 369, did pretty well in the LPL as well. Photic looks to be another strong addition.

An EDG top lane trainee, very little was known about xiaoxiang going into this Demacia Cup. Now, anyone who watched EDG play in this tournament knows his name.

There’s a running joke that the worst LPL position to be in is the top laner of either RNG or EDG because both teams are so bot-lane-focused. While I doubt EDG will stop their love of bot lane dives, xiaoxiang looks like a strong addition to the team if they choose to go top side.

Who wins the Betty vs. Uzi argument?

Despite what many seem to think, these two facts aren’t mutually exclusive: Betty is a strong bot laner, and Uzi is one of the best bot laners to play the game.

The two players are naturally pitted against each other because they both play the same position, but Demacia Cup showcases what a valuable asset Betty can be to this RNG team. Uzi’s chronic injuries will likely remain an issue in 2020, and the LPL season is the longest and most arduous of any major League of Legends region.

A backup like Betty will allow RNG some much-needed flexibility from an experienced bot laner who, unlike previous RNG substitutes, won’t need nearly as much of an adjustment period going into the LPL.