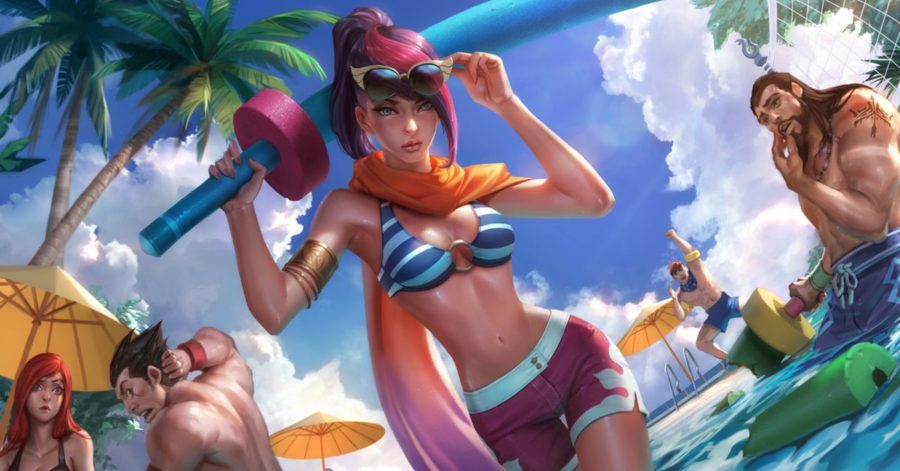 It’s time for the yearly League of Legends Pool Party! This year, we’re getting some fun mission and some exclusive types of loot to buy.

There aren’t too many missions, but they give pretty good rewards, so get cracking on completing them! The missions will be available from Aug. 2 at 12 p.m. ET until Aug. 14 at 2:59 a.m. ET.

Win 2 games of One for All

Win 4 games OR Wear a Snowdown skin in a game

There isn’t too much real crafting in this event, but there is special loot you can buy for Riot Points. (The crowd boos.)

These contain a random skin shard for a champ of the orb’s position, as well as a chance for a Gemstone, Gemstone skin or a crab bag.

It’s pretty self explanatory. If you pick the top lane orb, you’re going to get a skin for a champion like Aatrox, Wukong, Pantheon, etc. If you pick a jungle orb, you’ll get a skin shard for Amumu, Zac, Skarner, etc. It’s positional, so you shouldn’t get skins for champions you have zero chance of playing in the future.

This only drops from one of the Position Orbs and has six total skin shards. One skin shard will come from each role (assassin, fighter, mage, marksman, tank and support). Note that this is not positional role, this is each class role.

For more information on what champions fill out what positions and class, check out Riot’s listing on their Pool Party post.