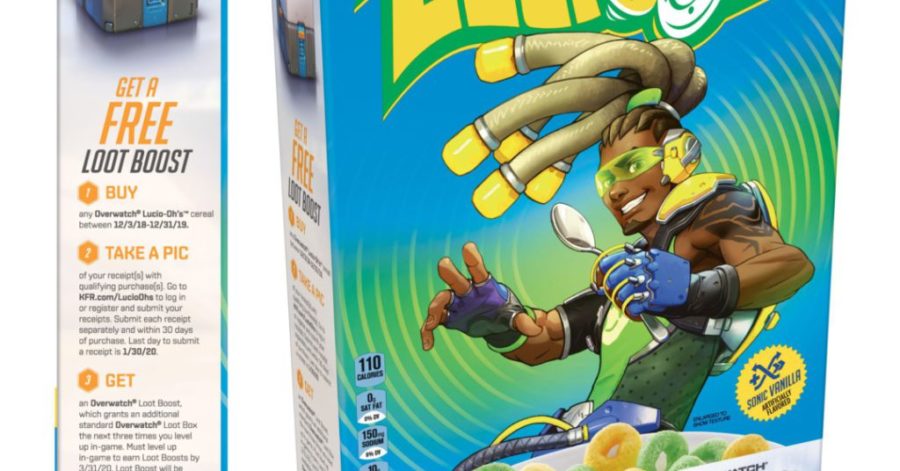 Lucio has his own breakfast cereal now

Lucio is getting his own breakfast cereal soon, according to a report from The Junk Food Aisle. Apparently, listings for the new Overwatch themed cereal have been spotted on other websites along with an image of the product’s packaging.

Based on the box, the cereal will be called Lucio-Oh’s and will feature yellow and green cereal loops with a “Sonic Vanilla” flavor. We aren’t totally sure what that means. Of all the Overwatch heroes there are plenty that could have had their own breakfast cereals, but Lucio is probably the most natural fit thanks to his popularity and the fact that he’s one of the game’s most recognizable faces. Not to mention that his yellow and green design is practically made for the bright colors of a cereal box. So perfect in fact, that there’s already an in-game Lucio-Oh’s spray that’s been in the game since early last year.

What might be even more exciting for fans than the cereal itself — look, I’m really not sold on Sonic Vanilla — is that each box comes with a “Loot Boost.” According to the packaging, if you send in a photo of your receipt, you’ll get a bonus loot box with your next three in-game level ups. This is a first for Overwatch. In previous Kelloggs’ partnerships players would simply get a loot box for their purchase, but with Lucio-Oh’s you’ll have to keep playing to earn more rewards, but you’ll get more loot boxes out of it in the long run.

While we don’t have a firm date on the release of Lucio-Oh’s, the box says that the Loot Boost will be available starting on Dec. 3, so that’s our best guess as to when you can try out the Overwatch cereal for yourself.