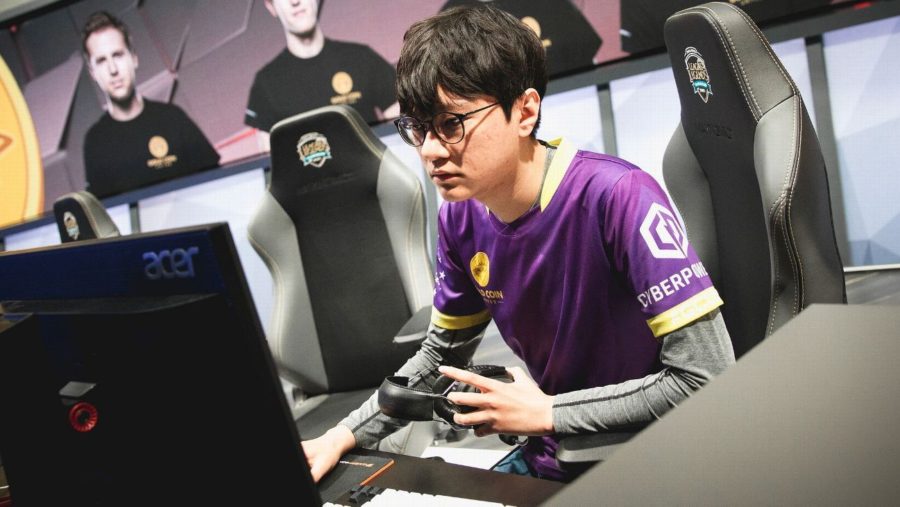 Madlife ‘changed the concept of support’ in League of Legends

He knew where you would go even before you did. And by then it was too late, you were already hooked, sentenced to a grayed-out game over screen and a curse word on the edge of your lips.

Last week, multi-time All-Star support Hong “Madlife” Min-gi announced his retirement from professional play following an illustrious career that spanned over six-and-a-half years. During his time as a pro, Madlife anchored the first South Korean team, Azubu Frost, to make a World Championship final, coming up short against Taiwan’s Taipei Assassins in 2012. His greatest physical achievement came a few weeks prior to the Worlds final, upending Counter Logic Gaming Europe in the OGN Champions summer final in a reverse-sweep to win the first and only major championship of his career.

Amateurs at the time of Madlife’s professional debut were drawn to the support position due to his reckless nature and flashy play. Support was once considered a position only known for utility, but Madlife had turned it into a role that could be just as showy as the others. Madlife’s hooks on champions with Thresh and Blitzcrank became legendary, predicting where a player would flash and snaring them like he was an oracle.

“If he wasn’t there in the past, League of Legends couldn’t be like this,” Team Liquid’s support Kim “Olleh” Joo-sung said last weekend at the LCS Arena. “He was a really huge part of our Korean League of Legends. He changed the concept of support. I think because of him Mata showed up, GorillA showed up, and so many supports showed up because Madlife inspired so many people. I think the reason I started [playing] Thresh was Madlife. I think every [support] was affected by Madlife.”

In the age of Youtube and viral clips, Madlife was one of the first League of Legends pros to become a well-known name across the world through his plays in solo queue and on the pro stage. When teams were still trying to figure out how League of Legends would play out in South Korea, Madlife’s first team, Frost (MIG/Azubu/CJ Entus), became the first real dynasty in the country hungry for esports success. Before SK Telecom T1 took over the mantle in 2013 and a boy in a red jacket named Lee “Faker” Sang-hyeok became the face of the game, there was Madlife on the best team in South Korea, changing the position one hook at a time.

NA LCS MVP Zaqueri “Aphromoo” Black remembered the first time he met Madlife in 2013, at the first Riot Games All-Star event in China. Madlife showed up and locked in Thresh every game, before showcasing his signature predictive skills.

“He was literally doing that to every single team he played against,” Aphromoo said. After watching Madlife show the capabilities of what a support could be, Aphromoo went back to the drawing room and practiced until he could pull off “Madlifes” on his own in solo queue and under the lights of the LCS studio.

“He got me into the game a lot and playing more of the aggressive supports,” Nickolas “Hakuho” Surgent said. Hakuho is Clutch Gaming’s star support and a fellow notorious Thresh player. “My play style is to go in and fight people, which what he did on Thresh. He was super good at predictions and skill-shots in general, which is what I try to do.”

Madlife made playing support cool. Like Steph Curry did to the NBA with his three-point shooting prowess, Madlife changed how people play and view the game entirely. Instead of trying to figure out a way not to be saddled with the role of support, the position became something different, and it allowed support players to express themselves through flashes, kills, and other maneuvers than simply being on shields and healing duty. Madlife enjoyed being in front of the action, wowing viewers and opponents alike with his revolutionary way of playing.

“He changed the role to what it is now,” said Optic Gaming’s Terry “Big” Chuong. “Before it was just dropping wards and that’s it, you know. But now, it’s like let’s try to make a flashy play if you can. If it’s good, you’re confident. You flash predict someone, the crowd goes wild, your team wins, and everyone is happy.”

But like with all the greats, Madlife’s peak didn’t last forever. As the game grew in South Korea — partly due to his influence — the region became tougher, new faces emerged and by the time 2016 came around, the once-great CJ Entus dynasty had become one of the lower-ranked teams in the domestic league. When the team was finally relegated down to the second tier, Madlife decided to take his talents to North America to play on Gold Coin United in his final days as a professional. Although his mechanics weren’t what they were used to be, his intellect and game knowledge were still second-to-none, allowing him to enjoy some success in his quest to promote his new American team to the NA LCS.

In the promotion tournament to get there, he would face off directly with someone whom he’d inspired to become a professional. Matthew “Matt” Elento, the support of the Golden Guardians, first went under the ID of “Mattlife” when he began playing, and his signature Thresh was fashioned after the support icon himself. When Matt got to play against his idol on the stage — and actually defeat him — it was a surreal, and somewhat bittersweet, moment.

“I looked up to [Madlife] and ended up playing against in the relegation tournament,” said Matt. “I ended up beating him, that was probably the last time he was playing on stage, so it kinda feels like I was the last step until he retired. So … pretty surreal to be part of his legacy and journey. He was probably one of the biggest reasons why I main support.”

While he never won the Summoner’s Cup, Madlife’s legacy will go on with the players he inspired. The next time you see a support player hoist the Cup into the air, just remember that there is a good chance they wouldn’t be standing there without a little help from Madlife.