After a long wait for a new skin, Aurelion Sol fans should be pleased to know that the mystical dragon is getting a Mecha skin.

The skin looks pretty detailed, with AuSol changing colors and having pretty cool particles. It looks like the bits that circle him are little space ships, which is a great touch.

This skin is tentatively priced at 1350 RP.

This is Aurelion Sol’s first skin since his release in March 2016. While Aurelion Sol mains frowned every time a new skin was announced that wasn’t for the Star Forger, they should be appeased now that he’s finally getting a skin. (After all, Riot promised us this would happen this year!) 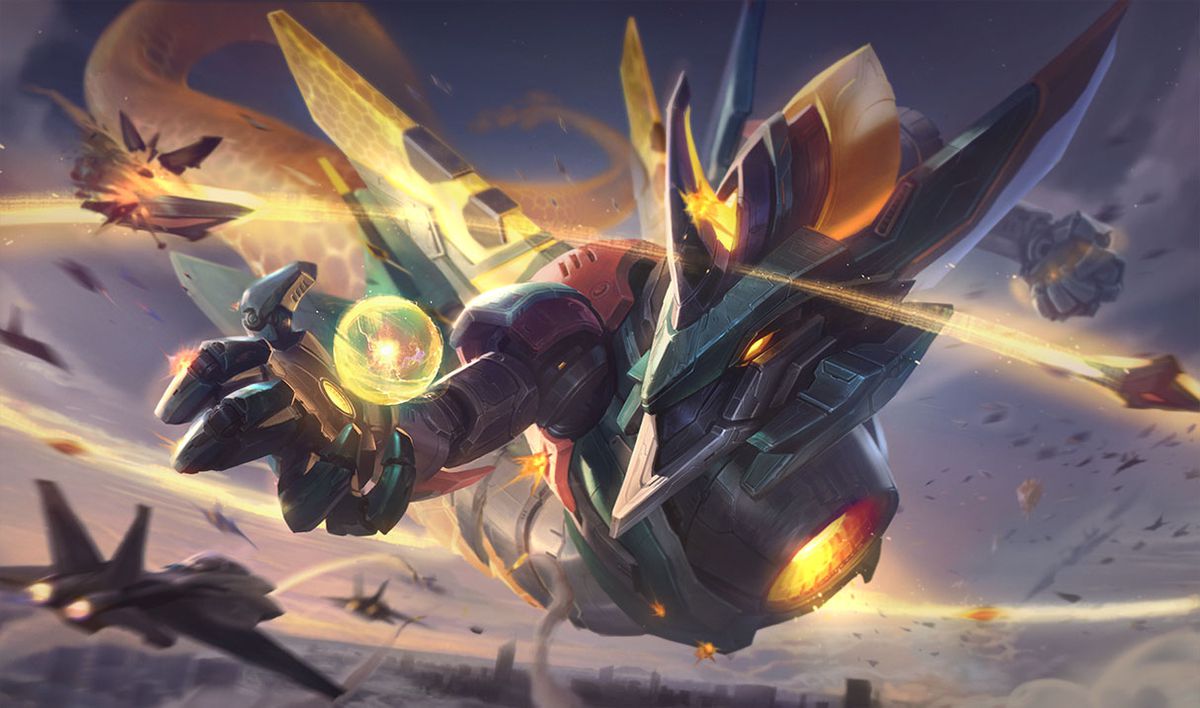 With that, the meme of “No Aurelion Sol skin?” has been put to rest … only for one to eventually rise and take its place. Who will we complain about now? Who’s next on the docket?