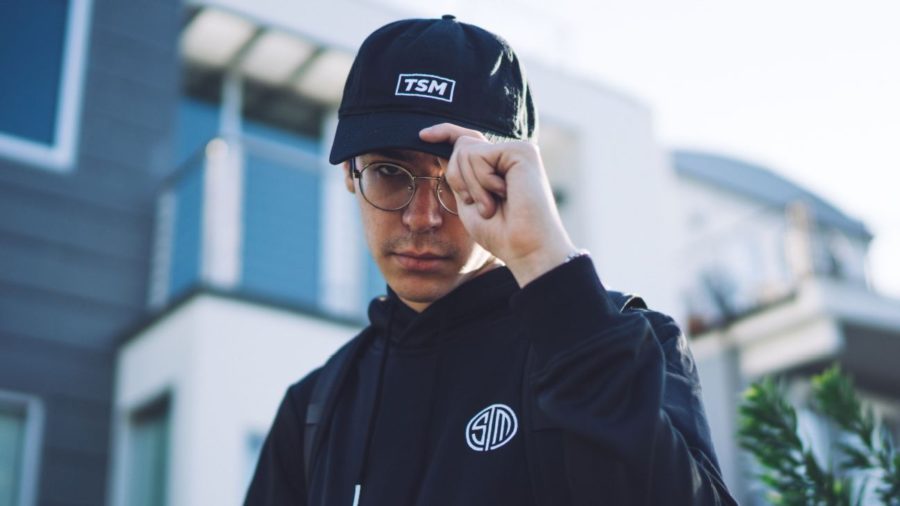 Joshua “Dardoch” Hartnett laughed. He paused for a moment, weighing his response.

Now that he had been chosen as Team SoloMid’s starting jungler, would he follow the playbook of TSM lineups past and invade his opponents’ second blue buff?

“Well, that will depend on the champions we’re playing for sure for who gets the blue,” he said. His smile was in his voice, and he ended the thought with a slight chuckle. “There are cases in the game where it’s better to go on jungle and better to go on mid. It’s all up to interpretation for sure and how the players specifically think about it. If that’s the play, I’ll definitely go towards the second blue.”

At this point in time, the name “Team SoloMid” dredges up a specific image, emotional reaction (either positive or negative) and even the occasional fandom skeleton. TSM were, and still are, North America’s most iconic brand. They have a strong fanbase. Historically, they have been one of the best, if not the best, team in the League of Legends Championship Series. Their brand morphed from a group of brash, talented and occasionally hapless pioneers of early League of Legends to NA’s default brand based around multiple years of LCS titles and domestic success.

They also always invade second blue buff, and they (almost always) get away with it.

But for the past two years, TSM’s brand has shifted from indubitable success to that of squandered potential. On paper, the 2018 and 2019 TSM lineups looked strong, but both failed to win a domestic title while former TSM bot laner Yiliang “Doublelift” Peng, the crown jewel of their 2016-17 lineups, won four with his post-TSM destination, Team Liquid.

Many of TSM’s problems have stemmed from the jungle position, particularly over the past year where it became a rotating spot between Matthew “Akaadian” Higginbotham, Jonathan “Grig” Armao and, at the tail end of this season, rookie Mingyi “Spica” Lu. Being a TSM jungler has been compared to a variety of arduous and ultimately fruitless tasks.

This is the perception and legacy that Dardoch is up against.

“I think playstyle is dependent on the players on the team more than anything, so I think TSM’s playstyle historically may have followed a similar trend to previous years, but I don’t think that will necessarily be the case with my roster or this roster that I’m on,” Dardoch said. “I don’t like to buy into that whole thing where the jungler of TSM is always going to play worse or is going to turn into a ward or anything like that. I think that’s all just a meme, to be honest. I don’t believe in that at all.”

Joshua “Dardoch” Hartnett has played for Team Liquid, Immortals, Counter Logic Gaming, Echo Fox and OpTic Gaming on the League of Legends Championship Series stage. He’ll be wearing a Team SoloMid jersey in spring as he attempts to reestablish himself. Provided by Riot Games

Similarly, the name “Dardoch” inspires a certain image, several less-than-complimentary adjectives and a very specific scene from Team Liquid’s original documentary series, “Breaking Point.” Since his inauspicious LCS debut in 2016 with Team Liquid, Dardoch has been on seven different teams, bounced back and forth from LCS to organizations’ Challenger/Academy squads. After leaving every destination, the rumors that have followed Dardoch since 2016 Team Liquid remain the same: He’s difficult to work with, can ruin a team environment, and doesn’t try as hard when he feels like his supporting cast isn’t up to his level of play.

The jungler has reflected on those critiques as well.

“I’m not a very patient person in most aspects of life,” Dardoch said. “I’m a really impatient guy, to be honest, so just working with people below my skill level individually was a process that I had to be patient for because it was going to take time regardless, and there was no way I was going to come into an Academy split and just smash everyone from the get-go just because I played in LCS in previous seasons. I think the biggest lesson in Academy for me was actually learning to adapt to my teammates for a change. I had just been moving from roster to roster for years; everybody is just adapting to me.”

Dardoch was heralded as someone who would refuse to conform to TSM’s historical expectations of a jungler: That could either push TSM forward or destroy the team from within.

Dardoch’s in-game prowess has rarely been questioned. It’s the trail of out-of-game problems that he’s left in his wake that have affected his reputation and organizations’ willingness to keep him on their LCS rosters for any length of time.

But the 21-year-old who began his pro career as a teenager said he’s grown beyond those past problems. This time, he said, will be different.

“The biggest part from when I’ve started as a pro to now is just relationships with people,” Dardoch said. “How you need to treat specific people specific ways and how everyone is their own individual person. I know that’s a vague way to put it, but there’s so much regarding that aspect of life in general that I’ve learned so much from when I was a 17-year-old kid playing solo queue being super toxic to everyone he met in the game to now being pretty much the complete opposite, in my opinion.”

TSM general manager Parth “Parth” Naidu said “leadership and intelligence in how he wants the team to play around him” were the biggest factors for TSM when they decided to pursue Dardoch. In fact, the jungler was the first player TSM pursued this offseason.

Parth said TSM had been interested in Dardoch previously, but TSM’s staff — specifically their sports psychologist and new head coach, Peter Zhang — going into the 2020 season is what ultimately made Dardoch TSM’s choice.

Dardoch will join a roster that includes Søren “Bjergsen” Bjerg, a legend and now part-owner of the organization, as well as a new bot lane with former Splyce AD carry Kasper “Kobbe” Kobberup and Vincent “Biofrost” Wang, who returns to the team after a stint on Counter Logic Gaming. Bjergsen and top laner Sergen “Broken Blade” Çelik are the lone holdovers from a team that was most recently knocked in of the LCS Summer Split quarterfinals by upstart Clutch Gaming and then stunningly reverse-swept by Clutch in the regional qualifier for the world championship.

Joshua “Dardoch” Hartnett, right, butted heads with teammates during his time on Team Liquid in 2016-17 but says he has grown as a person and player since those much-publicized struggles. Riot Games

Dardoch said he thinks he can help TSM get past the last two years and that his strengths fit well with the roster around him.

“As a player, I think I give an easy-to-follow play pattern in the game where I have a very natural line of communication between me and my teammates at all points in the game,” he said. “It’s very easy to build off of what I’m saying and gameplan off of that. At least in my past experiences on multiple teams, it’s been easy to guide my team in multiple stages.”

Regardless of the votes of confidence from management and the player’s perceived growth, picking up Dardoch is a risk. But it is a risk worth taking for an organization looking to break a pattern of disappointment.

TSM could have gone with a different North American jungler more suited to their usual playstyle, like former Team Liquid jungler Jake “Xmithie” Puchero, who landed with Immortals. But given TSM’s history, anything less than a domestic title and a spot at an international event is seen as last place, and sticking to the status quo doesn’t seem like the best option for an org that clearly needs to shake itself up.

It’s also less of a risk for TSM than Dardoch who, in his own words, has never had an opportunity quite like this one. If he doesn’t back his words up with actions and play at the level TSM and analysts have thought he was capable of for years, the finely balanced scale between untapped potential and negative personality will tip definitively toward the latter.

If it works, though? This will likely be the North American success story of 2020, and one that can result in international relevance for TSM once again.