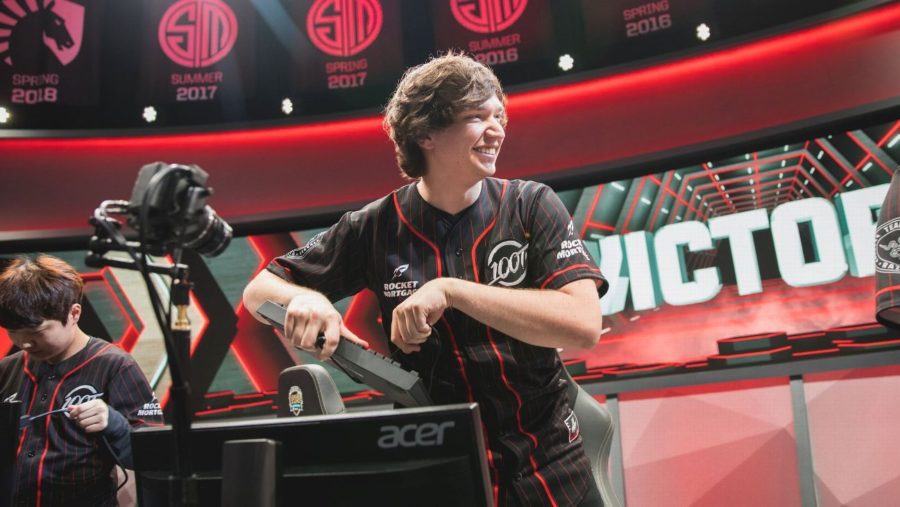 Former 100 Thieves jungler William “Meteos” Hartman tweeted on Sunday that he had been traded to FlyQuest, suggesting in a now-deleted tweet that he was misled. The trade, which included another player, Andy “AnDa” Hoang, is one of the first one-for-one trades between two teams in the North American League of Legends Championship Series.

In replies to Hartman, a number of players seemed confused — with some, including Counter Logic Gaming AD carry Trevor “Stixxay” Hayes, asking if a trade like that was even allowed. Others, such as Team Liquid AD carry Yiliang “Doublelift” Peng, replied with simple text emotes, like “XD?”

For years, pro League of Legends players have watched their industry grow — from big-name investors dropping $112 million total in franchise fees for entry into the NA LCS, to the integration of sports mental health coaches and better team accommodations, among other developments in a maturing industry.

And as a result, players have reaped the benefits; the average salary for a pro North American League of Legends player in January 2017 was $105,000, according to a confidential survey completed by ESPN. That number has certainly grown significantly within the past year. People inside the esports industry, including myself, hoped for such a financial windfall, but it’s time to take responsibility for the professional dance that comes with monetary success.

A fair amount of players have signed contracts without advice from a lawyer, much less an agent; yet some teams — and even league organizer and League of Legends developer Riot Games — have encouraged agents, inviting some to player summit meetings. Riot even funds a players association, in which Doublelift — who mocked the association on Twitter ahead of its first meeting — serves as a vice president. Professional services for English-speaking pro League of Legends players is rapidly growing.

But the time for jokes is over. And League of Legends players need to begin taking responsibility when something goes wrong after they sign a deal.

Agents are involved in esports more than ever. On Wednesday, United Talent Agency, a significant Hollywood talent agency, acquired Press X. Others, such as Evolved Talent, actively look for clients in the League of Legends space. From firms like Morrison / Lee to Brooks Pierce to many other independent lawyers, these services are available. And the LCS Players Association should not be a joke — it should be a vehicle to make player conditions better.

The model already exists. Professional sports leagues, including the NBA and the NFL, have corresponding large and influential players’ associations. And on Friday, around 90 Counter-Strike: Global Offensive players announced they had formed the Counter-Strike Professional Players Association — and worked with lawyers, sports execs and existing esports veterans to do so.

Yes, for years, players were dealt a terrible hand. It was not long ago that European League of Legends Championship Series team MeetYourMakers threatened Marcin “SELFIE” Wolski with taking his mother’s house as a result of him violating a contract of which his parent was a co-signer; that teams like Team Coast employed management that stole their players’ food subsidy; or that Team Impulse was permanently banned by Riot for failing to pay a number of players for months on end.

But that time is over.

The highest paid player in the League Championship Series, Jung “Impact” Eon-yeong, makes more than $1.1 million per year — on a total of a $3.4 million, three-year deal, league sources told ESPN in November. That’s nearly $1 million more than league average, and it’s some $200,000 more than the highest paid in the league in 2017: former Echo Fox top laner Jang “Looper” Hyeong-seok, who made $750,000 in salary, according to team sources, and former Team Liquid jungler Kim “Reignover” Yeu-jin, who made $350,000 in salary, but had incentive bonuses worth more than $400,000, sources said.

In Riot’s newly franchised LCS, nine of the 10 teams are either partially or fully owned by current or previous owners in the NBA, MLB or NHL. League of Legends players are being paid big salaries more than ever and as the industry’s most popular esport, players in particular need to take their careers outside of the game more seriously.

So for those who replied to Meteos: start taking ownership of your own future, and if you want to see changes and more involvement with your ownership, use your collective voices to make that change. Because if you don’t, the industry will continue to work this way — and you will continue to be at the mercy of those who write your checks.