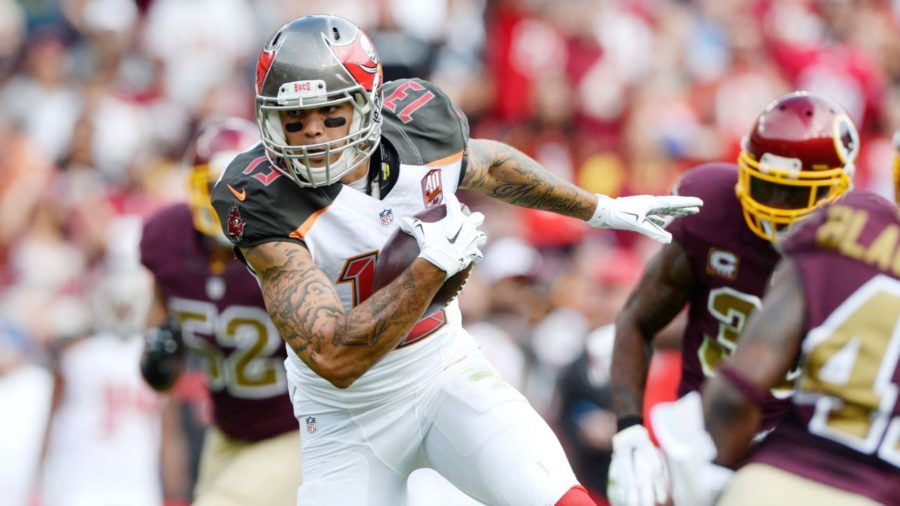 TAMPA, Fla. — There was trash talk, laughter and — most of all — it was the first time top Madden player Shay Kivlen had smiled in over a week.

The 21-year-old known as “Young Kiv” took on Tampa Bay Buccaneers wide receiver Mike Evans in a Madden video game Monday to raise funds for victims of the Jacksonville shooting on Aug. 26.

Mike Evans faced off against EA Sports Madden 18 Champion, @young_kiv, to raise money for the Jacksonville Fallen Gamers Fund. Their sole purpose is helping the families of those lost and injured during the Jacksonville Landing shooting.

Kivlen lost his best friend, Elijah “Trueboy” Clayton, 22, and another close friend in Taylor “Spotmeplzzz” Robertson, 27, when David Katz, 24, of Maryland, opened fire at the “Madden NFL 19” qualifying tournament, fatally shooting both of them and wounding 11 others before taking his own life, according to authorities.

“It’s nice to see that even though there’s this bad seed, there’s all these good people in this world,” said Kivlen, who was at the tournament 20 minutes before and who was told by EA staffers he may have been one of Katz’s targets. “I just don’t want anyone to feel the pain that I have.”

Money raised from the event, which was livestreamed on Tiltify, will help both families, whom Kivlen has been in touch with, cover the costs of funeral expenses.

“It’s such a horrible thing that anyone should have to go through,” Kivlen said. “I just feel so bad for [Clayton’s and Robertson’s] families [and] the families of the people that are hurting.”

For Evans, it was an opportunity he couldn’t pass up, even if he was admittedly rusty at the game.

“It means a lot [to help],” he said. “To be able to be in this position … having a platform like this, I will never take it for granted. I always try to help as much as I can.”

Evans’ father, Mickey, was shot and killed by Evans’ uncle when he was 9 years old. While that wasn’t the reason he wanted to help, it certainly made him more empathetic to the families’ and Kivlen’s suffering.

“Throughout my life, there has been a lot of violence, and I guess that does touch home for me a little bit,” Evans said. “But I just like helping people in general that I feel like need help.”

Kivlen’s Patriots beat Evans’ Titans 43-0, but the game wound up being so much more than a fundraiser. It served as a source of healing for Kivlen, who last week couldn’t even bring himself to unpack his Playstation 4, let alone play. For five years, he’d spend hours every day playing and chatting with Elijah, and he doesn’t know how he’s going to fill that void now.

“It’s just rough when I get into my own thoughts and stuff like that. It’s just gonna take time,” Kivlen said.

Monday was a much-needed break from that.

“I haven’t seen Shay this happy since I’ve known him,” said Cameron Kasky, a survivor of the Marjory Stoneman Douglas High School shooting who organized the fundraiser. He’ll also accompany him to Clayton’s funeral service Wednesday. “I’m tearing up. Mike [was] making him laugh and smile — that [was] the best part.”

Afterward, Evans invited him to attend a Buccaneers game. He tweeted to Kivlen, “It was an honor, bro. And thanks for the beating good wake up call for me gotta step my game up lol. God Bless.”