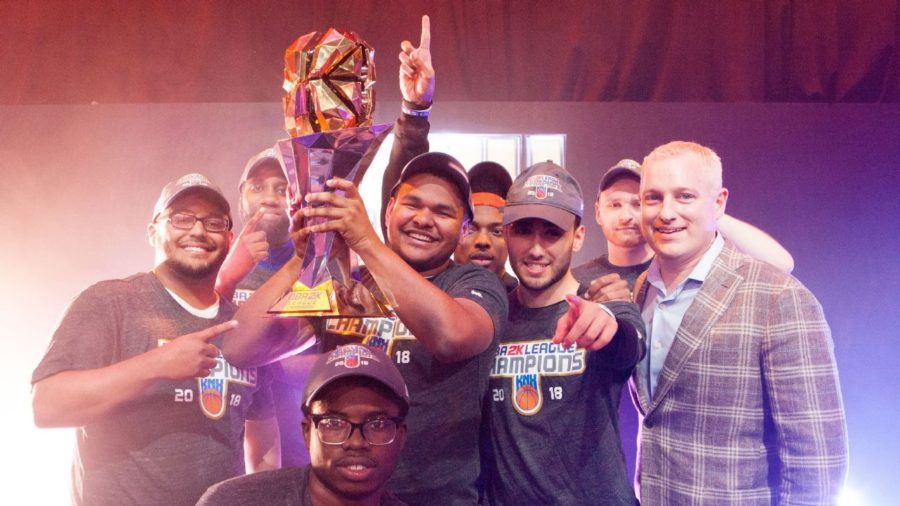 NEW YORK — The inaugural season of the NBA 2K League has come to a close.

After three months of competition in Long Island City, New York, the NBA and its esports business team will take a short offseason before reconvening on Sept. 28 for the expansion draft. Four new teams — affiliated with the Atlanta Hawks, Brooklyn Nets, Los Angeles Lakers and Minnesota Timberwolves — will join the league, bringing the number of participants up to 21 organizations.

In the short term, it’s clear what the future of the NBA is in esports. But where it goes in the long run is uncertain, at least for now.

Sports simulator games, like NBA 2K, Madden and FIFA, have always been a hard sell to the esports audience; compared to their less realistic counterparts — League of Legends, Counter-Strike: Global Offensive, Dota 2 and Overwatch — the sports simulators create significantly smaller audiences aside from their annual championship events.

From May to August, the NBA 2K League averaged anywhere from 10,000 to 15,000 concurrent viewers on Twitch at any given time, according to TwitchTracker. In its finals between Heat Check Gaming and Knicks Gaming on Saturday, those numbers fluctuated from 35,000 to 60,000. That’s more than three times the amount of a peak regular-season game but still a fraction of the more traditional esports titles: Saturday’s North American League Championship Series quarterfinal match, for example, drew 150,000 concurrents on Twitch.

The NBA is leading the way for traditional sports leagues in the esports industry and has become an ambassador for the esports industry to a more mainstream audience. But the aspirations of the league, like getting buy-in from all of the NBA franchises, will take some time.

Fourteen NBA teams or part of their ownership have some form of stake or partnership with traditional esports organizations outside the 2K League. It’s not new, and with some committing up to $20 million in franchise fees to leagues like the Overwatch League, it’s clear the front-office interest in esports is high.

But the 2K League is not yet a leading esports league. Despite widespread coverage of the competition, 2K League’s audience doesn’t compare to the likes of the Overwatch League and the League Championship Series, the two most exclusive and expensive leagues in the industry. It’s a high expectation for the NBA — which, including the summer season, has only run three esports tournaments over two years — but it’s also an unrealistic one.

The NBA, while ahead of its traditional sports league peers, is relatively new to the esports industry, and growing pains have and will continue to exist. Meanwhile, developers like Riot Games, Blizzard and Valve have hosted esports tournaments for at least a decade each. The 2K League does have an undeniably important part to play in the industry, but expectations that match those of endemic leagues will only lead to disappointment.

The NBA 2K League has a future and could become the massive esports entity it’s presented as outside of esports circles, but for now, it isn’t there yet.

On Sept. 28, the road to the 2019 season of the NBA 2K League begins. Although dates for the second season have not been announced, it seems that the 2K League will carry its momentum moving forward as it welcomes new expansion teams, experiments with new game formats and transitions to the latest game title, NBA 2K19, which will be released Sept. 11.