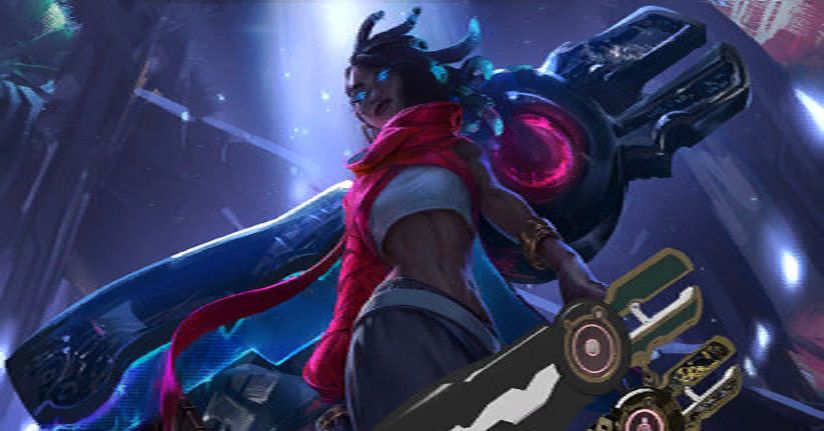 When the Public Beta Environment updated with the skins and other new changes, a new splash art for what seems to be an upcoming champion was uploaded.

The original splash art uploaded at a strange resolution in place of Elderwood Nocturne’s loading screen splash art, but with a bit of magic, we’ve made it a little more visible.

The splash art itself looks incomplete. The weapon in the foreground doesn’t look like it is finished being rendered, or the concept version was left in the image to help the artist accurately portray it.

We don’t know much about this champion, but this is likely the new marksman that is supposed to come after Pantheon. She looks like she might be from Piltover or Zaun, with glowing blue eyes and quite the tech.

We’ve reached out to Riot Games regarding who this is and when we can expect her, and will update this post when the company replies.