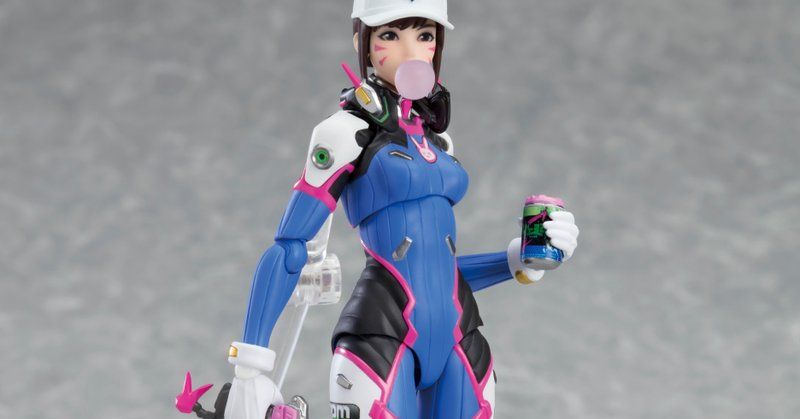 She comes with her gun and headset, as well as alternative parts to dress her like you see in her cinematic. You can hang her headset around her neck, throw a baseball cap on her and make her hair tied to the side. It also comes with bubblegum and a soda to help pose her.

Figmas are Good Smile Company’s line of poseable figures that usually come with many accessories that you can swap out to create cool scenes. The best part about figmas is that you can swap out the heads with other figmas to create cool Frankenstein-esque creations. Did you ever want to put Reaper in D.Va’s body suit? Or D.Va in Genji’s robot armor? If you have the figmas, you can do it.

D.Va is the fifth Overwatch figma to come out, with Tracer, Genji, Widowmaker and Reaper coming before her. She also has a Nendoroid figure, which is a cute chibi version of her that’s also poseable with accessories.

The figma will be available for pre-order on Aug. 29.