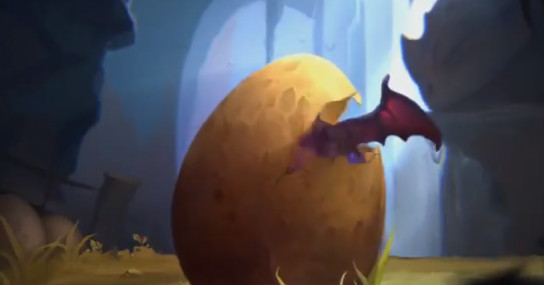 Sunday afternoon, the League of Legends social media channels posted a video of a dragon egg hatching, teasing what seems to be a new skin.

Judging by the voice, it seems like we’re getting a new Heimderdinger skin. We know Heimer is due for a skin and he is one of the champions Riot listed earlier this year to get one. That being said, we’re looking at a Heimerdinger skin where the dragons are likely going to be reskins for his turrets.

The price point for this skin is presumably at 1350 RP or higher. (We don’t usually see video teasers like this for cheaper skins.) It could also be in a set with more dragon-based skins, whether they’re trainers or slayers.

The other Dragon Trainer skins are for Lulu and Tristana, so it’s completely likely that the next one is going to another yordle.

We’ll probably be seeing this skin later in the week, as the patch 8.20 Public Beta Environment cycle should begin on Tuesday.