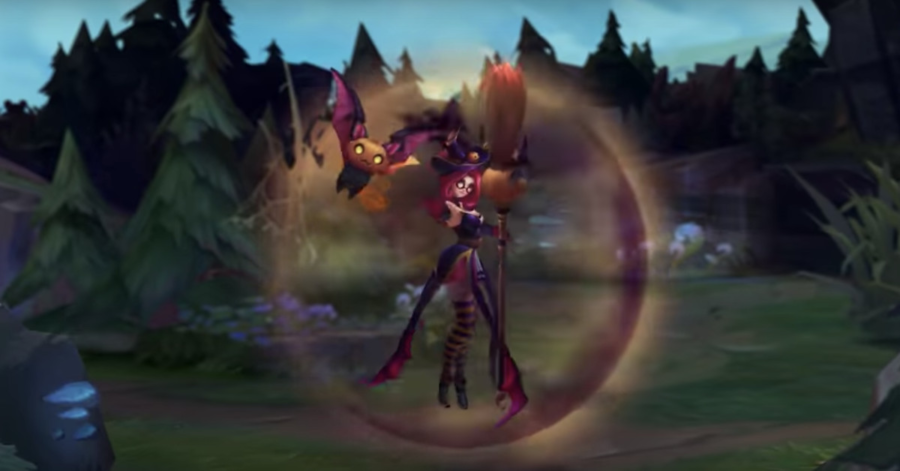 It’s nearly October, which means it’s the time of year where we get new Halloween-themed skins in League of Legends. Previously tied to an event called “The Harrowing,” Riot started calling the annual event “Tales from the Rift” last year.

This year’s skins include Ekko, Janna and Tristana, as seen in a video Riot released Tuesday teasing the upcoming Worlds Event.

Ekko’s skin is the hardest to see in the video, but you can see he has a pumpkin backpack, what looks like a baseball bat and skeleton bodypaint. He also throws out a Timewinder in the short clip, which — you guessed it — also looks like a pumpkin.

Ekko was originally released in May 2015 with his base skin and Sandstorm Ekko. This will be his fourth new skin since then, joining Academy Ekko, PROJECT: Ekko and SKT T1 Ekko. 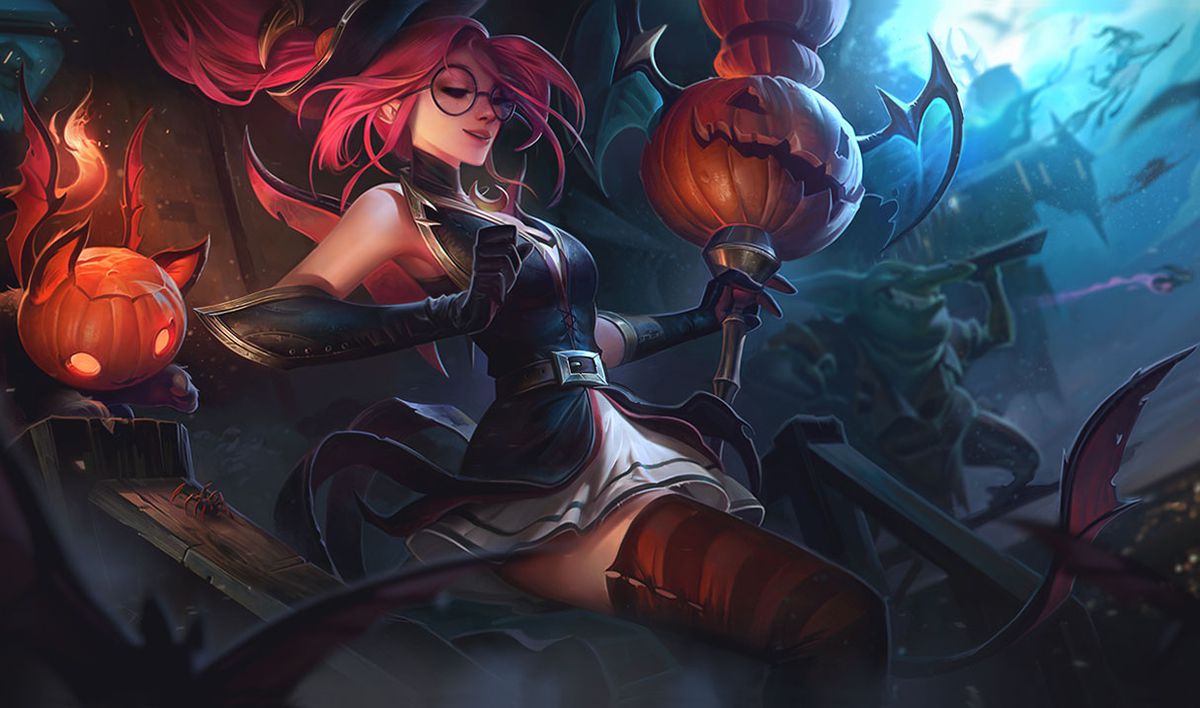 Janna has a pretty standard witch set-up in her Tales from the Rift skin, complete with broom and hat. Her air elemental in the skin is some sort of cat/bat/pumpkin hybrid, which manages to both be an abomination of nature and also very cute.

Janna’s one of the oldest champions in League, and this will be her ninth skin (not including her base skin). It’s her first since Sacred Sword Janna, which was released in September 2017. 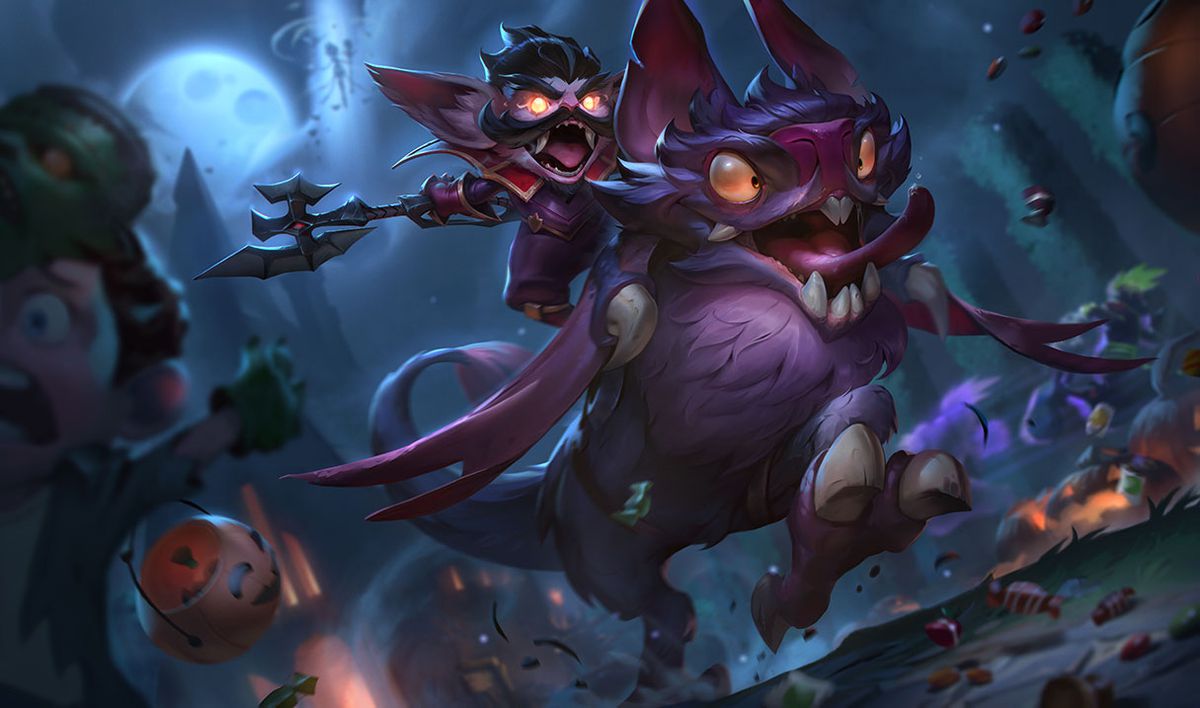 I don’t even know where to start with the Kled skin, but it’s extremely different from his normal look. For starters, there’s a lot of purple, and Kled appears to be wearing some sort of mask. Skaarl looks like a frilled lizard or a dragon of some kind, but it’s hard to tell until we get more information about the skins. (UPDATE: It looks like Kled is a vampire and Skaarl is a bat. Huh!)

This will be Kled’s first skin since his release in August 2016, when he was launched with the Sir Kled skin. 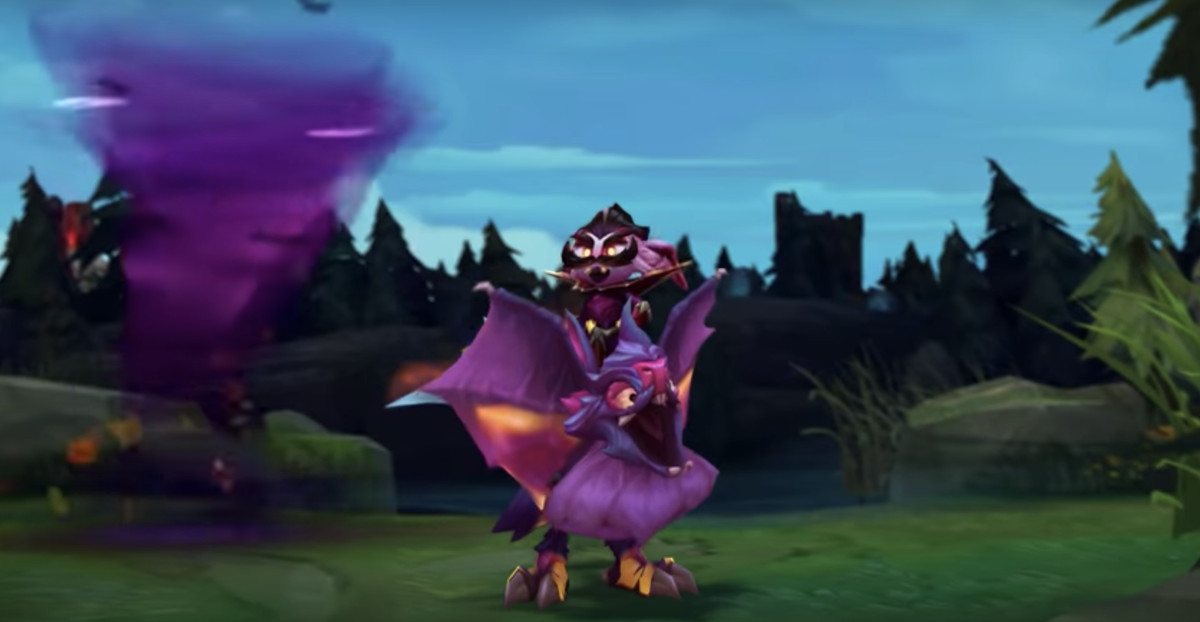