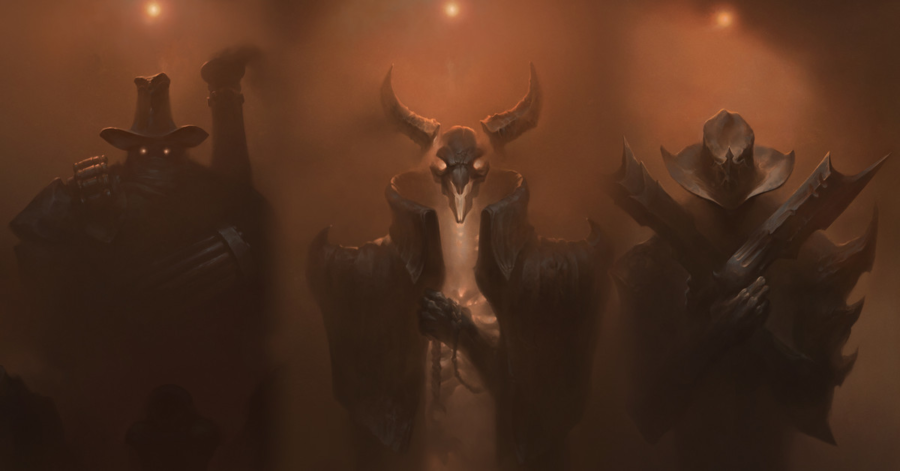 League of Legends players have gotten special e-mail teasers sent to them focusing on three champions. Though the champions haven’t been officially named, it looks like it’s Urgot, Thresh and Lucian all to get matching skins to be revealed on August 14.

Each e-mail included an image of the champion (see above), as well as a blurb of text and a link to the League of Legends Instagram account.

The blurbs are as following, a la Surrender@20:

Some hook you into a fool’s game,

where taking one soul would’ve been a kinder consequence.

When you’re damned either way…

Some are steel monstrosities,

relishing mass casualty in the name of industry.

We’ll see more information about this skin line soon enough, but it seems western-themed, though darker than the usual High Noon skin line.