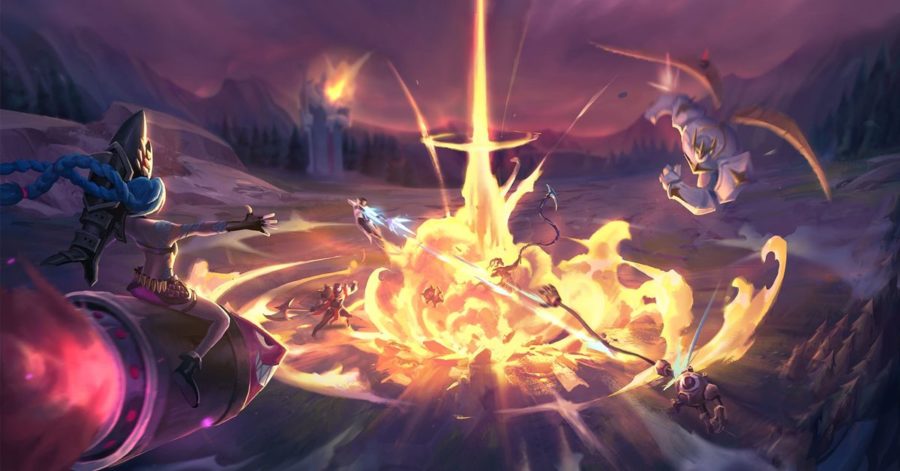 Nexus Blitz is coming back for a second test in patch 8.24

Nexus Blitz, League of Legends’ newest game mode, enjoyed a four-week test run on the live servers that ended just a few weeks ago. The purpose of the test was to see whether or not the game mode should be made immediately permanent, or if there were still some snags to be worked out. Turns out, there are still a few questions Riot wants answers to before they commit to keeping the mode around long-term.

According to the newest /dev post from Riot, it’s for this reason the company is bringing Nexus Blitz back around to live servers for another test run. This time around, the devs have taken all of the feedback from the first test and attempted to iron out some of the mode’s wrinkles. First and foremost, Nexus Blitz has gotten a bit of a visual overhaul. Both the high traffic areas of the map like bases, and the edges of the map have gotten smoothed out and updated as well as all of the events and particles effects unique to the mode. This was done in order to help make things more clear and readable at a glance.

The post also mentions a few things that Riot is still undecided on, like adding bans to Nexus Blitz. After all, it’s a fast and fun mode: bans could get in the way of that for some people, or help encourage fun times for others. Another possible addition in the future of Nexus Blitz is a kind of progression mode. In the near future that likely doesn’t mean a ranked mode (sorry everyone), but at least something that rewards you for playing, with an eye toward ranked — or something like it — in the future.

The post is very upfront about the successes and struggles of Nexus Blitz and its first test. The fate of the mode and its future, whether or not it will be permanently added, are still very much up in the air. But, Riot is committed to sorting the mode out, and making sure they give the mode its fair share of attention to help handle criticism to see if it can stand up with the rest of League’s game modes in its best possible form.

There’s no telling if this next test will be the last one, or just another in the series but either way, Nexus Blitz will return to live servers in patch 8.24.