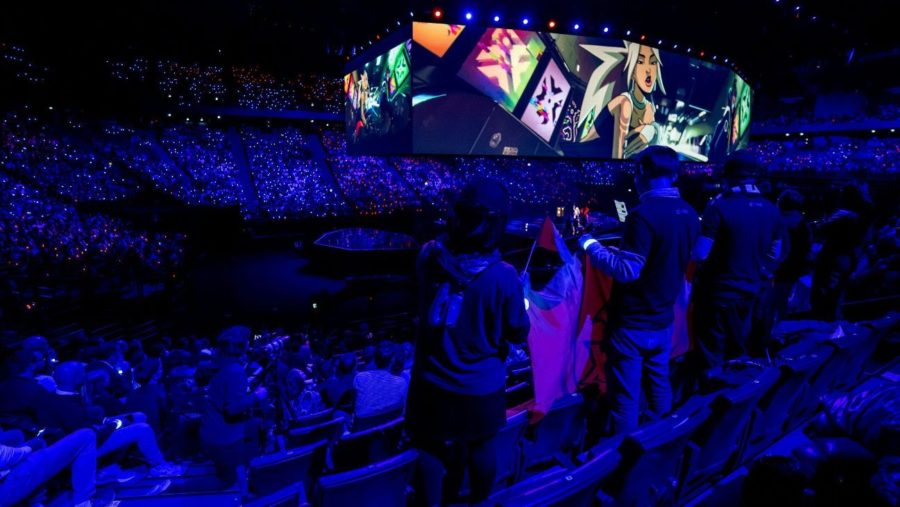 Ahead of the 2020 League of Legends season, teams in North America’s League Championship Series and the League European Championship underwent significant changes.

Many rash changes were made in North America after a disappointing League of Legends World Championship performance in October that saw all three LCS qualifiers eliminated in the group stage of the tournament. Cloud9 sent four players to Evil Geniuses, one of the three new teams who joined the league via a slot acquisition in 2019; Team Liquid parted ways with multi-time domestic champion jungler Jake “Xmithie” Puchero; and Team SoloMid, after not qualifying for worlds for two years in a row, went back to the drawing board.

All in all, North America invested heavily in imported talent and veteran players in the scene.

By contrast, several European teams — Misfits, Team Vitality and MAD Lions (formerly Splyce) among them — sought players who competed in regional leagues. With G2 Esports having a stellar year capped by a runner-up finish at worlds, many European teams felt it was better to wait G2 out, hoping that the young players they’re investing in turn into future superstars.

And so, a narrative developed: a disappointed region looking to recover by overspending on veterans vs. another that, after its most successful year in modern history, continues to invest in the young talent that has brought Europe within a series win of a title in two straight years.

Here’s a look at how free agency in both regions played out and how those choices will likely pan out after the LCS and LEC seasons begins on Jan. 24.

Both the LCS and LEC will welcome a fair number of new faces to the league in the 2020 season, but the difference lies in the details.

Of these players, only three in North America did not compete in a major region before 2020: 100 Thieves mid laner Tommy “ry0ma” Le, Dignitas AD carry Johnson “Johnsun” Nguyen and Golden Guardians jungler Can “Closer” Çelik. The other seven players are either imports from other regions, each with some previous professional experience, or players returning to the league who once competed in it before.

In Europe, 11 of the 14 new players to the LEC did not compete in a major region before 2020. Many of them are on Misfits, MAD Lions or Vitality, but some are not, like new Origen support Mitchell “Destiny” Shaw of Australia or SK Gaming support Dino “LIMIT” Tot.

Rookies in each league

Note: International players, such as ry0ma and Destiny, while normally counted as rookies by Riot Games, do not count due to qualifying and competing at international events such as the Mid-Season Invitational and the League of Legends World Championship.

There are 50 players in each of these leagues. In the LCS, only one of those 50 is a rookie: Johnsun, who will debut with Dignitas on Jan. 24. This offseason, North America opted for veterans and imports over young talent or in other cases, teams shuffled players among themselves. Evil Geniuses acquired three members of their starting lineup from Cloud9 in a four-player deal, and Immortals brought back previous professional competitor Johnny “Altec” Ru and imported Jérémy “Eika” Valdenaire and Paul “sOAZ” Boyer from Europe. The region’s third new franchise, Dignitas, sought veterans too, like Henrik “Froggen” Hansen and Zaqueri “Aphromoo” Black.

The LEC’s approach looks very different, but Misfits, MAD Lions and Vitality skewed this number by bringing in rookies, in part as a result of waiting out G2. That said, even in past years, teams with rookie talent such as Rogue have performed above expectations in the LEC.

With a wide breadth of players to pull from in the regional leagues, Europe’s talent pool consists of more young players than most.

Players who did not compete in each league pre-franchising

Although these numbers are comparable, they fall in Europe’s favor when it comes to young talent.

In North America, 22% (11 of 50 players) did not compete in a major region before coming into the LCS. Several of those players are imports from Australia and Turkey, both competitive minor regions in the League of Legends global ecosystem.

Europe has instead, again, focused on young domestic talent. Some players from Fnatic, Schalke 04, Origen, Rogue, Excel, Misfits, SK Gaming, MAD Lions and Vitality did not compete in the European League Championship Series, the name for the league before franchising. A whopping 46% of the league (23 of 50 players) did not compete in a major region before their time in the LEC. Some of those players have had success in their young careers already, like Fnatic mid laner Tim “Nemesis” Lipovšek, who attended the world championship in his rookie season in 2019.

Imports in the LCS and the LEC

But that has changed in the past two years as franchising has allowed teams to take more risks and as Europe’s performance has risen year after year in international competition. More than a quarter of the LCS players are now European, and North America’s 13 imports dwarfs the total of the entirety of the LEC.

The biggest trend change in the 2019 offseason was players being recruited from minor regions, most notably Australia, but also Turkey. Talent like ry0ma, Destiny and Closer moved to 100 Thieves, Origen and Golden Guardians respectively, and players such as Golden Guardians AD carry Ian Victor “FBI” Huang and Team SoloMid top laner Sergen “Broken Blade” Çelik retained their jobs throughout a tumultuous offseason for North America.

Players who have competed in either LCS since Spring Split 2013

Riot Games debuted the North American and European league championship series in February 2013, and some of those players have had staying power in North America. Many European veterans, meanwhile, have gone on to take front-office or coaching roles with teams or moved on from the game altogether.

The seven competing in North America who also competed in either LCS in spring 2013 include Xmithie, Froggen, Aphromoo, sOAZ, Søren “Bjergsen” Bjerg, Jason “WildTurtle” Tran and Yiliang “Doublelift” Peng. Some of these players have continued to find success despite up-and-down careers, including 2019 unified LCS champions Doublelift and Xmithie. Others, such as Aphromoo and WildTurtle, have remained in the league on mediocre or at times bad teams.