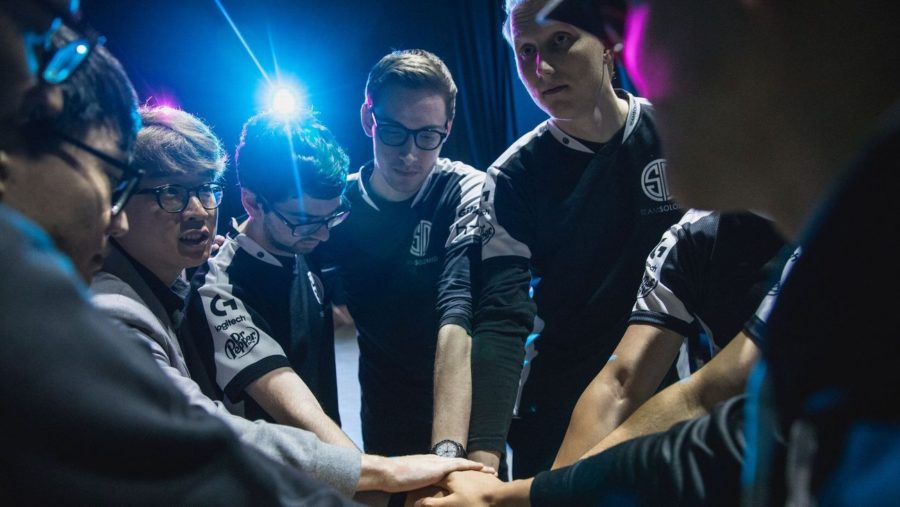 Team SoloMid picked up its fourth victory in the 2018 North American League of Legends Championship Series Summer Split on Sunday afternoon in Los Angeles by smashing the Golden Guardians in decisive fashion.

Both teams came into the match with dramatically different game plans, which only highlighted just how diverse the metagame has become in the wake of recent patches. Team SoloMid (4-2) put all of its faith behind Jasper “Zven” Svenningsen’s marksmen play by handing him the Kai’Sa in the bottom lane and picking a slew of beefy champions to hold the line across the map. The Golden Guardians (2-4), on the other hand, opted into a very aggressive early composition that was built around Matt “Matt” Elento’s Shen, who had the tools to swing all of the lane’s matchups in Golden Guardian’s favor — a mission he was less than successful in.

Ultimately, the game was decided by a mix of stellar individual performances — a solo kill by Soren “Bjergsen” Bjerg onto Son “Mickey” Young-min in the mid lane early in the game was the prime example — and some overeager aggression on the part of Golden Guardians, most notably a horrific play around the dragon pit that all but handed Zven a triple kill.

The Golden Guardians found a gold lead early in the game thanks to some smart plays around the top side of the map, but individual errors ensured that the gold never gave it a decisive advantage, which let TSM get back into the game. It got to the point where any member of the Golden Guardians who walked near Zven would suffer a gruesome death, while Matthew “Deftly” Chen’s Brand could barely even manage to clear Baron-empowered minions by the time the game ended in favor of TSM.

Team SoloMid’s next match will be against 100 Thieves at 6 p.m. ET on Saturday. The Golden Guardians go on to face Clutch Gaming directly after at 7 p.m. ET.

FlyQuest took its third victory of thesplit when it scraped out a win against Counter Logic Gaming on Sunday.

The match highlighted an innovative strategy from the side of CLG (3-3), who gave over a number of priority picks to FlyQuest (3-3) in order to secure a composition built almost entirely around Choi “Huhi” Jae-hyun’s Yasuo. FlyQuest, for its part, secured the coveted Zoe pick for Jang “Keane” Lae-Young, which he used to masterful effect over the course of the game.

Neither player would end up being the superstar carry of this game, however, as FlyQuest’s victory would be sourced to a rather unexpected player: jungler Lucas “Santorin” Larsen. Santorin proved that his reputation for passive play was ill-deserved as he and his Kha’Zix were there to counter nearly every play that CLG tried to make in the early game. Whether it be CLG’s bungled top lane tower dive or Huhi’s aggressive over-extensions in the mid lane, Santorin was there to push the odds in FlyQuest’s favor, and he was richly rewarded with an eye-popping 10/3/6 KDA and an MVP once the match concluded.

FlyQuest’s next match will be against Cloud9 at 9 p.m. ET on Saturday. Counter Logic Gaming goes on to face Echo Fox earlier that day at 5 p.m. ET.

Clutch Gaming proved true to its name once again when it thrashed Team Liquid and found its third victory of the split.

For those looking for a somewhat unorthodox game, they need look no further than this, as both teams crafted very unusual compositions that leveraged unusual champions. Team Liquid (4-2) decided to go for the solo queue answer to Clutch top laner Colin “Solo” Earnest’s Dr. Mundo when it handed over Kled to top laner Jung “Impact” Eon-yeoung, a pick that is usually devastating when it gets the correct matchup.

Smart jungle pressure in the top lane combined with an even more unorthodox Zyra pick from Clutch support Nikolas “Hakuho” Surgent ensured that Impact’s influence over the game was minimal as, more often than not, Kled’s “Chaaaaaaaarge!!!” ultimate would only result in a quick trip to the respawn pool for those brash enough to join in.

It wasn’t just team compositions that found Clutch (3-3) its victory, however, as some truly outstanding play from the entire squad was equally important.

Of special note was the performance of AD carry Apollo “Apollo” Price’s Lucian, which rode its early power spikes into some decisive skirmishes and teamfights. Apollo’s positioning was spot-on all game long, as he bobbed and weaved his way around the game’s frequent skirmishes almost entirely uncontested. His dominance over Liquid AD carry Yiliang “Doublelift” Peng truly enabled Clutch’s victory, and his MVP honors reflected that.

Clutch Gaming’s next match is against the Golden Guardians at 7 p.m. ET on Saturday. Team Liquid will take on Optic Gaming at 8:00 p.m. ET on the same day.

Echo Fox fought its way out of death’s door Sunday evening when it won a comeback victory against Cloud9.

For fans of Cloud9 (1-5), it was a story that seems only too familiar, as the squad started out the game with an absolutely enormous gold lead, one that seemed practically insurmountable. An exceptionally poor performance from Echo Fox top laner Heo “Huni” Seung-Hoon opened the door for top laner Eric “Licorice” Ritchie’s Irelia to snowball the game strongly in favor of Cloud9, and for most of the game it looked all but certain that Cloud9’s lead was such that the game would end in its favor.

Echo Fox AD carry Johnny “Altec” Ru decided that he didn’t like that ending, however, and stepped up to ensure that another was written. His Lucian had been the recipient of the funnel strategy from Echo Fox (4-2) from the start, but the plan failed to pay dividends for most of the game, as Cloud9 mid laner Nicolaj “Jensen” Jensen was able to match him in both farm and lane pressure.

One crucial misstep from Cloud9 changed all of that, however, as an overaggressive push by the squad with a newly acquired Baron buff turned to catastrophe.

A bungled engage gave Altec all the room he needed to pick off each C9 member one after another and earn himself a pentakill to completely reverse the game’s momentum. While Cloud9 did nearly manage to recover after picking Altec off a few minutes later, a heroic base defense by Echo Fox mid laner Kim “Fenix” Jae-hun saw him almost fully rout Cloud9 singlehandedly.

After that, it wasn’t long before Echo Fox pushed out to take the game after a teamfight win in the Baron pit with its untouchable Lucian a few minutes later.

Echo Fox’s next match will be against Counter Logic Gaming at 5 p.m. ET on Saturday, July 14th. Cloud9 will instead face off against FlyQuest later that day at 9 p.m. ET.

100 Thieves found its fourth victory of the summer when it defeated OpTic Gaming in one of the more unusual games we’ve seen thus far this split.

The match was one of the first times that two teams attempted to run the same sort of alternate strategy into each other. In this case, both teams opted to simultaneously run funnel strategies, though their choice of bottom laners was different in each case. OpTic (2-4) opted into a double-marksmen composition that had Tristan “PowerOfEvil” Schrage on Xayah alongside No “Arrow” Dong-hyeon on Varus, while the 100 Thieves (4-2) ran the meta’s more standard mage in the bottom lane in the form of Yoo “Ryu” Sang-ook’s Swain.

While the differences look small from the outside, they made all the difference over the course of the game. OpTic Gaming found it extremely difficult to be proactive with its small early leads; between 100 Thieves top laner Kim “Ssumday” Chan-ho’s Gangplank and the team’s bottom lane, there was a surfeit of disengage and teamfight control, while OpTic only had Rakan to proactively get fights started. As a result, Arrow and Terry “BIG” Chuong were easy targets for 100 Thieves, and the two had a combined 0/6/0 KDA — in a game that had only 7 kills total.

While there were few major notable performances — 100 Thieves practically just pushed to win slowly while Optic bled out due to inferior map movements — all of 100 Thieves’ starters had a strong showing on the day and proved they knew how to not only wield the tools that shut down funnel compositions but can do so while running a funnel of their own.

100 Thieves’ next match is against Team SoloMid at 6 p.m. ET on Saturday. OpTic Gaming will go on to face off against Team Liquid later in the day at 8 p.m. ET.