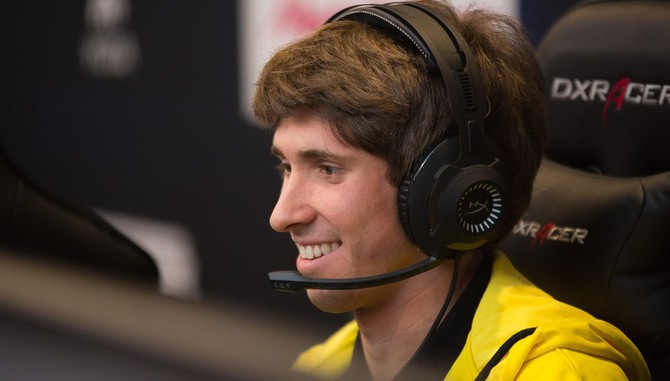 A surprising Danish side took the competition by storm at DreamHack Masters Stockholm 2018 as the Dota 2 roster shuffle continues. Here’s the Weekend Recap!

Many people expected a Danish team to win DreamHack Masters Stockholm, but that was Astralis – not North. The latter surprised many as they stormed through the group stage and the playoffs with incredible individual performances from their entire roster.

Throughout the tournament, North beat mousesports and Natus Vincere G2A, as well as Astralis in two series. The Danish side took home $100,000 and a truck load of confidence ahead of the FACEIT Major — London 2018.

Natus Vincere announces departure of Dendi among other roster changes

After rebuilding the roster a few months ago, Natus Vincere is going through more changes with its Dota 2 roster. Na’Vi mainstay Danil “Dendi” Ishutin has exited the team for the first time in eight years but he’s not the only chance: Ilya “Lil” Ilyuk, Victor “GeneRaL” Nigrini and Alexander “XBOCT” Dashkevich have always departed.

Fnatic is also getting in on the Dota 2 roster shuffle, releasing a trio of talented players. The departing members are Jacky “EternaLEnVy” Mao, Saahil “UNiVeRsE” Arora, and Johan “pieliedie” Åström. Coach Kurtis “Aui_2000” Ling is also no longer a member of Fnatic. There’s no word on which players are replacing them, but the team will be rebuilt around Abed Aze “Abed” Yusop and Djardel “DJ” Jicko Mampusti.

There’s been an ongoing narrative between esports and the Olympics for quite some time now, but a stumbling block has appeared: violence. Games such as CS:GO and Call of Duty revolve around killing opponents, and IOC’s President Thomas Bach thinks this contradicts the Olympics’ values.