The London Spitfire is an American-owned team with a Korean roster who play exclusively out of Blizzard’s Burbank arena in California… but not one of the thousands of fans who packed into the Gilded Gala seemed to care. The event, hosted by the London Spitfire in an effort to connect with local fans, marked a homecoming for the League champions.

They didn’t care when technical difficulties delayed the start of the event, satisfied with YouTubers, casters, and streamers who took to the stage to riff on their hopes for BlizzCon, the state of Overwatch lore, and the World Cup — in short, to fill time. The crowd entertained themselves by making signs: “Buff Brig!” “Give Zen a Pinyatta skin!” “Welcome to Platform 9 3/4, Spitfire!!”

They were excited. This was the first time the Spitfire had visited the city that they were named for, and met the fans who were invested in them for it.

The league’s city-based format has faced criticism for being arbitrary, and though Blizzard claims it wants to have teams playing from their home locations by 2020, no one really knows how this will work. And yet, as arbitrary as it may be, there’s no doubt that fans have latched on to their “local” teams.

This first leg of the Gilded Gala (the second half will take place in Houston, “home” of the Outlaws) sold out in six hours. By my count, about 90 percent of the crowd were wearing Spitfire shirts even before they’d been able to get inside and look at the merchandise stand. When the games finally got going, the cheers for Spitfire victories massively overshadowed the celebrations for the Outlaws.

The event also proved that perceived locality is not the only reason fans have latched onto their favorite teams. Halfway around the world, there were still those who preferred #UpTheAnte over #AcesHigh.

The Spitfire, too, court an international fanbase. The Gala was streamed on Twitch, where many of the chat messages were sent in Korean, the first language of the players themselves. It shouldn’t come as much of a surprise. Players like Kim “birdring” Ji-hyeok and Park “Profit” Jun-young made their names in the Korean Overwatch scene before the League’s inaugural season, and many of those fans followed them to the Spitfire despite its “British” flavor. Back in the crowd, signs reading “Profit marry me!” and “saranghae (I love you) Profit” both made appearances. The players’ nationality was obviously no barrier to attendees’ devotion.

It’s clear that, whatever reason fans had for getting interested in the Spitfire in the first place, it’s the players that keep them invested. The Gala did not host a traditional showmatch — it could not, in fact, because only three Outlaws players were present — but it didn’t need to, because fans were excited to see their favorite professionals in person regardless. Battling it out in 1v1s, making Junkenstein’s Revenge look easy, and inviting a few audience members to play with them made for an interactive and lighthearted event, contrasting with the often stressful and tense main season matches. (The absence of notable Outlaws’ faces, like Jacob “Jake” Lyon or Austin “Muma” Wilmot also likely contributed to their muted reception.)

When reached for comment, Ryan Musselman, the president of Outlaws’ parent company Infinite Esports, noted that it’s the “exceptional engagement” of fans that makes events like the Gala possible. “The event will serve as a time to connect with the community directly,” he added, something that isn’t easy for most teams when playing from Burbank.

The Outlaws and the Spitfire are not the only teams to recognize the possibility of courting fan investment — and specifically local fans — during the Overwatch League’s off-season. On the same day as the Gilded Gala, the San Francisco Shock and the Los Angeles Valiant faced off in the California Cup. 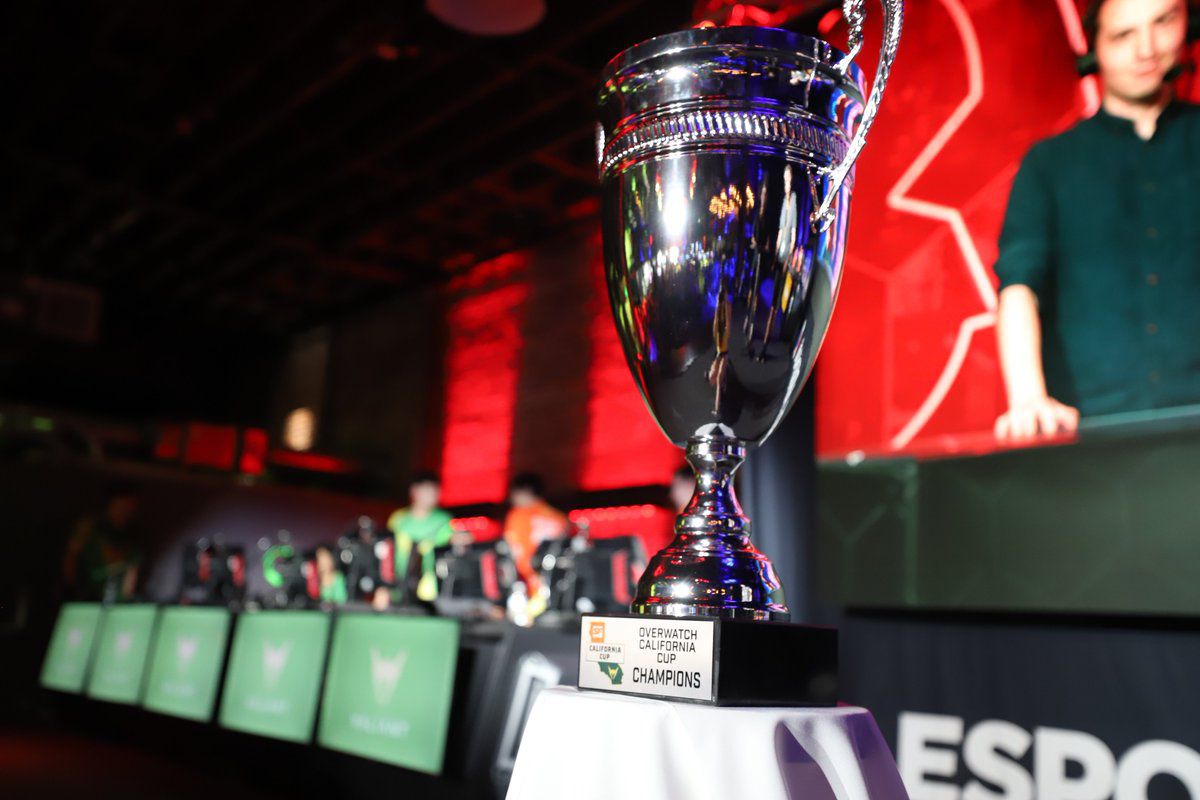 Tal Shachar, the chief digital officer of the Valiant’s parent company Immortals, told me by email that it was “exhilarating to see the vision of geographically linked esports teams come to life.” And the Cup also highlighted another benefit of the league’s city-based teams; they can draw on pre-existing rivalries, which Shachar says can bring “passion and energy” to the fandom.

Both Shachar and Musselman see rivalries between teams developing organically as the League continues, but there’s no doubt that having a physical basis, no matter how tenuous, can help. “The Battle for L.A. is already well established within the Overwatch League,” Shachar notes, so the California Cup was a wider attempt to “fight for ownership of the state where Overwatch was born and where it currently lives on gameday.”

For the Spitfire (who did not respond to my request for comment), it doesn’t feel like the Gilded Gala has sparked a story that will lead to an ongoing rivalry against the Outlaws. Once Paris enters the roster in season two, the narrative will likely focus on the long and fraught history (and physical proximity) of Britain and France. The California teams might have more luck, though it seems like the Battle for L.A. will remain the dominant clash. And Musselman points out that the Outlaws have their own potential local rivalry: “Perhaps we should be speaking with [Dallas] Fuel about a battle for Texas!”

But even as these rivalries are slow to develop, it is clear that the Overwatch League’s experiment in branding teams based on locations has been quickly successful. There are many reasons why a fan might pick an Overwatch team, but having the name of your city attached is evidently a pretty good one, according to all the fans who showed up decked out in London’s bright blue. And local fans bring their own history to the teams they support, springboarding their investment as they become attached to specific players and their stories no matter where they’re from or where they play.

And when those teams finally are able to visit, and throw events like the Gilded Gala, the rarity of the occasion makes it that much more exciting.