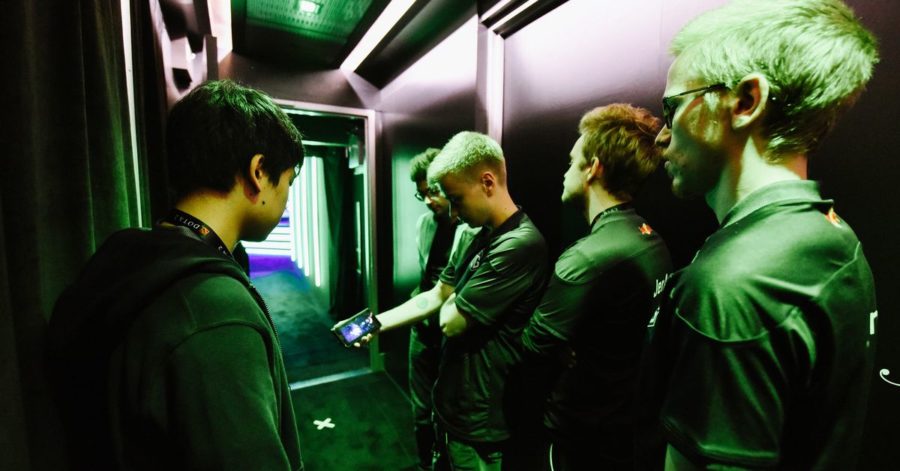 OG Dota has won The International 8, the biggest Dota 2 tournament in the world, after a long, grueling two weeks, an intense first-ever Dota Pro Circuit season and an exciting Grand Finals that saw all five games played out.

The European squad will take home over $11.2 million as their part of the $25.4 million crowd-funded purse, with PSG.LGD, hailing from China still earning an impressive $4 million at second. All eighteen teams will take a slice of the prize pool, the largest ever in competitive video gaming.

OG will be the first-ever team to win The International through an Open Qualifier bracket. They also broke the community superstition of the “West-East” curse, in which Chinese teams win in even years and others in odd years.

The winning squad consists of a mix of renown veterans and newcomers. Many older Dota 2 fans will recognize Johan “N0tail” Sundstein, Jesse “JerAx” Vainikka and former stand-in Sébastien “7mad” Debs, or “Cebs” in these games. OG brought back young legend Anathan “Ana” Pham after he took a hiatus following last year’s The International.

But many have their eyes on Topias “Topson” Taavitsainen, who had literally his first ever major LAN event at The International and WON.

It was a hard-fought battle for both teams, as the Grand Finals was the culmination of an event full of long games, unique drafts and intense teamfights.

Game one saw OG win with a unique Treant Protector pick to protect from push. PSG.LGD then chose an incredible and humorous Kunkka pick to frequently prevent Relocates from OG’s Io, which earned them plenty of necessary kills for the second win. PSG.LGD’s draft saw an equally persuasive pick in Alchemist and Brewmaster. An Axe by OG shook things up in game four, and they ran it back.

One final, persuasive game five brought out an interesting Zeus pick for Topias “Topson” Taavitsainen — and a sweeping mid-game comeback featuring a seemingly-unkillable Anathan “Ana” Pham on the Ember Spirit.

OG Dota had less than a spectacular year leading up to this event. After a rocky Dota Pro Circuit season, the team replaced three of its five members; they lost renowned captain Tal “Fly” Aizik and former TI winner Gustav “s4” Magnusson to American organization Evil Geniuses, as well as Roman “Resolut1on” Fominok for VGJ.Storm.

The current roster entered TI8’s open qualifiers, then won in the main qualifiers as well for their TI8 spot. After the group stage, they seeded into the upper bracket, where they cinched out what fans considered a grudge match against Evil Geniuses in the upper bracket semifinals.

The Grand Finals win was certainly an upset considering OG’s opponents. PSG.LGD was a favorite going into the The International 8 via the Dota Pro Circuit, if not for superstition, then for their consistent strength in tournaments leading up to TI8. The team became representatives of European soccer team Paris Saint-Germain in April, and they closed out the season with a third-place finish, earning a direct invite to TI8. Here, they managed to slip into the upper bracket, only to be knocked down by none other than their Grand Finals opponent OG Dota.

The teams fought through two phases of this event: a round-robin group stage, where they took on eight other teams in best-of-two matches. From there, they were seeded into a double-elimination bracket.

Of course, this doesn’t mean Dota 2 is over. The next Dota Pro Circuit will begin in September with the newly-revamped Pro Circuit.