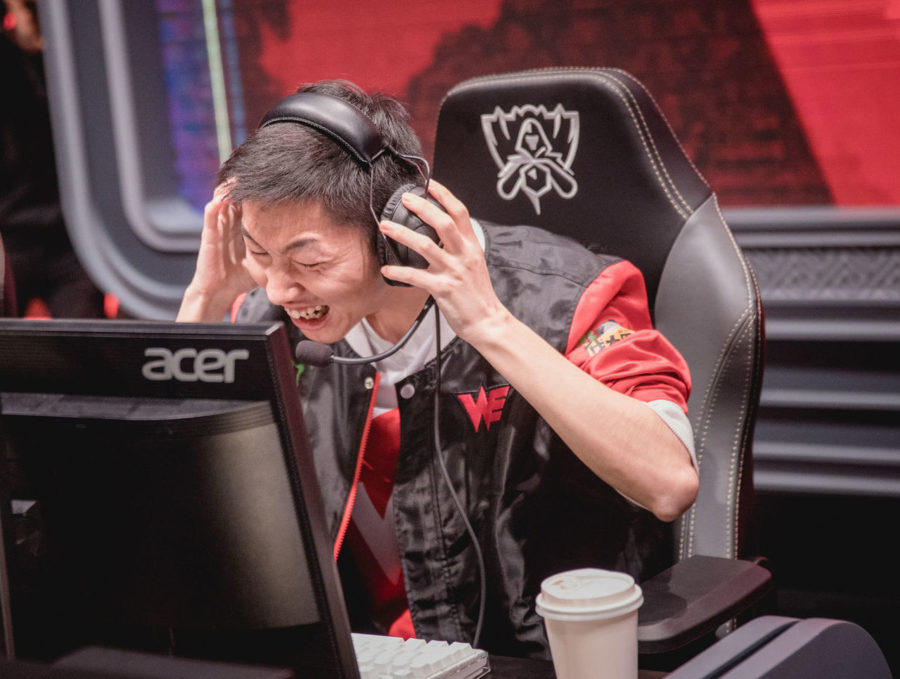 Three weeks after veteran Dota 2 player Sébastien “7ckngMad” Debs—better known as Ceb—made controversial and arguably racist comments during a May 23 match, OG, the organization he plays for, has responded.

Our decision about Ceb.

“We want to make it very clear: we firmly condemn all the offensive words that Ceb used during that game and we took actions accordingly,” wrote OG in a Facebook post.

OG went on to state that “Seb will give up all the gains he might earn at the Epicenter Major to a charity of his choice that will be made public. In addition to that, we fined him the equivalent of his monthly salary. He also guarantees that such situation shall never occur again on pain of a stronger punishment.”

The controversy began on May 23 after s Reddit user posted a lengthy story detailing a matched he played with Ceb, wherein the professional Dota 2 player allegedly directed racist and xenophobic language towards Russian players in general.

After the Reddit post blew up and media began reporting on the situation, Ceb posted a quasi-apology in the Dota 2 subreddit.

“The reason I why I wrote Russians with an s, is not because I was generalizing, but because himself and nyx were making fun of the situation and intentionally ruining the game. With both of them being Russian, I just named it.”

LGD Gaming’s star jungler Xiang “Condi” Ren-Jie, has been handed an 18-month ban after admitting to LPL officials that he bet on one of his own games, and that LGD management tried to coerce players into fixing matches.

According to a report from VPEsports, Condi’s troubles began after allegedly betting on LGD Gaming to win the NEST 2019 tournament. Now according to Condi’s statement on the matter, after learning of his actions, LGD’s manager, Song “Hesitate” Zi-Yang allegedly approached Condi and pressured him to throw future matches, with Hesitate allegedly threatening to report him to the LPL if he didn’t.

“What I did was wrong and I am truly aware of it. After that, someone tried to blackmail me with what I did, demanding me to play fixed matches. I firmly rejected them and reported it to the club. Now I am waiting for the final decision and I’m ready to take full responsibility for my mistakes. Therefore, I will not be in the starting line-up for today’s match and I hope everything goes well for my teammates,” Condi wrote in a statement.

Subsequently, the LPL has given Condi his competitive ban while simultaneously handing Hesitate a lifetime ban. Additionally, LGD Gaming has cut ties with Condi and Hesitate alongside Tang “1ntruder” Sheng and Fu “Fdy” Ding-Yuan—Two players from LGD’s academy team—who’ve also been accused, have also been fired.

According to a report from Dexerto’s Jarek “DeKay” Lewis, Ninjas in Pyjamas are considering a massive roster change prior to the StarLadder Berlin roster lock-in.

While it’s unclear who on NiP’s active lineup would be replaced, it’s believed that Dennis “dennis” Edman is at the core of that conversation. Rumors are swirling that NiP is looking to add Team Ancient’s Nicolas “Plopski” Gonzalez Zamora.