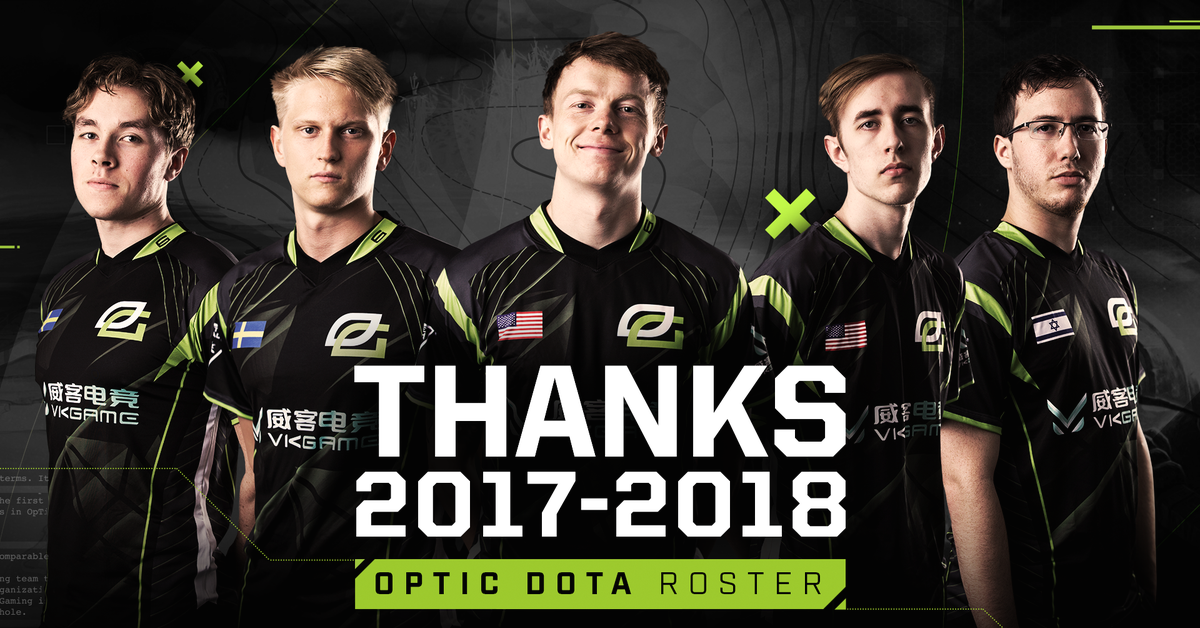 OpTic and the current Dota 2 roster have parted ways, each party announced Wednesday.

The gaming org shared first on Twitter that its current players will “compete under different banners” this year.

We would like to thank our 2017-18 dota roster for helping us enter the scene and for making an incredible run at TI.
We wish them all the best as they continue to compete under different banners in the upcoming DPC Season. pic.twitter.com/6G12Hi1H05

There’s no official word on whether OpTic will pick up another Dota 2 team for the upcoming Pro Circuit season. While some rumors place some of these players on other teams, most players haven’t officially announced a final home.

Meanwhile, the org’s now-former team captain Peter “PPD” Dager has already moved onto his next prospects in the scene. On his Twitter account, he shared the news that he has already put together a new team of players.

The squad is as follows:

This lineup doesn’t have any organization nor brands representing it thus far, but in the tweet, Dager says the squad is actively looking for representation opportunities.

Dager is employing a strategy similar to last year’s with his squad The Dire, which went several events without a sponsor before being picked up by OpTic Gaming.

This lineup means that Martin “Saksa” Sazdov and Marcus “Ace” Hoelgaard may have departed from Team Secret, the Dota Pro Circuit top eight organization — a development we’ll be keeping an eye on at The Flying Courier.