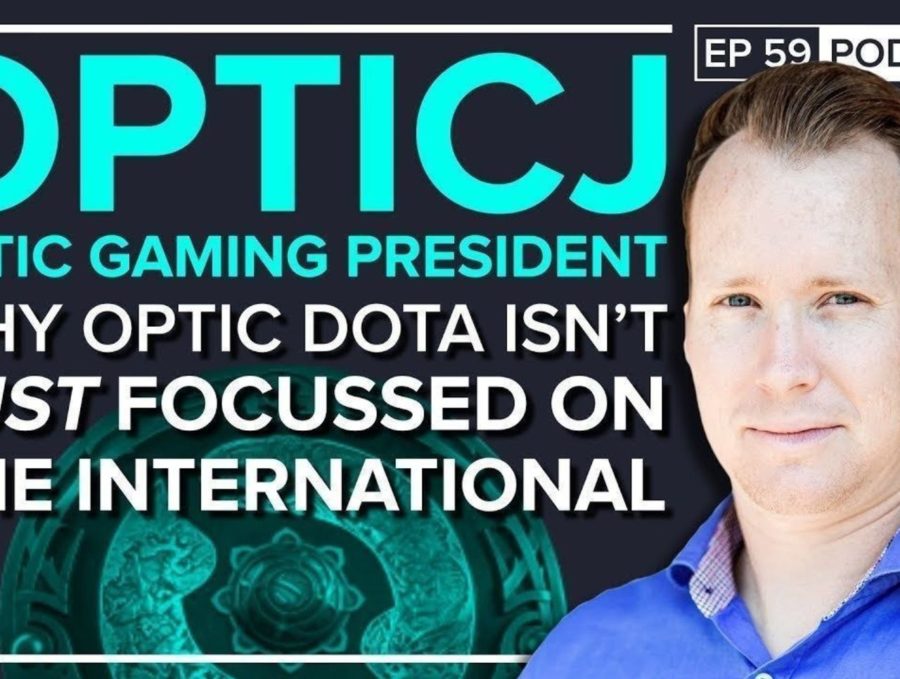 OpTic Gaming President Ryan Musselman on the Green Wall’s entry into Dota: “We didn’t look at it and say, ‘it isn’t worth it if we don’t go to TI'”

OpTic Gaming have been pushing the limits of what it means to be an esports organization from their origins in the early Call of Duty scene. Now, they’ve taken a dive into League of Legends, Dota 2 and the Overwatch League with the Houston Outlaws.

OpTic president Ryan “OpTicJ” Musselman spoke with theScore esports Podcast about the Outlaws’ rivalry with the Team EnVyUs backed Dallas Fuel, what it’s like for an organization to jump into the potentially intimidating world of Dota 2 and what the onset of franchising has meant for esports.

Musselman spoke at length about the choice that OpTic and their parent corporation, Infinite esports and Entertainment, made to jump into Dota 2.

“When you watch TI, the engagement, the production level, the feel, it’s just, it’s very… it’s overwhelming in the sense,” said Musselman. “I always looked at that and said, ‘man I really want, I want to go into it’ because I’ve never experienced that, at one of those events specifically.”

As with most moves OpTic makes, the addition of Dota had content creation in mind as well as competitive success. Musselman said that he understands why some people feel like if you don’t make it to The International your jump into Dota feels like a failure. But, OpTic doesn’t see it that way exactly.

“We didn’t look at it and say, ‘it isn’t worth it if we don’t go to TI,'” said Musselman. “We try to look at the space and say, ‘how do we also contribute?’ versus just providing an opportunity to a pro player, therefore we can benefit if they go to TI. So for us it’s about what does it open up from a content perspective.”

Musselman also commented on the impact that franchised leagues like the 2018 NA LCS and OWL has had on outside investment in esports.

“I truly believe that franchising was really, really good for esports. I believe it adds a lens of transparency that maybe other brands and other strategic of financial partners didn’t quite see. It kind of ushers out the wild west and allows better organization, better monetization for teams,” said Musselman .

He did say that a franchised league model wasn’t perfect, and that it wasn’t going to work for every game, but that it specifically did a lot for teams looking for ways to build a business around themselves.

“I’m not saying it’s the cure-all, you know, I wouldn’t prescribe it as the absolute number one thing and should be across the board,” said Musselman. “But, I am leaning towards saying that franchising is very, very critical. It’s especially critical for teams, because of the way you can better manage a business under the franchise model right.”

RELATED: OpTic COO on representing Houston, San Antonio & Austin in the OWL, the league’s allure and branching out into new esports

In addition to their forays into Dota and League of Legends, OpTic also took a recent jump into Overwatch with the Houston Outlaws, who are housed under the same parent company. Houston finished 7-3 in Stage 1 of OWL and have started Stage 2 with a 3-1 record.

OpTic versus EnVy has been a longstanding rivalry in CoD, but that rivalry has extended into the OWL now. EnVy owns the Dallas Fuel. Musselman admitted the rivalry does exist, but he welcomes it and thinks it’s healthy.

“I think that rivalry is happening and it’s good. Rivalries in esports, I think they’re so important. Because, going back to the content creation we were just talking about, it lends to a new storyline,” said Musselman.