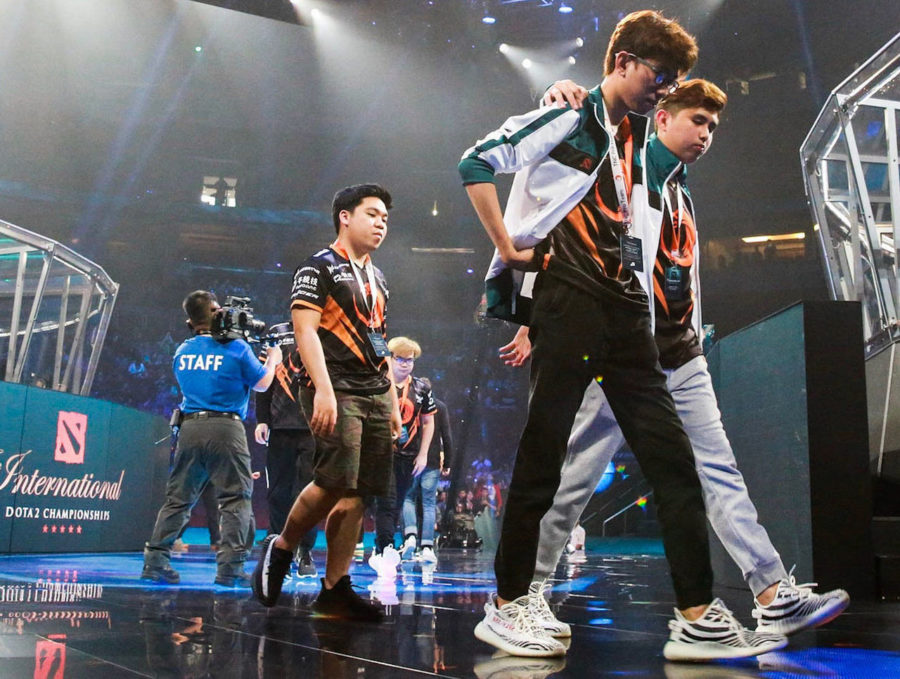 TNC Predator took to Twitter this weekend to report that, according to the organizers of the upcoming Chongqing Major, there will be certain repercussions if their offlaner, Carlo “Kuku” Palad, decides to attend the tournament.

3. The organizers will not be able to guarantee his safety should he attend

The organizers also informed us that neither TNC nor Kuku is banned from attending the Major.

The announcement comes in the wake of last week’s news that Kuku and compLexity Gaming’s former midlaner, Andrei “Skemberlu” Ong, had allegedly been banned from attending the Chongqing Major after he used an anti-Chinese racial slur in a public match a few weeks prior.

The Filipino organization allegedly learned from tournament organizers that the repercussions of Kuku’s Major attendance would potentially be three-fold.

First, Kuku could be denied access to the country; second, the municipal government who reportedly issued the ban in the first place might cancel the tournament altogether; third, should Kuku choose to attend, the organizers “will not be able to guarantee his safety.”

What’s more, in a statement released late last night, TNC reported that the only response the organization has had from Valve is that the “team may still compete at the Major with a stand-in and that no point penalties will be applied.”

If kuku isn’t allowed to play at the major I refuse to cast officially for the major , we all make mistakes and 1 mistake should not forbid you from playing at a tournament that potentially decides your whole career

Several Dota 2 casters and personalities — including Grant “GranDGranT” Harris, Henrik “AdmiralBulldog” Ahnberg and, according to a TwitLonger released today by Austin “Capitalist” Walsh, both he and William “Blitz” Lee — have since made it clear that they will abstain from attending the event should Kuku’s ban fail to be lifted.

same 🙂 i’m not going to any valve event thats in china unless the ban is lifted or dpc is removed. Including TI9. https://t.co/cI8BKuWryL

Dauren “AdreN” Kystaubayev, one of the founding members of Gambit Esports’ CS:GO squad, has entered free agency, the organization announced on Saturday.

Today we bid farewell to one of the founding members of Gambit CS:GO as he enters free agency. Thank you and good luck, AdreN! pic.twitter.com/pkEgXJZbBg

AdreN helped Gambit secure a Major victory at PGL Krakow in July of 2017, where he was awarded the tournament’s MVP award. His future plans have yet to be announced.

Origen have announced their full roster for the inaugural season of the newly-minted League of Legends European Championship.

The team has also announced that it has signed André Guilhoto and Fabian Broich as its head and assistant coaches, respectively.

swag to stand in for fer at BLAST Pro Series Lisbon

Needing a surgery, @fer won’t be able to play @BLASTProSeries Lisbon.
Today we announce the stand-in!#SomosMIBR🇧🇷

fer’s reason for missing the event is health-related. According to HLTV, he is slated to undergo ear surgery.

Due to our previous results. Our Dota2 division has decided to make some changes on our main roster. From now on, Newbee.Moogy and Newbee.Inflame become inactive status. Two coaches are going to sub in for the incoming ESL One Katowice 2019 Open qualifiers.[1/2] pic.twitter.com/W1RZxW5Cxl

There are more tryouts going on so stay tune for future roster updates. Thank you for all the support and we are going to come back stronger💪.[2/2]#KeepNewbeeAndCarryOn

Since finishing as the runner-ups of The International 2017, Newbee’s results have steadily declined, culminating in a disappointing 13-16th place at The International 2018. Following the team’s poor performance at TI, the roster parted ways with its offlaner, Damien “kpii” Chok, and brought in Inflame as a result.