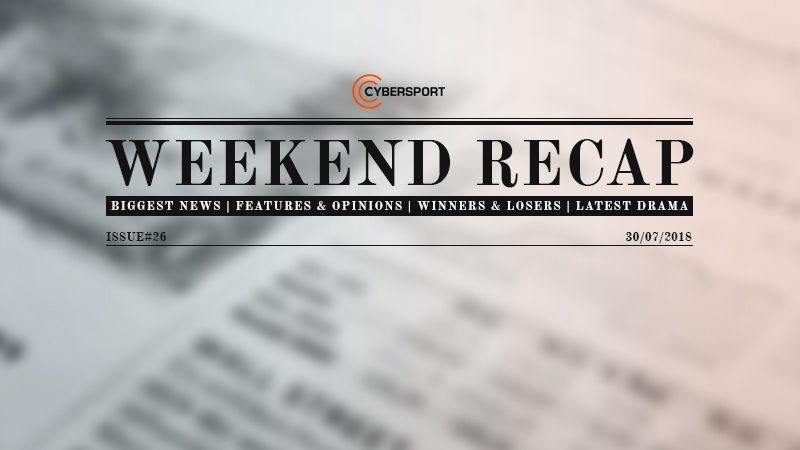 London Spitfire overcame Philadelphia Fusion in the Overwatch League Grand Finals, as Astralis took down Team Liquid to get back to winning ways at ELEAGUE Premier. Here’s the Weekend Recap!

The very first grand final of the Overwatch League took place at the Barclays Center in New York over the weekend, and it was none other than London Spitfire that emerged victorious.

The Korean players performed exceptionally on an individual level, helping them obliterate Philadelphia Fusion in important team-fights and vital clutch moments. The series went 2-0 in the Spitfire’s favour, proving they were the team who best adapted to the current meta in the game.

Astralis are back to winning ways after ELEAGUE CS:GO Premier 2018, redeeming themselves after a shock exit from ESL One Cologne 2018 not too long ago. The Danish side calmly took down Team Liquid in the grand finals to bag themselves $500,000 and confidence leading up to the FACEIT Major in London.

Oh My God narrowly win the FPP event at PGI 2018

Chinese team Oh My God managed to secure victory in the first-person perspective (FPP) tournament at the PUBG Global Invitational. Winning three of the first four rounds, they racked up enough points as to allow them to play safer in the last four rounds — ultimately winning with 205 points more than Team Liquid.

Activision Blizzard is looking to add six expansion slots ahead of the Overwatch League’s second season, and it has finalised the first. It has been reported that Georgia-based conglomerate is funding a group that has purchased an Atlanta slot. Other slots expected so far are Paris and Guangzhou.