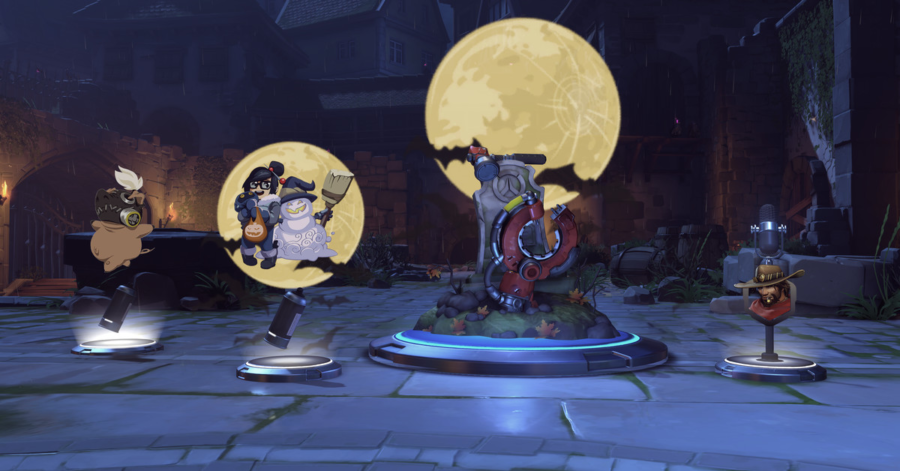 This weekend gave Overwatch fans an exciting shriek peek at the newest Halloween Terror skins. Before Friday, we already knew that Doomfist, Moira, and Widowmaker were getting fancy new seasonal threads. Now, we get a look at what seems to be two new Legendaries and one new Epic skin for this year’s event.

Enchanted Armor Pharah is a massive upgrade over Possessed Pharah, her previous Epic Halloween Terror skin. Now, she’s a spooky, ghostly knight with no head. While it’s likely impossible for game balance reasons, can you imagine how infuriating it would be if you couldn’t head shot this skin? Jeff Kaplan won’t answer my calls.

Then, we have a truly dreadful Wrecking Ball skin.

Now it’s time to get PUMPED up!

Wrecking Ball has always danced on the line between being a little scary and adorable, and this skin pushes it way more onto the scary side. That being said, it’s absolutely hilarious to imagine a giant, angry pumpkin smashing its way through the enemy team to secure the payload, so I’m going to call this one a win.

Finally, if you still have Red Dead Redemption: Undead Nightmare on your backlog you can just go ahead and rip that up because there’s a new Epic McCree skin that offers both cowboy and undead up:

Halloween Terror is set to kick off tomorrow, on October 9. There will be more skins and collectibles available at launch, as well as last year’s offerings on sale at a discount.