Overwatch’s 28th hero is here, and we sort of saw him coming. Hammond, for those of you not in the know, was first revealed as a part of Winston’s lore. He was another monkey aboard the spacecraft that Winston was thought to be the only survivor of — or at least, that’s what we thought. As it turns out, Hammond wasn’t really a monkey at all… he’s a hamster.

Of course, it’s a little early to say that I don’t like Hammond, or that I don’t really need another animal character in Overwatch, so I won’t. He has a fantastic design, and great art, and we may see more lore in the future that explains him and his adventures in Junkertown.

But in the constant push and pull that Blizzard has between releasing surprising brand new characters and established parts of the lore with plenty of hype behind them, Hammond feels like the company is trying to have its cake and eat it too, right down to his name. Sure, this heroes actual in-game name is Wrecking Ball (a surprise!), but really he’s exactly what fans wanted: Hammond, the escaped subject. As a result, he doesn’t feel properly foreshadowed or new and interesting.

There’s a fine line that Blizzard has to tow between hinting at new heroes — like Doomfist in the first Overwatch trailer, or Hammond in Winston’s lore — and dropping someone on the community out of the blue. In fact, building anticipation for a character is much easier. Blizzard can say a name in a trailer that people don’t recognize and build a mountain of buzz without a single piece of artwork or story detail. And honestly, most of the time, it’s neat to see these simple ideas that come from other characters’ lore get turned into fully fleshed out characters with stories and histories that play off the context of the game’s existing cast.

None of those releases are quite as exciting as something brand new. No hero reveal has ever quite matched the excited energy of Moira as fans scrambled to figure out who she was and how she fit into the larger Overwatch universe. Not only that, but we had no context at all, before her reveal, about what she would look like, or play like. Everything we learned was new and fans were let loose to speculate what it might all mean.

No release strategy is perfect, though. Early last year, when Orisa was added to the game, out of nowhere, she didn’t exactly spark the same kind of fervor in fans as a character like Moira. Orisa, or more specifically, Efi Oladele was a character that wasn’t exactly at the center of Overwatch’s plot or conflict, she was an attempt to build a bit of context into the world, to help fans understand the places and features of that world better. Instead, she felt inconsequential and trivial when faced with the legendary heroes of Overwatch, or the mythical characters like Doomfist. Had Efi herself been built up a little more, maybe fans would have had a more positive reaction once she and her shield-dropping robot actually joined the cast. 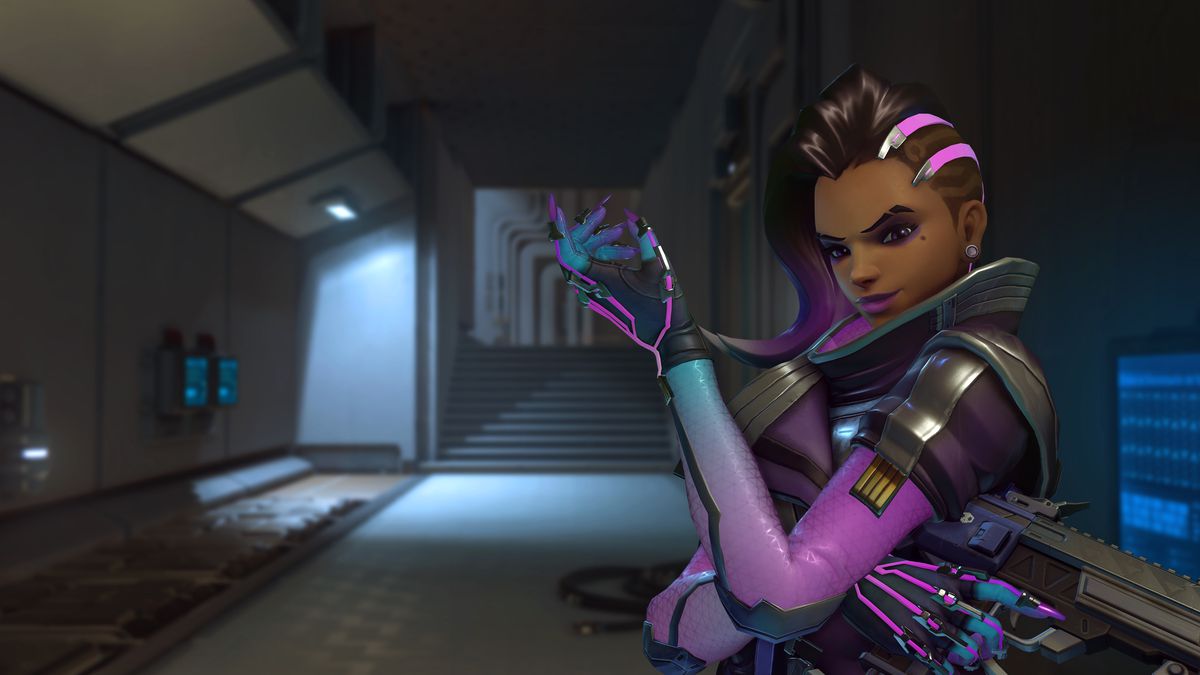 On the other hand, Sombra was teased for months with lots of clues and teasers that led to nothing. We learned too much about Sombra, and not enough about why we should be excited to have her in game.

So, where does that leave out new hamster friend and his mechanical ball of death? Well, uncomfortably in the middle it turns out. Thanks to Blizzard’s slightly frustrating obfuscation, Wrecking Ball is both original and surprising, as well as highly anticipated. Hammond is, technically, a character we knew about before, but most of what we knew turned out to be lies, or selectively hidden truths, at least. Sure, we were all making the assumption he was a monkey, but only because we didn’t know there were other animals aboard the Horizon.

Meanwhile, Wrecking Ball has spent most of his time post Horizon hanging out in Junkertown, as if Blizzard were trying to connect two previously unrelated regions, doing things we mostly had no idea about. Much like Orisa before him, it’s hard not to feel like Hammond’s connection to the wider lore of Overwatch is ancillary at best.

In truth, the biggest question surrounding Wrecking Ball is just how much we’re willing to let Blizzard get away with. It may have really been all planned from the start, but there’s no real reason for Hammond to have a connection to Winston or Horizon. Sure, that’s where the super smart animals come from, but in a technical utopia like Overwatch, Hammond really could have come from anywhere. So, one of the biggest mysteries of Winston’s lore basically got solved with a shrug. No real connection or larger meaning, just a name and location that happen to line up.

The truth is, there’s really no telling what the perfect balance is between releasing a hero out of the blue and building their anticipation and connection with the world for months. Sure, the risk is a lot higher with a hero that had no build up, but the reward is higher too. While I’m more than happy that we are soon going to have an answer to what exactly Hammond is, I can’t help but be disappointed in what that answer ended up being. In trying to avoid the conflict between a new hero and one the community already felt like it knew, Blizzard managed to miss the mark on both. I’m holding out hope that Hero 29 is something a little more like Moira: a complete surprise that makes us rethink what we know about the Overwatch Universe, but if it is someone we’ve heard of, at least make them feel important.