Blizzard is holding a new limited-time event in Overwatch that’s all about D.Va. The D.Va Nano Cola Challenge, timed with the release of Blizzard’s new animated short, “Shooting Star,” and the new Busan control map, is a two-week event that will let players earn new sprays, a new player icon and a new epic skin for D.Va.

Eight additional D.Va sprays are tied to watching Twitch streams. Similar to how Blizzard doled out Pink Mercy sprays during its Breast Cancer Research Foundation charity fundraiser, Overwatch players who watch content creators on Twitch can earn eight new expressive D.Va sprays. Unlocking all eight will require watching a grand total of eight hours of Twitch streams (and linking your Twitch account to your Battle.net account), a schedule for which you can find below.

A preview of all the new D.Va-themed cosmetics can be seen in the video above. A quick visual guide to unlocking them all is presented in the images below. All the rewards are doled out on top of existing rewards of loot boxes earned in Arcade mode and by leveling up. 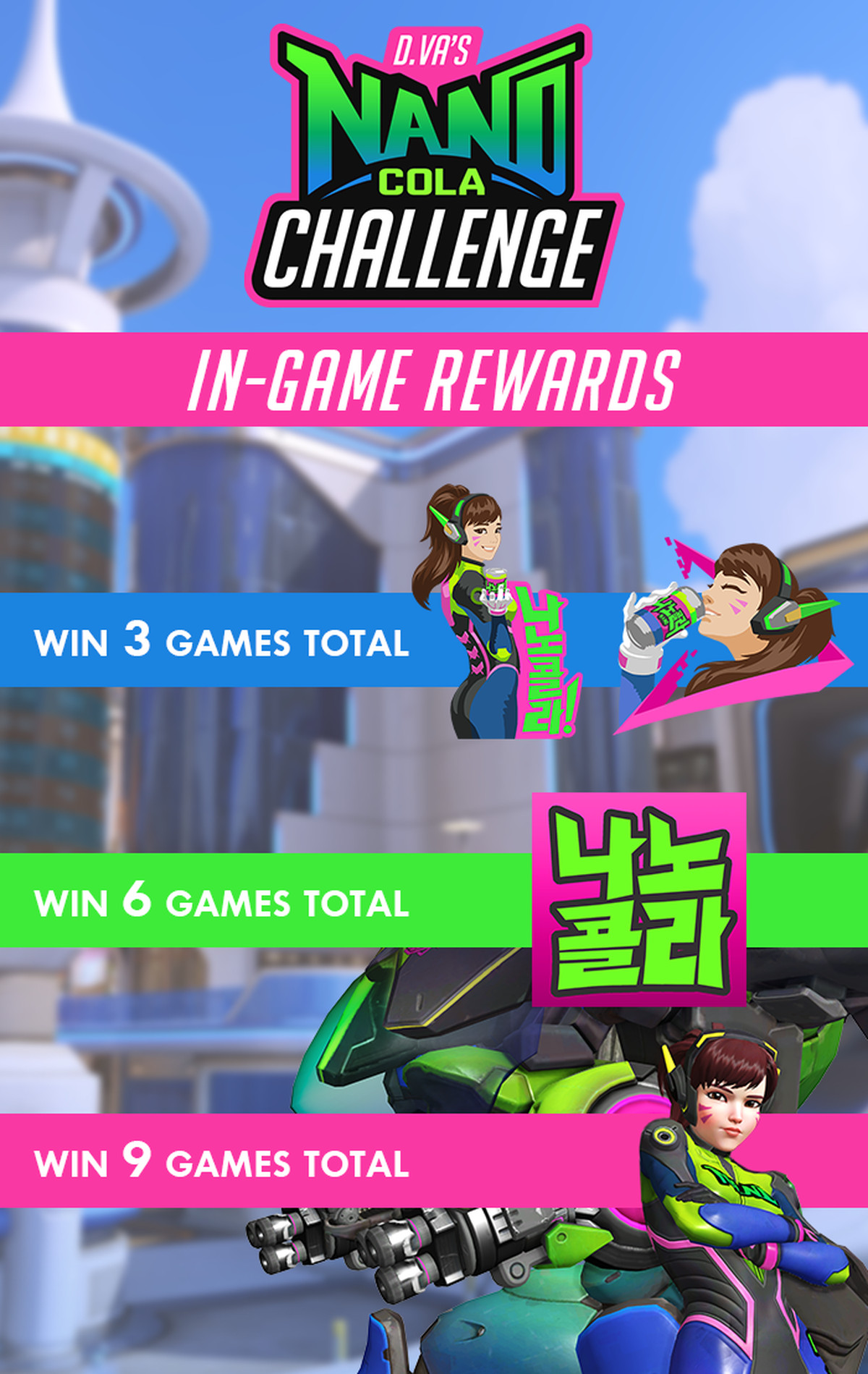