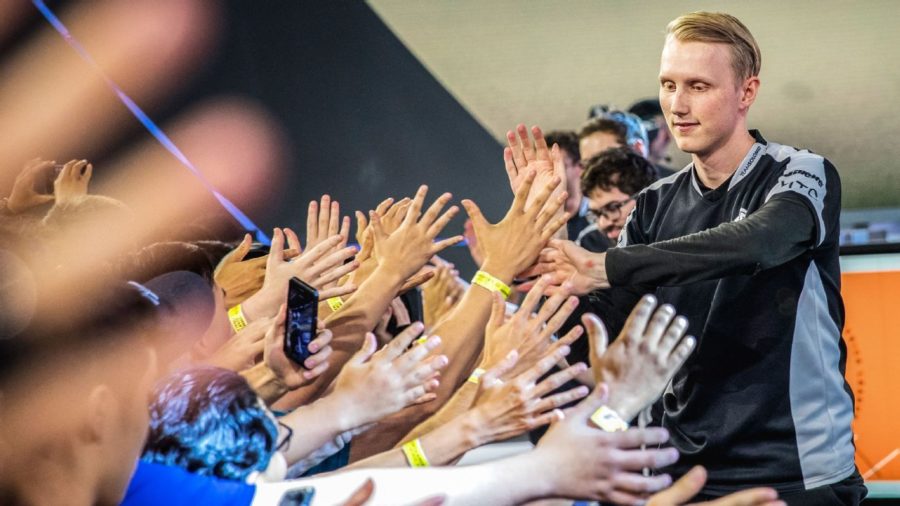 Player safety should be top priority in esports

Two years ago, walking into the North American League Championship Series, the weekly esports league run by Riot Games for its smash hit game League of Legends, was easy as could be. The parking lot filtering into the studio was open for fans, and the security, while on duty inside the arena, was lax on the outside. It was a place where fans and players could come together to hang out, watch games, and discuss the game they love.

In June 2016, songwriter and YouTuber Christina Grimmie was shot and killed while signing autographs following a concert performance in Orlando, Florida. Grimmie was an avid League of Legends fan who had come to the LCS studio in the past and had become close friends with some of the players. Although Riot Games did not correlate Grimmie’s death to a security change, the week following her death a metal detector was set at the front of the parking lot leading into the NA LCS arena. What was once a place for fans to tailgate and bring their own grills, CRT televisions and game systems was no more.

The NA LCS had to change, and it did.

Now if you want to watch the two biggest weekly esports competitions in North America, Riot’s LCS and Blizzard’s Overwatch League, you will be greeted and checked thoroughly by security before you even set foot into the arena. Cosplayers have been turned away from the door at the Overwatch League for having prop guns or other weapons.

This week at a gaming bar in Jacksonville, Florida, two competitive gamers, Taylor “SpotmePlzzz” Robertson, 28, and Elijah “Trueboy” Clayton, 22, were killed at a “Madden NFL 19” qualifying tournament. As a result, Electronic Arts decided to cancel its remaining Madden NFL 19 Classic qualifying tournaments — which were scheduled to take place in Los Angeles, Dallas and Chantilly, Virginia.

Esports fans are given unprecedented access to pro players, especially compared to traditional sports. In the wake of the mass shooting in Jacksonville, tournament organizers must balance how close fans get with the safety of the competitors. Provided by Riot Games

It’s hard. I love esports. When I was at my lowest, esports, its scene and its unique melding of the world of players and fans is what got me through. I wish I could wave a magic wand and just add metal detectors to the front of every gaming competition in the United States, but I can’t. This wasn’t at the NA LCS or Overwatch League where Riot Games and Blizzard have the money and manpower to add the extra security needed. Not every qualifying event held at a bar or a high school gym is going to have the funds to provide adequate security to prevent what happened in Florida.

At the Evolution Fighting Game Championships in Las Vegas earlier this month, there were no metal detectors for the thousands of fans heading into the Mandalay Bay Convention Center to watch and participate in the first two days of the world’s biggest fighting game tournament. On the final day, the event switched to the Mandalay Bay Events Center, which had ample security and a bank of metal detectors away from the front doors of the venue. Despite this, tournament organizer Joey Cuellar said on Twitter that Evo would have metal detectors for every day next year. (Mandalay Bay has its own history with a mass shooting after a gunman killed 58 people and injured 851 at a music festival last October.)

When some grassroots tournaments barely have enough money to rent out a venue or have a sparse prize pool to begin with, how can they afford metal detectors, extra security staff, and everything needed to make every competitor feel completely safe? There is no easy fix.

What makes esports unique to traditional sports is that feeling the viewers have with the professionals. Even though the NA LCS has changed its security policies and added a metal detector, one of the features that differs the fan experience of the event compared to a Los Angeles Lakers or Dodgers game is the ability for the fans to run up to the stage when a game is over. Fans get as close as possible to the stage, extending their hands as the winning players take a lap around the stage to connect with the fans.

After every game, teams walk out into the parking lot to have meetings with the fans. And the fans, instructed by the Riot Games employees, walk up to the teams, get to say a few words to the players, take a picture and go on their way. And while a vast majority of the fans are pleasant as can be, just happy to get close to people they spend hours a week watching through various streams and social media accounts, there are some who take it too far.

Team Liquid’s starting mid laner, Eugene “Pobelter” Park, went onto social media to talk about a recent situation where a fan got too close.

“If ur showing up as a fan to LCS, don’t do weird s— like twist our nipples at the fan meets after matches. What is wrong with you people?” he said on Twitter.

Pobelter isn’t alone on being harassed by fans. The league’s MVP, Zaqueri “Aphromoo” Black, was captured on stream following a victory also having his nipple twisted by one of the fans in the audience while his team was high-fiving the swarm of fans just off the stage.

It’s a harmless prank until it’s not.

I can’t wave a magic wand to make sure every gaming event in the world is completely safe, but there are steps to make sure that players can feel safer when they’re meeting fans or interacting with them. No player, regardless if they laugh at it or not, should be assaulted when all they want to do is greet their fans and make their day by giving them a few minutes with their team.

Access makes esports unique, but it might have to change. As the leagues get bigger and players become more popular, the days of fans rushing toward the stage to get a high-five or fistbump will be in the past. And it’s not fair. For every fan I’ve seen try to goad a player or harass them at an esports event, I’ve seen hundreds upon hundreds bring personalized gifts for their favorite player, some painstakingly taking days of their time to craft artwork or a sculpture for someone who made their days brighter when nothing else in the world was.

That closeness — the bond between a fan and a player in esports created through social media, interacting over streams on Twitch, and meeting at live events — is something I never want to lose in esports, but if that’s what it takes to make sure no player ever has to lose their life again while all they want to do is play the video game they love, the future of esports will be for the better.