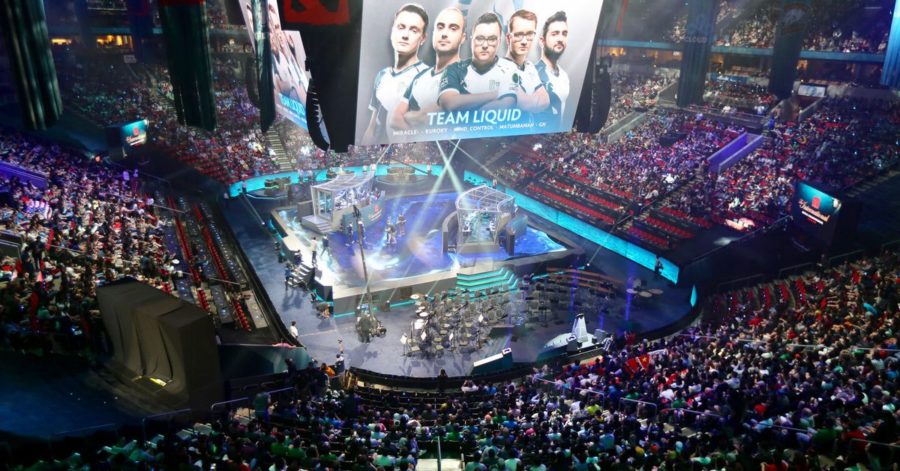 Quick guide to The International 8, the biggest Dota 2 tournament

In August, the buzz for “esports,” or competitive video gaming, picks up with plenty of exciting events down the road from all genres. But none of the names hold the weight of The International.

The biggest Dota 2 tournament in the world, and possibly one of the biggest in esports, can put a candle up to traditional sports’ size and prestige. With hundred of thousands (and possibly millions) of viewers every year, plus a $24 million purse, it’s become an annual celebration of what esports can achieve.

It’s also one of the most esoteric events from the outside. Dota 2 is a massive game, and The International, for all its fame, amplifies Dota 2’s complex nature in big ways. But if the crowd is any indicator, it’s a pretty fun time, and it’s never too late to work one’s way into the excitement.

Here, we’ll break down the event’s basic details itself. We’ll have a guide to watching Dota 2 itself soon, but for now, let’s talk about the massive esports festival.

Dota 2 is an entirely-free, ten-player online video game in a genre called the “multiplayer online battle arena,” or “MOBA.” (Some will call it an “action real-time strategy” game, or “RTS.”)

Players are divided up in two teams on one field, and the goal is to battle one’s way to the other team’s side and take down their Ancient. The Ancient guarded by the other five players, four tiers of towers and endless waves of small computer enemies. One game takes 30 to 40 minutes on average, but games can go quicker — and much, much longer.

It began as a fan-made, custom-programmed game for Warcraft 3, called Defense of the Ancients, and later DotA: All-Stars. In the late 00’s, Valve hired at least one of its lead designers and trademarked the name “Dota.” Now, Dota 2 is a revamped, independent version of that original game; the original DotA: All-Stars was even frequently updated with the same mechanics and tweaks until a few years ago.

What is The International?

In short, it’s the biggest Dota 2 tournament, held by its developers Valve. It can also safely be called one of the biggest events in competitive video gaming, especially in purse size, with over $24 million in the pot.

It started as a showcase event for the then-new game in 2011, featuring $1 million as the top prize and a $1.6 million pot, a payout unheard of at the time. Since then, it’s only grown in size and prestige, moving from Gamescom in Germany to a concert hall in Seattle, then an arena in Seattle and, now, a hockey stadium in Vancouver.

It’s truly an international tournament, as eighteen teams fly out from a number of regions across the world to participate.

How does this event have so much money?

In 2013, Valve started a crowdfunding approach for their event’s purse. They released a tool for fans called the Compendium, which allow fans to either play or pay their way towards rewards. As part of its shtick, 25% of proceeds from Compendium-related purchases go towards the pot.

Since its inception, it expanded into not only the Compendium, which focuses on The International, but also the Battle Pass, focusing on player perks and rewards. Both are highly anticipated events each year, with players dumping thousands of dollars and hours into the system to get as many rewards as possible.

(“Valve’s filthy rich! Why do they need to do this?” It’s mostly that people like getting stuff out of it, and the satisfaction of crowdfunding is a reward on its own.)

This is all live and free?

Give or take a few seconds (or minutes), yes. The internet is pretty powerful nowadays.

People are watching it in-person?

Yeah! It’s a mecca of sorts for Dota 2 players and all sorts of other intense, hyper-dedicated video game enthusiasts. Imagine the Super Bowl, but at least 16 times longer instead of just one night of football. (Or, just imagine the World Cup.)

Of course, the festivities often extend beyond the games. There are often meet-and-greets, exclusive merchandise and unofficial bar crawls — or “pubstomps,” which in Dota 2 means “winning all your casual matches.” For much of the Seattle residency, TI even had exclusive, official, themed ales! It’s a pretty big deal for those who get the privilege.

Around the world, people host unofficial local pubstomps in bars as well to meet other Dota 2 fans.

What/where are these teams representing?

The sixteen teams hail from different countries and/or regions. 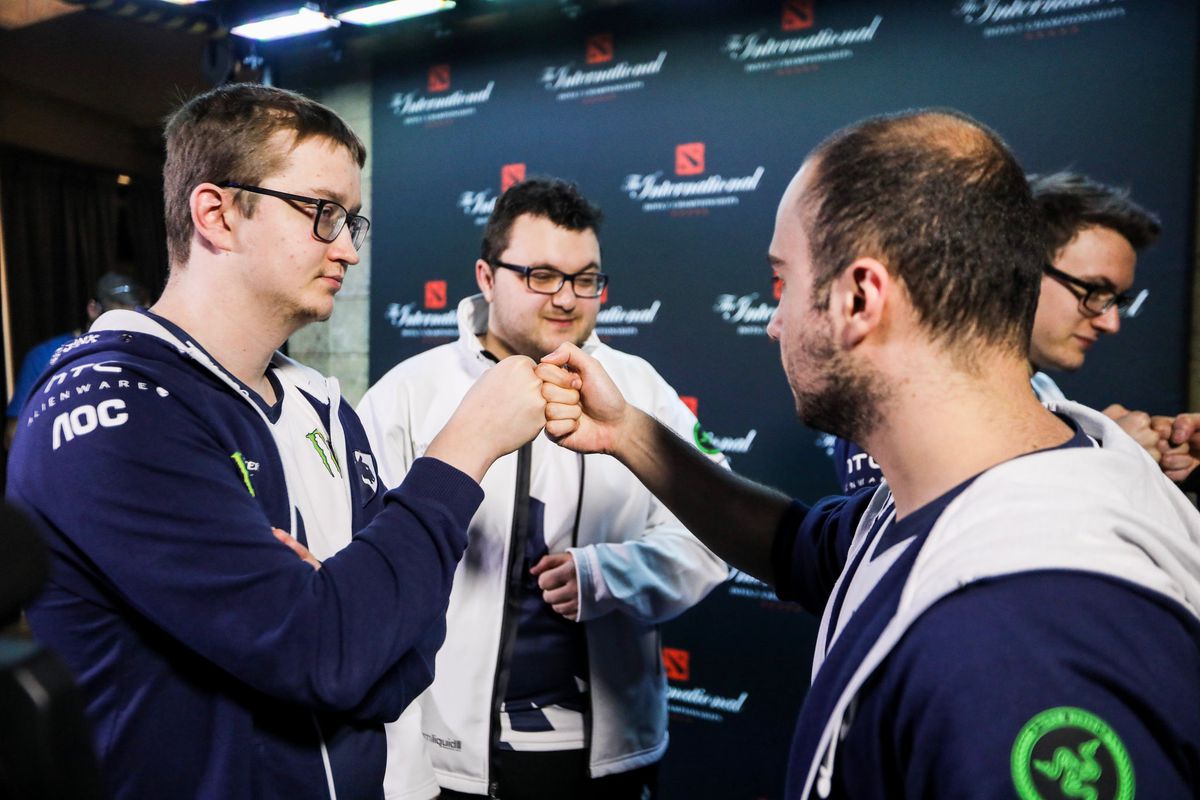 These teams are as follows:

Two have been eliminated thus far:

Keep in mind, while some of these teams play with countries’ banners, many have international rosters. Evil Geniuses, for instance, has three players that are considered “European players.”

*Yes, “PSG” means the football team Paris Saint-Germain, which has teamed up to sponsor a Chinese organization

Who should I cheer for?

Uo to you! Part of the fun of Dota 2 is bandwagoning. Promise.

With sixteen teams going at it, it’s expected that most fans’ teams are going to lose. But with teams eliminated, usually that just means there’s more intense Dota 2 down the road — and that’s what fans really watch TI for.

So just find literally any reason to support a team and join the tear-drinking support group.

The International 8 started with a two-division group stage that ran from August 15-18. The eighteen teams split into two, then played best-of-two matches. The bottom team of each group was eliminated, cropping the total event’s size to sixteen players. The Flying Courier has a quick primer on those results.

The playoffs, now, are a double-elimination bracket. The top four teams move into the upper bracket, while the rest that weren’t eliminated will start in the lower bracket, the elimination side of the event. 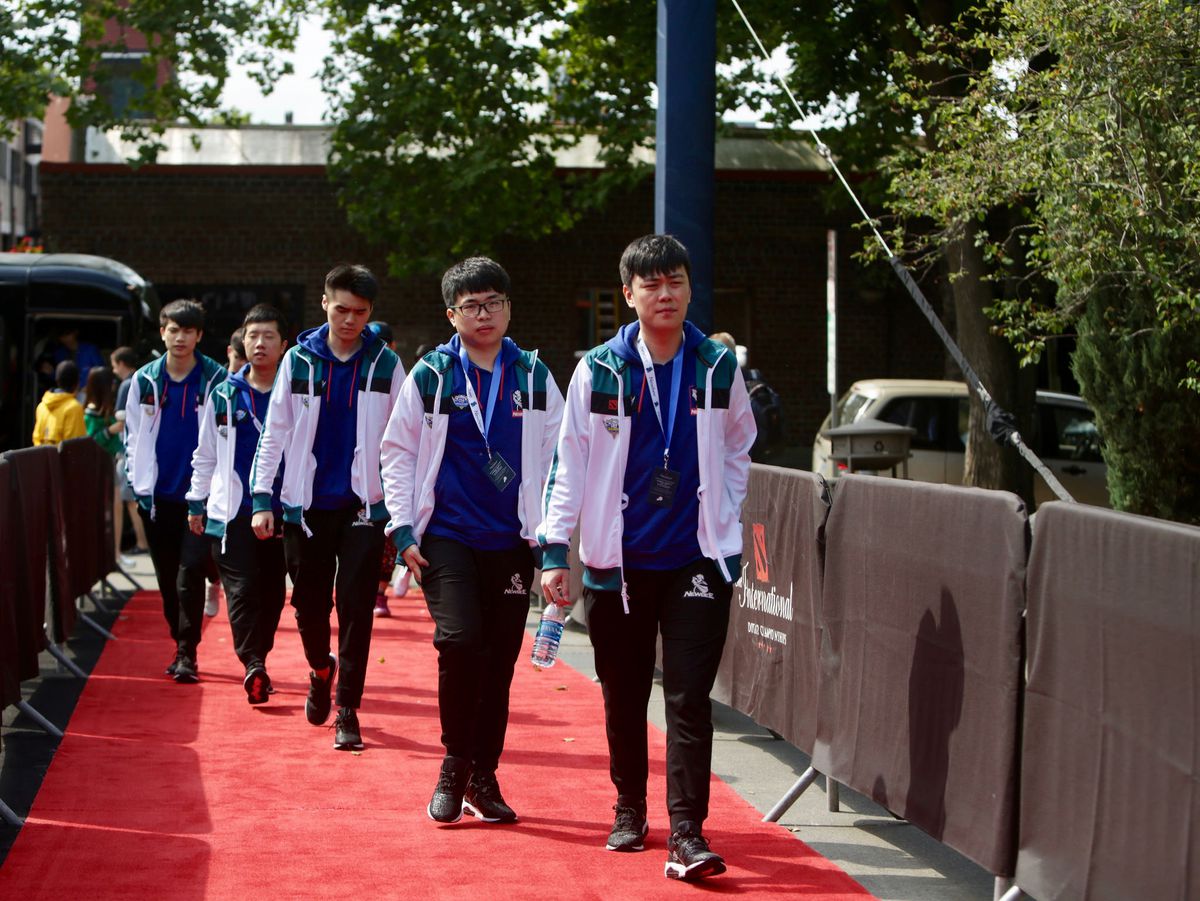 Why should these video gamers win this much money?

For this particular game, there are a few arguments to be made.

The main is that Dota 2 is a notoriously complex game with extremely high mental and physical standards. It’s a game with a hefty learning curve — basics can take 200 hours to learn, and hundreds more hours to become comfortable with. Not only does it require reflexes, but there are also thousands of small factoids to memorize. One player may only use seven characters, but they still need to know other characters’ strengths and weakness.

Not to mention many of these players have been trying to win for perhaps ten years, as Dota 2’s predecessor, DotA: All-Stars, has been kicking for over 14 years. Many say the history alone is worth consideration.

Esports players also tend to retire young, in their late twenties or early thirties, so many need all the cash they can get, fast.

Of course, there are arguments as to why there shouldn’t be this much money: top-heavy rift in the game’s income, teams breaking up before and after the event and unrealistic expectations for the scene. But it is what it is, and it’s mostly due to the fanbase.

Is there somewhere for a newcomer to watch and learn?

The main stream you’ll want to keep an eye out for is the Newcomer Stream, available on Twitch. It provides overlays explaining need-to-know jargon and information. Fans in the chat also tend to be willing to help as well.