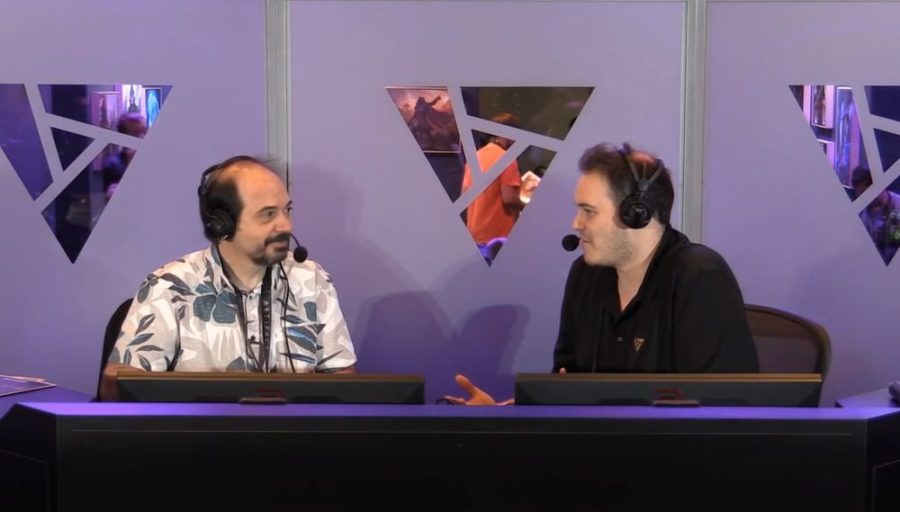 Richard Garfield explains why he chose to work on Artifact | News

Digital trading card game Artifact is the next title to be released from Valve – the developer behind CS:GO and Dota 2 – and it’s quickly becoming one of the more anticipated games in the market. One of the many reasons TGC fans are excited about the game is because Richard Garfield, the creator of Magic: The Gathering, is involved. In an interview with Sir Action Slacks for ArtifactTV, Garfield has shed some more light on the title and his involvement with it.

On why he chose to create Artifact

I almost always design games to fill a void in my game experience, and I really enjoyed the electronic card games that had come out but I feel like they didn’t capture the epic qualities you sometimes got in paper card games.

So I talked to Valve about ideas about mechanics to do that and three years later, here we are.

On what makes a good card game

One of the most important things for me is if I could see your hand, that would change my play. I’m a sucker for games where I know something and I don’t want you to know it so I try to structure my play to keep that hidden from you.

On including three towers in Artifact

I’ve been thinking about the fact that in card games it’s really nice to play two of out of three [matches]. I feel disappointed when I play a game online, then I’m matched with someone else and I don’t get a chance to play the other two games to see if I won just by luck or whether I lost but could change my strategy.

Artifact will be available to play on PC from Nov. 28, whereas a mobile version is set to be released some time in 2019. Plenty of information regarding the game is being released at PAX West until Sep. 3, so keep an eye on our Artifact coverage!