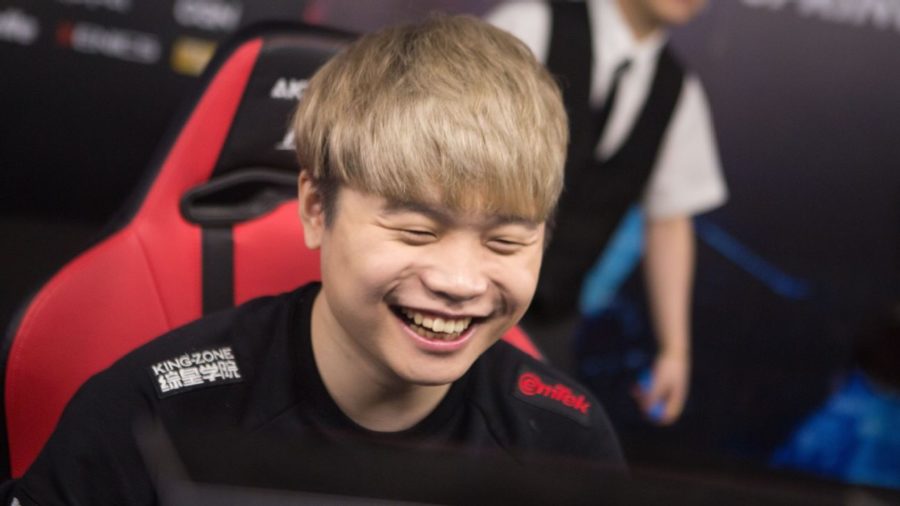 While China’s League of Legends Pro League got to relax on Saturday, South Korea’s League Champions Korea and Taiwan’s League Master Series battled it out in the Rift Rivals semifinals. LCK played like a region on a mission, blowing through the LMS is a “blink-and-you’ll-miss-it” series that went 3-0 in favor of Korea.

Coaches for South Korea wasted no time putting the reigning back-to-back LCK champions in for the first game to set the tone for this relay, which Kingzone DragonX did in the opening game against Machi E-Sports. Drafting an explosive composition featuring Darius in the top lane for Kim “Khan” Dong-ha and Aatrox in the mid lane for Gwak “Bdd” Bo-seong, Kingzone simply did whatever it wanted from start to finish without much opposition from Machi. Kingzone put up a whopping 16 kills in the first 20 minutes of game on its way to a 24-to-4 kill advantage by the game’s end as Khan alone tallied a 15/2/3 KDA (kills/deaths/assists) that included a pentakill to close out the 28-minute win.

With Machi dismissed, the LMS put its faith in Flash Wolves to try and tie up the series against SK Telecom T1. While Flash Wolves might have lasted a bit longer than Machi did, the end result was no different. The LMS representatives seemed to lack any sort of cohesion as a team, allowing SKT to cut through it with relentless aggression. Whether it was jungler Kang “Blank” Sun-gu’s Nocturne wreaking havoc all over the map or AD carry Bae “Bang” Jun-sik putting in work in the bottom lane with Varus, SKT came at the reigning LMS champion with smothering map control, denying any way for Flash Wolves to gain any traction. The game might have lasted 36 minutes, but that was simply due to SKT taking its time to secure objectives across the map before diving into teamfights. The throttling presence all over allowed SKT to secure a whopping 16 kills while Blank led the way with a 7/1/7 KDA of his own.

With the LMS in a 2-0 hole, it turned to the runner-up of the Spring Split playoffs in G-Rex to take on KT Rolster from the LCK. Unsurprisingly, KT jumped out to an early lead on the back of a few early kills that allowed it to rack up a 6,000-gold lead by the time 20 minutes had passed. With the game all but decided in the first 20 minutes, the main intrigue of the game centered around whether KT could lock up a perfect game after giving up no kills or objectives for the first 26 minutes of the game. G-Rex mid laner Yang “wuji” Chia-Yu’s Swain ended those hopes with three kills in the final four minutes of the game, but that did nothing to change the fate of G-Rex in this lopsided game. After giving up the first two kills, KT quickly strong-armed its way into a Baron secure before marching into the G-Rex base with a second straight ace that allowed KT to secure the win in just under 31 minutes.

The stage is now set for a rematch between the 2017 edition of Rift Rivals as the LCK and LPL go head-to-head to establish their regional dominance. Not only did the LPL win last year’s Rift Rivals, but it’s also coming off a win at the Mid-Season Invitational. If today’s thrashing of the LMS was any indication, Korea is ready to get its revenge when the action kicks off at 4 a.m. ET on Sunday.