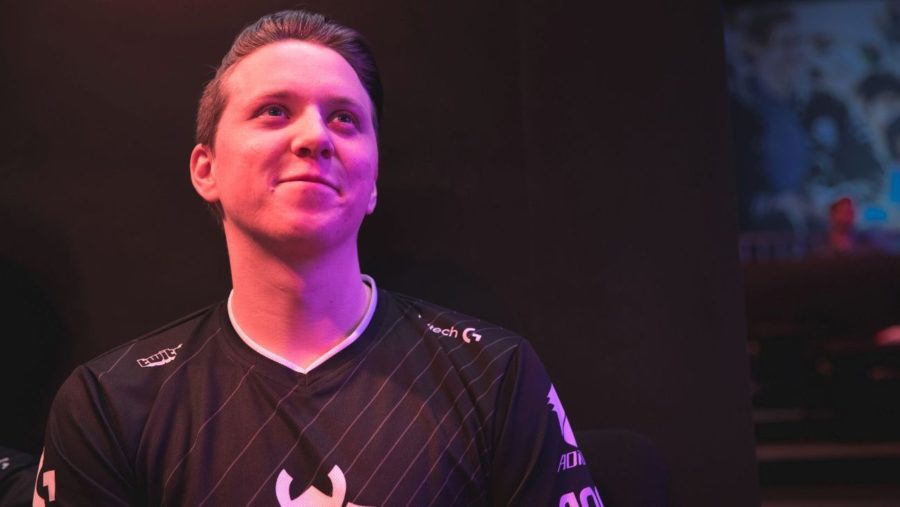 While the war is not yet over, Europe has won the battle for the time being.

Leading the way on Friday was G2 Esports, which picked up a pair of wins for a clean 3-0 in the first portion of the tournament.

After winning a tight battle with 100 Thieves on Thursday, G2 absolutely tore through both Echo Fox and Team Liquid on Friday in two lopsided games. While both North American teams focused on shutting down G2 AD carry Petter “Hjarnan” Freyschuss through both the draft in Echo Fox’s case and during the game in Liquid’s case, neither could account for the dominant force that was mid laner Luka “Perkz” Perkovic. Between both games, Perkz tallied a combined 17/4/5 KDA (kills/deaths/assists) on both Kai’Sa and Yasuo. With Perkz running wild on both teams, G2 walked away with two wins in under an hour of in-game time.

Despite G2 ruling the day, Liquid almost managed to push the NA LCS to the top seed after picking up a big win to start Friday’s action.

Fnatic tried its best to stop Liquid from running away with the game thanks to solid objective control early, but that was no match for Liquid AD carry Yiliang “Doublelift” Peng as he posted a 10/1/4 KDA on his Kai’Sa to push his team to victory. From then on, however, things were pretty rough for the home country.

After G2 ran through Echo Fox to even the score at three wins apiece, 100 Thieves had its turn to try and take the lead when it faced Fnatic. As was the case on Thursday, though, 100 Thieves couldn’t stand up to a strong European opponent. The game started out well enough when 100 Thieves picked up the first few kills, but it wasn’t long before the team got too greedy and gave over full momentum to Fnatic. After securing a 3-0 advantage in kills early on, 100 Thieves ended up on the receiving end of a 22-6 deficit by the end of the game.

With the pressure on Liquid to keep hope at a top seed alive, G2 made quick work of the reigning NA LCS champions when the aforementioned Perkz popped off on his Yasuo and secured the top seed for the EU LCS. That win ended up being quite important because Splyce closed out the day by losing its third game of the tournament against 100 Thieves. Splyce ended Friday as the only team without a win so far in the tournament.

All that’s left now is for the teams to battle it out for bragging rights. With the EU LCS securing the top seed, it will have the ability to counter-pick during the relay race grand finals on Saturday. Given that Splyce went winless during the group stage, that counter-pick will likely end up being huge once the finals begin at 3:30 p.m. ET on Saturday afternoon.