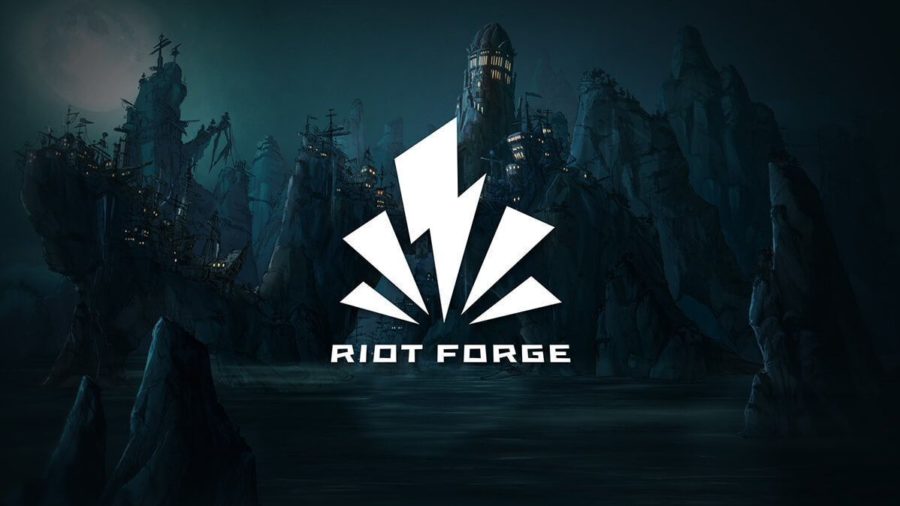 Although League of Legends was crowned Esports Game of the Year at Thursday’s Game Awards, the biggest headline of the night had nothing to esports.

During breaks between awards, Riot Games debuted trailers for not one, but two of its upcoming single-player League of Legends titles: Ruined King, a turn-based RPG developed by Airship Syndicate, and Conv/rgence, an action platformer developed by Double Stallion Games. Both games will be published through Riot’s new third-party label, Riot Forge, marking the first time Riot has chosen to outsource game development for its iconic intellectual property.

Established near the middle of 2018, Riot Forge is the latest iteration of an idea the company has toyed with for years. Faced with a growing interest for more League of Legends experiences outside of its renowned MOBA, and already bound by developing several new games in-house, Riot decided to delegate. As head of Riot Forge, Leanne Loombe understood that Riot’s expertise lay in its ability to create competitive games with excellent supportive live services. But why limit the League of Legends IP to that approach?

“We know that there are fans of League of Legends that are looking for other types of experiences, and we want to provide those players with different types of games,” Loombe said. “And that means building a lot of games in many different genres if we want to try and capture those players. Building out development teams for different types of games like action platformers and RPGs can take a really long time, and we just didn’t want to make our players wait that long.

“Sometimes it actually is better to focus on what we do well internally, and then look to see how you can partner with people that do the other things really well. It seems like a great way to make games and leveraging that experience rather than trying to do everything ourselves.”

One of the first issues Loombe’s then three-person team confronted was how to evaluate potential partners. Studios that exhibited distinctive style, experience in promising genres and a willingness to innovate topped the list. Crucially, Loombe and Riot Forge needed their partners to be as passionate about the League of Legends universe as they were.

“A really important part of these partnerships is that there’s this mutual passion for us to make these awesome games,” Loombe said. “We’re not going out and asking people to do [requests for proposals] or anything like that. We really want this to be a true collaboration.”

Riot Forge found the collaborators they were looking for in Airship Syndicate and Double Stallion Games, two indie developers whose identities and evident passion checked all the boxes. Loombe was impressed by the art of Airship Syndicate’s CEO and creative director Joe Madureira, a comic book legend who was at the Game Awards to give context to the Ruined King trailer. In Double Stallion, Loombe saw the potential of their high-fidelity 2D animation to vibrantly re-imagine Runeterra. Neither developer was asked to match their specific genre with a Riot-mandated storyline. Instead, both studios chose their subject matter and pitched it independently.

“It’s down to the developer to come up with an idea for how to tell these stories that is the best thing for their skill set,” Loombe said. “For Airship, they were the ones that were like, ‘We love Bilgewater, we love Shadows Isles. We want to tell a story set in these locations and we want to be able to imagine that in our style.’ And for us that made perfect sense based on the games that they’ve made before, and also Bilgewater and Shadow Isles are two areas that players are always super excited about.”

Ruined King is set after the events of Burning Tides, a League of Legends in-game event from 2015 that featured several champions navigating one deadly night in Bilgewater. Gangplank, Miss Fortune, Graves and Twisted Fate all played major roles and will likely continue their prominence in Ruined King. But the title refers to the former King of the Argent Throne and the ruination of the Blessed Isles he caused when attempting to resurrect his dead queen.

The Burning Tides was just the beginning. The next chapter unfolds in Ruined King: A League of Legends Story by Riot Forge and @airshipsyn. pic.twitter.com/yEobiJexWq

Now called the Shadow Isles, it’s home to damned souls like Thresh, Hecarim, Kalista and Ledros, the latter of whom isn’t a Summoner’s Rift champion but nevertheless wields the fabled Blade of the Ruined King. Bilgewater and the Shadow Isles are geographically adjacent, and intersect during The Harrowing — a terrifying ordeal in which the Shadow Isles’ Black Mist stretches across the sea to claim Bilgewater souls.

“There’s a lot of depth there that we can go into, especially with a single-player RPG,” Loombe said. “One of the key elements of that type of game is having a deep narrative story. It’s a perfect setting for this type of game, where we can go deep with champion stories, deep within the law of those two regions. … It’s an awesome conflict between the champions in those regions and the story that’s being told. I also think the growth that happens in many of the different champion stories in that Burning Tides era is really, really interesting.”

“That’s definitely a possibility,” Loombe said. “You know we’re open to anything that really makes sense for the universe. And that may mean we come up with characters within those [Riot Forge] games that make sense to bring into the lore. We’ll have to see what happens there.”

Loombe was tight-lipped on any gameplay details, apart from the inclusion of Poros. But Airship Syndicate’s 2017 single-player, turn-based RPG Battle Chasers: Nightwar should help set expectations for Ruined King. With environments and characters that bear uncanny resemblances to some League of Legends champions (Battle Chasers came first, based off Madureira’s 1998 comic series), it’s easy to deduce Airship’s thought process when it comes to developing Ruined King. Airship was the first developer Riot Forge partnered with, and Ruined King has been in development since the deal was struck roughly 18 months ago.

Explore the city of Zaun with Ekko in CONV/RGENCE: A League of Legends Story by @dblstallion and Riot Forge. pic.twitter.com/SdAwAUIvrT

Less is known about Double Stallion’s Conv/rgence, a single-player action platformer starring Ekko, the time-bending street urchin of Zaun. Given the Montreal studio’s similar work with Speed Brawl — described by the developers as “Sonic The Hedgehog meets Streets of Rage in a Dystopian Victorian England” — expect Conv/rgence to flow from the same vein.

“You can see across [Double Stallion’s] games that they’re very focused on combat mechanics and the platform-type experience,” Loombe said. “You’ll definitely see elements of that. Ekko is an amazing champion and obviously has some really awesome combat mechanics, especially when it comes to time mechanics. I really can’t wait for players to get their hands on this.”

Both Ruined King and Conv/rgence lack a release date and an age rating. Loombe confirmed that they’ll be published on PC and consoles, but declined to say which consoles. Double Stallion has a history in mobile games, and Loombe did not rule that platform out as a potential distribution option. If their four-piece concept art tweet is any indication, Riot Forge has at least two more unannounced games in the pipeline.

“We have multiple games in development,” Loombe said, repeating the company line. “You will definitely hear more in 2020.”