Riot Games has released the latest of their competitive tournament songs, “Start it Up” produced by Prblm Chld and Riot Games with vocals by new.wav, a project by We Are The In Crowds’ guitarist and backing vocalist.

The song released to commemorate the 2019 All-Star event, a League of Legends event that brings favorite competitive League players from different regions together with content creators. The event will take place in Las Vegas at the Esports Arena from Dec. 5-7. We’ll likely hear “Start it Up” throughout the whole weekend between matches and during hype reels.

The 2018 All-Star event also had a theme song, so it’s not surprising that one was released this year as well. While not as highly anticipated as the World Championship anthems or the big releases done for the Worlds After Party events, more songs for the smaller events have been popping up in the last few years. The 2019 Mid-Season Invitational also had a theme song, so we can likely expect more songs to be released for other competitive events next year. 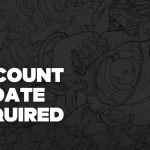 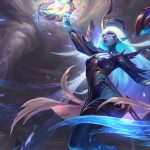