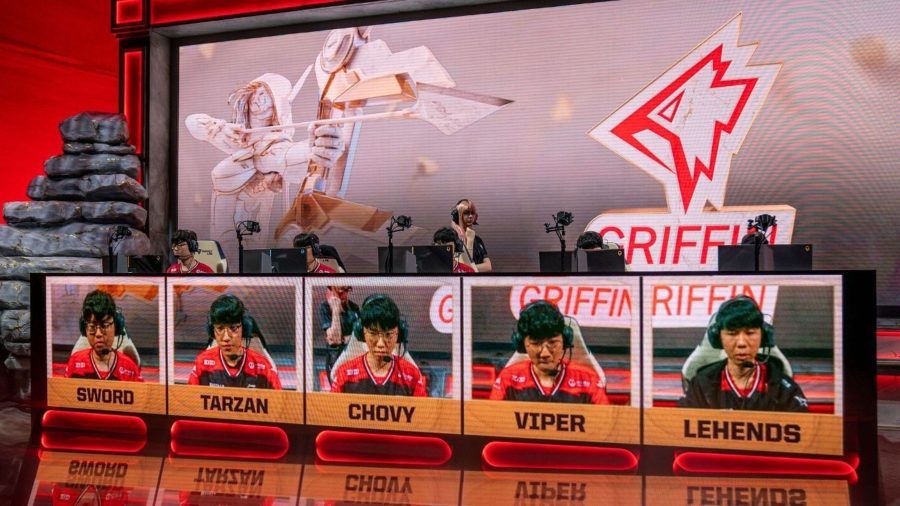 In their investigation summary, Riot and KeSPA said they found evidence that Cho unfairly pressured substitute jungler Seo “Kanavi” Jin-hyeok into a contractual agreement while he was a minor. Riot said Cho also added a clause to Kanavi’s contract when he was loaned out to JD Gaming so Kanavi’s time away at JD Gaming would not affect the contract term with Griffin.

Riot said Cho did not communicate this change to Riot and KeSPA, which require every team in each competing region to submit contract summary sheets.

Meanwhile, Riot and KeSPA said they heard testimony from players and staff that cvMax was both verbally and physically abusive toward members of the team.

“Verbal abuse and other abusive actions will not be tolerated in the LCK league,” Riot said in a statement translated by ESPN. “Verbal abuse and other abusive actions from the position of a coach, a position within the LCK league, is even more difficult to be justified. We have confirmed that the level of verbal violence committed [from cvMax] to the players in an extended period of time was personally damaging from multiple testimony and proofs submitted to the Committee. Furthermore, some players who were victims of this physical and verbal violence were minors.”

CvMax later denied these allegations in a livestream after the ruling. Three players — Choi “Sword” Sung-won, Lee “Tarzan” Seung-yong and Shin “Rather” Hyeong-seop — and coach Byun “Chaos” Young-sub spoke on the record with Inven Global on Wednesday, stating they were subject to or witnessed verbal or physical abuse by cvMax.

Griffin parent company Still8 also said Wednesday it would take legal action against cvMax for allegations he made that the company says are libelous.

Cho and cvMax are barred from holding any official position with any team participating in a Riot-affiliated esports event, including the League Champions Korea. Riot also fined Griffin for the team’s staff being directly involved and overlooking the behavior exhibited by Cho and cvMax. Riot said it would monitor Griffin in the coming months and if it found other allegations of misconduct, their League Champions Korea spot would be in jeopardy.

“If, by this process, we find similar violational activities in the future, we will hand out further penalties with the maximum penalty being the termination of Griffin’s [LCK] seed,” Riot said.

The disciplinary action puts an end to an investigation that was run by Riot Games’ Korean and Chinese affiliates and KeSPA into the alleged mishandling of the transfer of Kanavi to Chinese League Pro League team JD Gaming. Those allegations were raised by cvMax during a livestream in October.

The ruling elicited a strong response from South Korean National Assembly member Ha Tae-kyung, who had spoken out on social media since Riot and KeSPA first opened their investigation in October.

Prior to the release of the investigation, Ha released Tuesday a statement of his findings, which included allegations that Griffin assigned players representation with a law firm, VEAT, that is also Griffin’s exclusive advisory law firm. VEAT represented Kanavi — without his explicit knowledge — as a result of a contract he signed with Griffin. In his statement, Ha alleged that Griffin forged a company seal, with Ha sharing multiple photos of a legitimate seal and the one found in this contract.

Ha alleges that Riot unfairly punished cvMax, who Ha argued should be protected under South Korea’s Act on the Protection of the Public Interest Whistleblowers. Over the past two months, Ha has called for action by the Assembly to investigate Riot and KeSPA’s role, given their close proximity and vested interest in protecting their participating teams. He also has been very vocal about the issue publicly.

“The results have been shocking,” Ha said in a reaction to the Riot ruling, translated by ESPN. “Not only Cho, but also cvMax, the person who exposed this corruption and absurdity, is also getting indefinitely suspended. This a clear act of revenge toward the whistleblower. Riot, by taking an action of revenge against a whistleblower, may be punished.

“​If it wasn’t for cvMax’s courageous act, the case of Kanavi going through slave contract and threats would have gone under the carpet. He is a brave whistleblower. CvMax is someone who should be protected and rewarded, not be punished and be revenged upon.”

On Nov. 12, Cho resigned from his position as the director of Griffin amid the ongoing investigation and criticism from National Assembly members. In an interview with Sports Chosun the day he resigned, Cho disputed cvMax’s claims against him and said he intends to sue cvMax.

Weeks before this year’s League of Legends World Championship, where Griffin qualified for the quarterfinals, cvMax was relieved from his duties as the head coach of the team. Prior to the suspension, it was announced that cvMax had taken a job with fellow League Champions Korea team DragonX for the 2020 season.