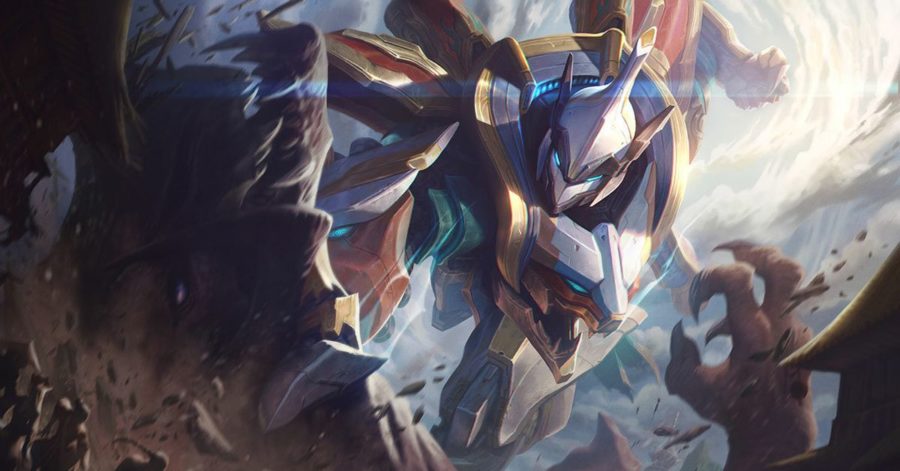 Riot teases new champions coming to League of Legends in 2020

As part of its ongoing celebration of the start of Season 2020, Ryan “Reav3” Mireles, the lead producer on the champions team for Riot Games, hosted a video all about the champions of League season 2020.

The video starts out with a brief preview of Sett, who’s in the game now, and the visual updates for Volibear and Fiddlesticks. But it isn’t long before Mireles starts giving players hints of the new champions they can expect to see later this year. As usual, the clues were pretty vague, but there’s enough info to get players guessing.

One champion that Mireles hints at is apparently someone from League of Legends lore. That means it’s a character we’ve already been introduced to, but isn’t a champion in the game yet. While this does mean that there are only so many options for who it could be, it doesn’t narrow it down enough for us to come up with a great guess.

The next two champions that Mireles describes are going to arrive in the game as part of an in-game event coming this summer. The first is a jungler who Mireles says the team has recently “dreamed up.” While Mireles describes the champion, the video cuts to a picture of a tree, which starts out with a fresh spring color palette before transitioning to nighttime with stars in the sky. He also mentioned that it’s someone new for players to “fawn over” and that Riot was “split” on if it wanted this champion to be a bruiser or an assassin that “prances” all over the map. In fact, Mireles says it felt like they were going back and forth between the two ideas every five minutes.

Based on those hints, it seems very possible that this new champion could be a faun, a half-human, half-goat creature similar to Soraka, who transforms between a bruiser and assassin every few minutes. But of course, we won’t know for sure until the champion is actually revealed.

As for the other champion, Mireles calls him a masked champion who refuses to die. The only other thing he says about him is that, “some demons should remain in our past.” It’s entirely possible that this champion and the lore-based champion that Mireles mentioned earlier in the video are actually one and the same. Either way, we’ll certainly learn more later in the year.

Mireles also lets players know that aside from these champions they’ll have a few more to reveal and release before 2020 is over, but that they won’t share more on them until later in the year.