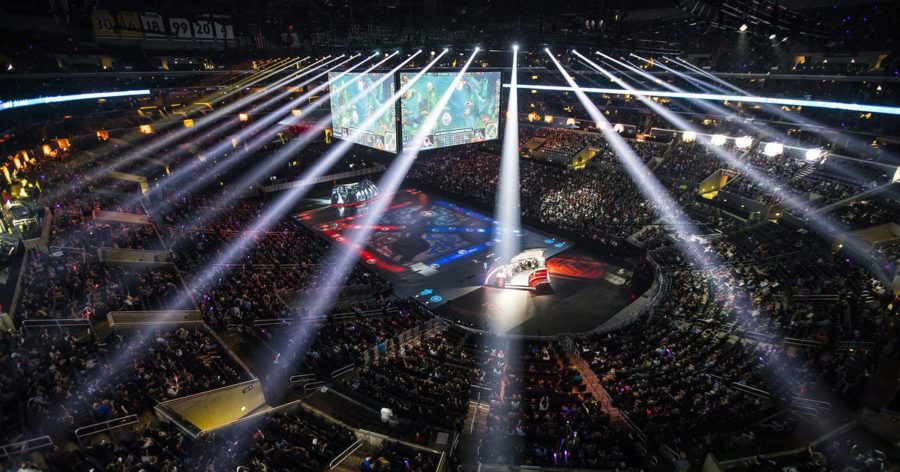 The 2018 League of Legends’ World Championships in Korea will not feature the same live on-site broadcast talent that has been a part of previous tournaments, according to the executive producer of the NA LCS at Riot Games.

In previous years, on-air talent casted games and provided analysis live from the venue that the players were playing in, but this year that will not be the case. Instead, casters for most of the tournament will be broadcasting from Los Angeles, likely at Riot’s LCS Studio. Casters will be in attendance for the finals, but every other stage of the tournament will be casted remotely. The one exception to this will be the EU and NA interviewers, Ovilee May and Eefje “Sjokz” Depoortere who will be on a rotating schedule at the tournament in Korea.

This news comes from a recent Reddit thread originally posted by user TomShoe02, who used clips of EU caster Andrew “Vedius” Day streaming to point out that it seemed like Riot wouldn’t be sending casters to the tournament. A few hours after the post went live, Riot Dave “RumbleStew” Stewart, the executive producer of the NA LCS, jumped into the thread to set things straight and inform everyone that casters would indeed only attend the Finals of this World Championship.

While Stewart didn’t comment on the company’s reason for this decision, he did leave fans with this:

While there are many cost and efficiency advantages to using an already decked out local studio, there are admittedly some challenges for the casting team. However, the team we’re using is highly professional and we expect them to deliver at a very high level.

The Rift Herald has reached out to Riot Games for confirmation and comment and will update this post when a response has been received.