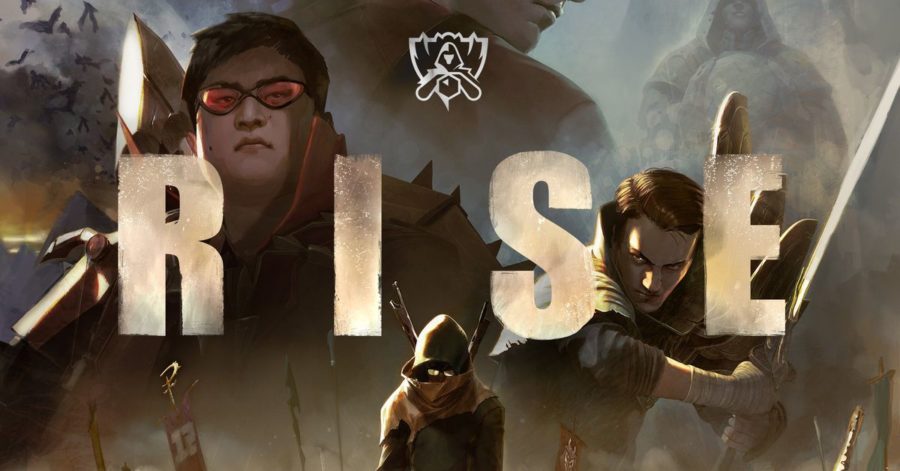 RISE is the 2018 Worlds theme song

Every year, in honor of the World Championships, Riot partners with a musical group (or a few of them) in order to create a commemorative song, and this year’s is RISE. This year’s song was a real group effort as three different musical groups collaborated to help make the song a reality: The Glitch Mob, Mako and The Word Alive.

This year, the song even came with an extremely cool animated video which depicts the journey of one of the world’s most famous players Kang “Ambition” Chan-yong who won the tournament last year along with his team Samsung Galaxy. During his climb Kang uses some of the weapons of his most played champions at the tournament and faces off with other famous players from last year’s tournament, including Uzi decked out to look like Vayne. Once he finally reaches the summit, Kang faces off against the final test, Faker’s Ryze.

The song itself has been met with fairly positive reception from fans, though it doesn’t stray too far from the mold of previous songs like Zedd’s Ignite, Imagine Dragons’ Warriors or Against the Current’s Legends Never Die. This was especially disappointing for the few fans that had worked themselves into a fervor anticipating a K-pop group might do the song. Ultimately though, the incredible video should more than make up for anyone’s disappointment.

If you don’t quite love the song yet, don’t worry, it’s sure to grow on you as it will likely be featured heavily during the World Championships. Competition for Worlds 2018 starts on Oct. 1 and runs all the way through the Finals on Nov. 3.